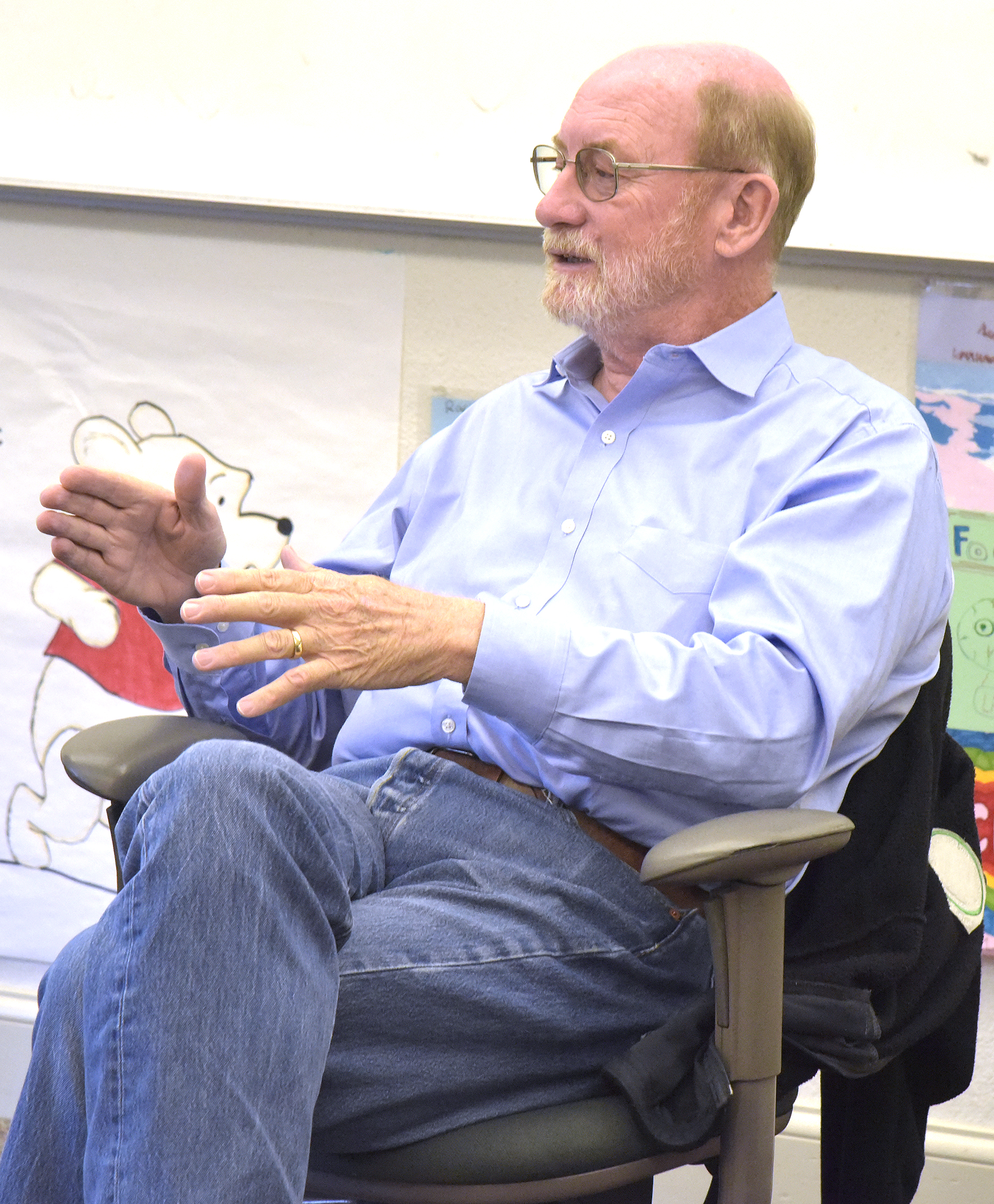 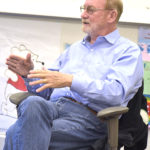 In May 2020, Mount Madonna School junior and senior students will travel to Washington, D.C. to conduct interviews with government and non-government leaders as part of the school’s Values in World Thought program.

As part of the preparation for this spring learning journey, on January 9, John Laird joined the Values class for a conversation with the students. Laird is currently running for the California State Senate to represent the 17th district.

“I invited John Laird because he is one of the most able public servants I know,” said Ward Mailliard, Values program founder. “He has worked at so many levels of government and has been a huge contributor to the quality of life in our area as a member of the Santa Cruz City Council and to the state as a member of the State Assembly and as Secretary of Natural Resources under Governor Brown. I wanted the students to be able to learn about what it means to govern creatively from John’s vast experience; and he has a lot of great and fascinating stories.” 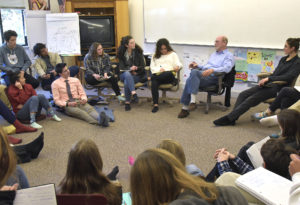 “I’ve been following John Laird’s campaign for some time now, so it was inspiring to meet him in person and have the opportunity to interview him and hear him speak. He’s interesting because he’s always very soft spoken but distinct and to the point. During the interview several of my classmates asked him questions, and he responded to every question that we asked succinctly. He has so much to tell and everything he said was interesting. I want to work in politics to help people, so it was good to hear and talk to a person working in the field. I got to ask him a question as well, which was rewarding. I look forward to our trip to Washington, D.C., where we will interview more people involved in government. – Ami Bharghavan, 11th grade

John Laird had a way of making every person who asked a question or gave him feedback feel seen and heard. He was thoughtful with his responses and really took the time to answer our questions fully. He is very passionate and just from hearing his stories about his many years of experience, I could tell that he picked a profession in which he shines, not just because he is good at his job, but because he truly cares about the issues he tackles. He spoke a lot about how important tackling climate change is, and reminded us that every generation leaves something for the next to clean up and deal with. He wasn’t justifying what his generation had left ours, but he was reminding us that they had done stuff too. Overall, he made the room feel like a safe space where any question was welcome, and no bad questions were asked. – Violet Forbes, 11th grade

Recently we interviewed John Laird, a public official who for many years has been influential in taking on different environmental issues. He talked to us about the importance of stopping climate change, and California’s leading role in this process He spoke to us about how he deals with a federal government that holds such conflicting opinions upon the topic. He told us that in his time as Secretary of Natural Resources, he knew that California couldn’t wait around for disaster to strike, but had to take initiative and lead the fight against climate change. He got personal with us, as he related what it was like to be the first openly gay mayor in the United States, as well as how proud and amazed it is to see how people have become so embracing and accepting of the LGBTQ+ community. It was heart-wrenching to hear about the recent California wildfires from someone who was so involved and up-close in dealing with the damage and restoration. He brought us along with him in his stories and kept us involved every step of the way. – Kira Kaplan, 11th grade