The middle and high schools sponsors two major dramatic events during the year. In the winter there is an all high school production as well as an all middle school production. High school productions have included such plays as Footloose, Fiddler on the Roof, Romeo and Juliet, Into the Woods and Once Upon a Mattress. The middle school has performed Suessical, Mulan Jr., Alice in Wonderland, Oliver and Aladdin among others. In the spring there is a school-wide production of The Ramayana!, an ancient Indian classic depicting an adventurous struggle between the forces of good and evil. 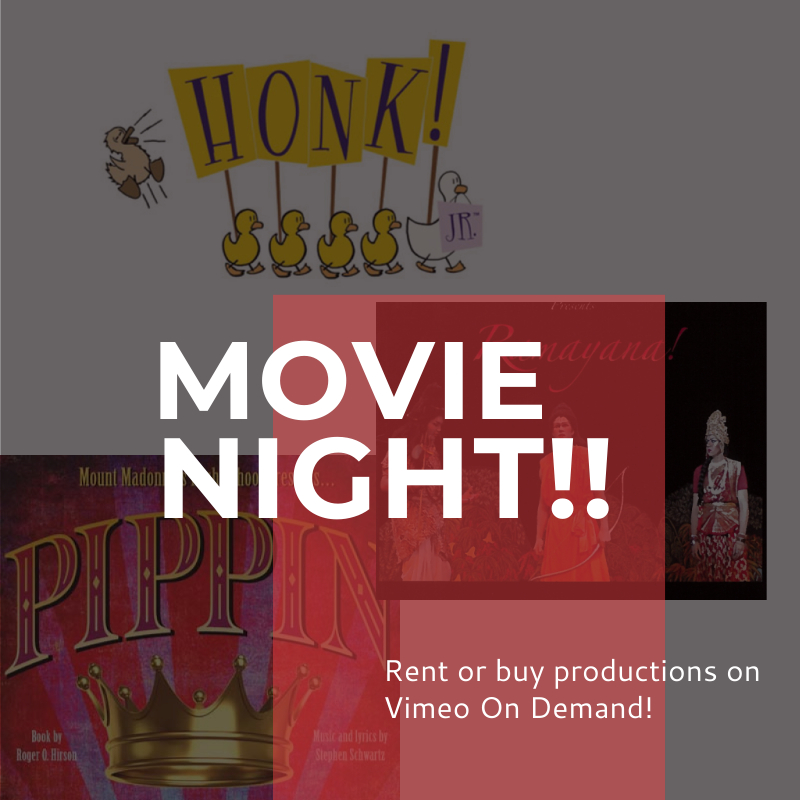 Rent or purchase Ramayana! and other past productions on Vimeo on Demand DVDs and USB of past shows are available in the Hawk Store