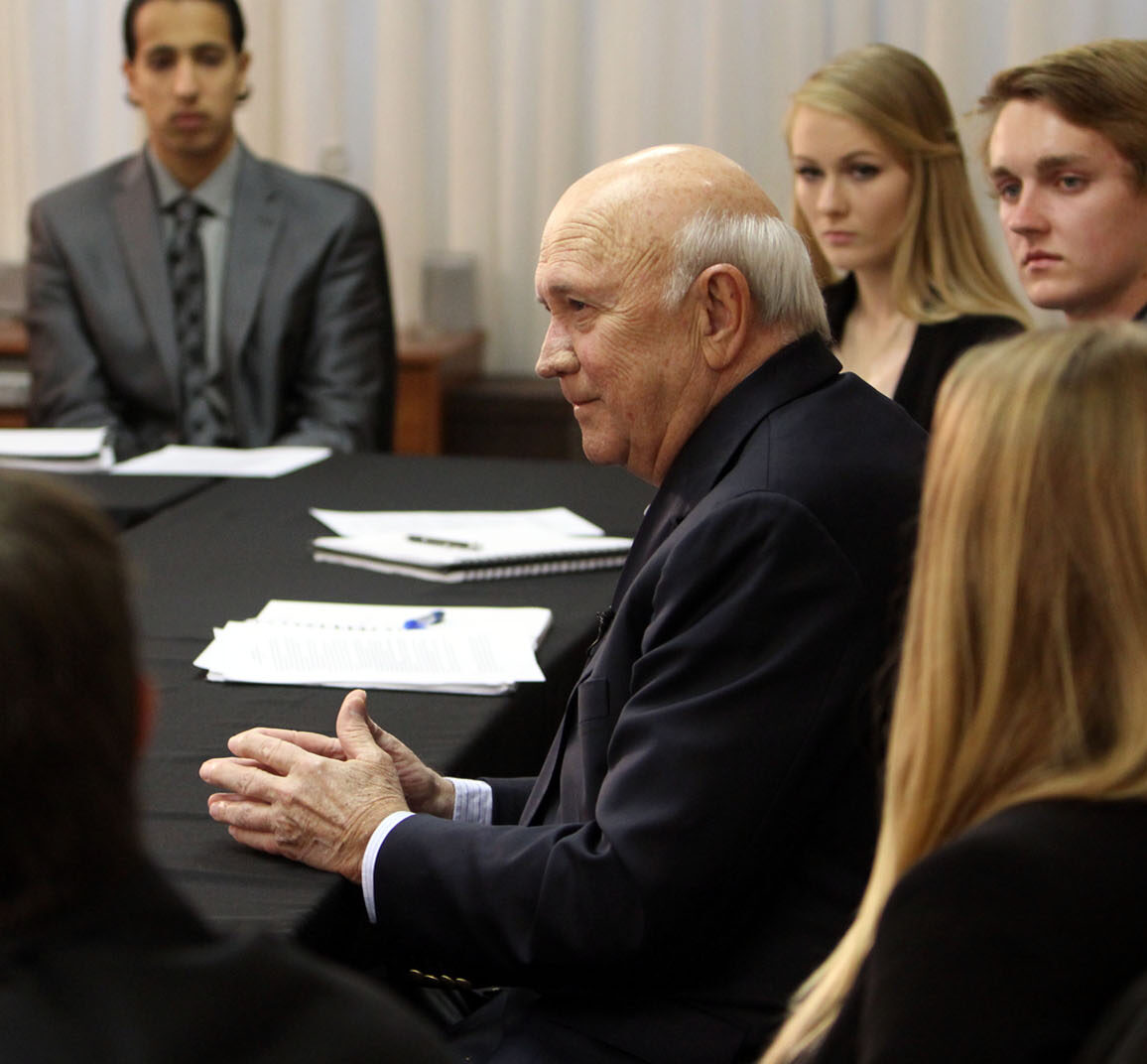 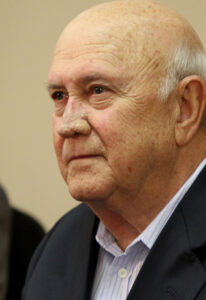 We were saddened to learn that F.W. de Klerk, South Africa’s last apartheid president, passed away on November 11 at age 85. Mount Madonna School students interviewed de Klerk during their 2013 Sawubona-Ngikhona (I see you/Yes, we see you too) learning journey to South Africa.

De Klerk was responsible for freeing Nelson Mandela – who would later become his successor – from prison. In 1993, he and Mandela were jointly awarded a Nobel Peace Prize.

“In 2013 we had the opportunity to meet and interview Mr. de Klerk,” commented Values in World Thought teacher and Director of Upper School Shannon Kelly (’92), upon learning of de Klerk’s passing. “The fact that our students were able to travel to South Africa and interview various individuals involved in the transition from apartheid to post-apartheid South Africa was an amazing learning experience and one that I hope helped them understand the importance of the truth and reconciliation process. The ability to acknowledge and face injustice is the first step in the healing process. I appreciate that Mr. de Klerk helped my students see that lesson in action.”