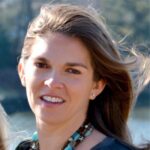 The fight for democracy and the fight for equality have long been intertwined in the United States. In the wake of George Floyd’s murder and the ongoing racial injustices impacting communities of color, Leadership Now put together an analysis that lays out the critical linkages between systemic racism and the flaws in our democratic system. The analysis demonstrates the ways in which voter participation, electoral systems, campaign finance, and representation in politics are both products of, and contributors to, structural racism.

Laxmi Wordham graduated from Mount Madonna high school in 1993. She has over 20 years of digital and technology expertise, working to bring digital transformations and innovation to traditional businesses. She has been a consultant at Booz Allen & Hamilton, business leader at LexisNexis and Chief Digital Officer at The Michael J. Fox Foundation. Most recently Laxmi co-founded Hylofit, a health and wellness technology startup in the equestrian industry. Laxmi holds a Bachelor’s Degree in Engineering from Princeton University and an MBA from Harvard Business School.

Laxmi is a founding member of Leadership Now Project. Incubated in 2017 by a group of Harvard Business School alumni, Leadership Now activates the resources, networks, and skills of its members. We power reforms to our system through sophisticated analytics; engage in thought leadership; mobilize new investments in a portfolio of reform organizations like OpenSecrets and recognize political leaders who change the game and share our principles. Leadership Now is encouraging the business community to stand up and take action for the continuity of the 2020 Election and highlighting the role that business can play in solving the critical issues facing our nation as we transition to a new administration. We are also committed to moving from words to action to advance racial equity. Today, Leadership Now has members in six cities and continues to grow.

​
All of the events in the series will be offered via Zoom. Tickets are available for a suggested donation of $20, and can be ordered via the speaker series website, sdgspeakerseries.org.

SDG Speaker Series: FishWise: Sustaining Ocean Ecosystems and the People Who Depend on Them by Transforming Global Seafood Supply Chains