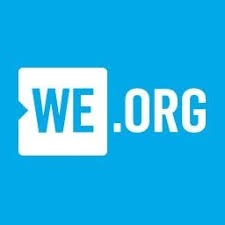 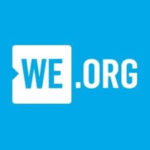 When Emi Lord and her fifth grade classmates walk the red carpet at The Forum in Inglewood in a couple weeks, not only will her class’s environmental project on humpback whales be on her mind – after all that what’s earned the students an invitation to the California WE Day – she’s also hoping to meet some of the celebrity performers and activists face-to-face and talk with them about the project.

“I am excited about WE Day because we were chosen for our work and it’s probably a once-in-a lifetime opportunity for all of us,” said Lord. “It’s really special to me because it shows how hard work can really make a difference and pay off.”

In spite of very slim odds of even one class being invited to attend one of the exclusive annual WE Day events, two Mount Madonna School classes – the fifth and ninth grades – were both invited to participate based on their class environmental efforts and in-depth projects aimed at protecting humpback whales (fifth grade) and reducing plastic pollution (ninth grade). The effort is particularly sweet for the elementary students, as WE Days are primarily attended by high school students.

And while the arena setting, cameras and numerous media might seem more reminiscent of a glamorous rock concert, on April 19 distinguished environmentalists and activist guest speakers will take to the stage alongside A-list performers to empower and honor tens of thousands of youth – including the Mount Madonna School students – in acknowledgment of a year of actions that have helped to transform communities and change lives locally, nationally and around the world.

“The ninth and fifth grade buddies have two distinct projects but one common goal – to help protect the environment so that animals have a world in which they can live and thrive,” commented high school science teacher Nicole Silva. “The ninth grade project has been to reduce single use plastics both in our school environment as well as in our local community. As ‘Urban Backpackers’ the students have been making a difference in the reduction of single-use plastics which goes hand in hand with the fifth grade project of protecting the humpback whale. Together, these two projects are simultaneously working towards a common goal of stewardship towards our planet. We are excited that we get to celebrate social action and change through the WE day celebration.”

Fifth grade teacher Jessica Cambell learned of the WE organization from another local teacher, who encouraged her to submit her class’s annual environmental project and original, educational movie under the “Film for Change” category of the WE Schools program. Cambell did submit the project, and was surprised a short time later to hear from a WE representative that the organization was really interested, and plans to feature the students’ work in their upcoming newsletter. Meanwhile Silva applied to WE for her ninth grade marine biology students’ plastic pollution project.

Both teachers were stunned recently to learn that both classes have been invited to attend the California WE.

“You apply to be considered,” explained Cambell, “but it’s made very clear through multiple communications and disclaimers that very few are invited to attend. There was only a very slim chance that our students would get picked for WE Day, and to have both an elementary and a high school class selected based on the merits of their environmental efforts is particularly validating and wonderful!” 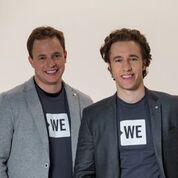 “It will be so cool to meet famous people that care about kids doing things to help the world,” said fifth grader Izaak Ocampo-Sobkoviak, “And exciting that we got noticed for our work to help the humpback whale!”

WE Day, and the multi-faceted WE organization (we.org) was started more than 20 years ago by Craig and Marc Kielburger. With their original Free the Children effort, the brothers – just children themselves at the time – set out to work with developing communities to free children and their families from poverty and exploitation, and the scope just kept expanding.

“It’s so inspiring to learn about what they did as young kids,” remarked Cambell. “In fact that’s what got me interested in sharing their story and work with my students. The Kielburgers were just 10 and 12 when they got started. They cared a lot about other people and our world, and would not drop it – and look at what they were able to accomplish. I knew their story would inspire my fifth graders who are about that same age, and help to show them that each kid really can make a difference!”

A total of 19 stadium-sized WE Day events will be held in 2017-18, in cities across the United States, Canada, the UK and the Caribbean; the Los Angeles event is the only one on the West Coast. The California event will be filmed for a one-hour national televised broadcast special airing on ABC on August 17 at 8:00pm ET (5:00pm PST). 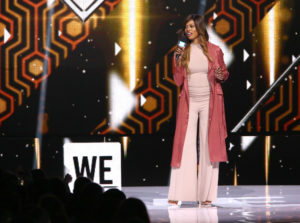 Among those scheduled to appear at the California WE Day are the inaugural youth poet laureate, Amanda Gorman, actors Morgan Freeman, Martin Sheen, Jennifer Aniston, John Stamos, Lily Collins and Will Ferrell, musicians including Dierks Bentley and Selena Gomez, Cameron Kasky and Jackie Corin, co-founders of the #NeverAgain movement and organizers of The March for our Lives, model and activist Winnie Harlow, Good Starts Young Ambassador and actress Monique Coleman, the Kielburger brothers, and many others.

“WE Day is the Olympics for change-makers,” commented a spokesperson for the organization. “It’s the Academy Awards for real people who are making a difference. It fills stadiums around the globe. It’s live-streamed. It’s broadcast. WE Day is a powerful, life-changing experience with world-renowned speakers and performers, mixed with real inspirational stories of change.”

You can’t buy WE Day tickets, attendees earn an invitation based on service and merit. Throughout the yearlong WE Schools program, schools and groups take on one local and one global action and report back on their results to potentially earn a coveted invitation to WE Day. Attendance for invited guest is free thanks to event sponsors.

“It’s very connected,” commented Cambell, “And among the tens of thousands attending each event, 95% will be kids! Anything that honors what the kids do and validates their work can make a lasting impression and fuels kids’ passion for creating lasting change.”

“I want our students to know they really can create positive change in the world,” she continued. “If something fun like WE Day ignites that spark and helps to fuel their passion of caring for the broader community, I’m all for it. What a powerful experience to be surrounded by thousands of other kids who are all taking action and helping to create a better world.”

“Being around thousands of kids who have the same goals as us will be amazing,” said Don Carlos. “It makes me feel like this generation really can change the world.”