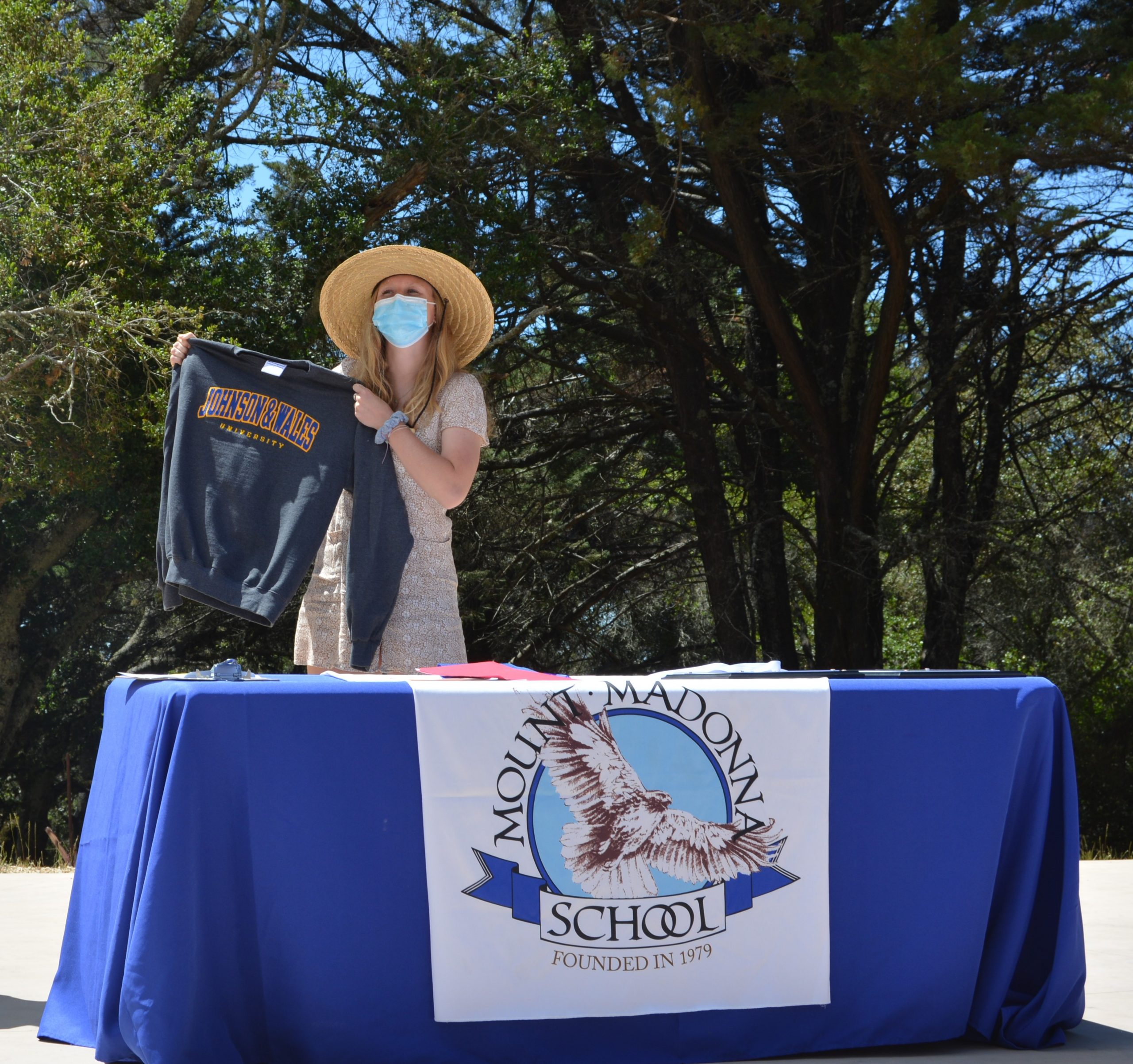 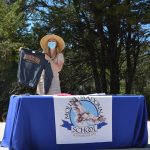 Mount Madonna School (MMS) senior Savannah Cambell, who graduates later this week, signed a National Letter of Intent with Johnson & Wales University in Providence, Rhode Island on Monday. Cambell, a 5’ 10” setter with quick hands and an eye for the game, will join the DIII Wildcats to play volleyball beginning this fall.

For several years, Cambell played for the Main Beach Volleyball Club in Aptos, and before that with Club Cruz and Summit Volleyball Club. She began her volleyball aspirations with Mount Madonna School in third grade.

As a high school athlete, she was recognized sophomore year with an All-SCCAL (Santa Cruz Coast Athletic League) Honorable Mention; and as a junior was named Athlete of the Week on October 7, 2019, by the Watsonville Register-Pajaronian newspaper. In 2019, Cambell was honored by CalHISports.com as an All-State Girls Volleyball First Team pick; and selected for the All-SCCAL Second Team.

In 2019-2020, Cambell, helped lead the Hawks to the D-V State Championship, after first winning the Central Coast Section (CCS) and NorCal titles, as well as receiving the California Interscholastic Federation’s (CIF) scholastic team award for having one of the top five grade point averages among all fall 2019 CCS volleyball teams.

“I am so excited to be playing volleyball at Johnson & Wales,” commented Cambell. “It has been my dream to play volleyball in college and that dream came true earlier this fall. When I went to visit the school, I knew it would become my new home. The sport has become a part of who I am and I’m ready to take it to the next level as a Wildcat!”

The 2019 state championship was the second in Mount Madonna’s history; the first was also a girls volleyball title awarded in 2007.

“Savannah has had unparalleled success with us at Mount Madonna School,” commented High School Athletic Director PK McDonald (’04). “It was a gift to be able to watch her volleyball skills develop. She consistently played with her whole heart, and was always a great friend and teammate. I am so happy that Savannah has the opportunity to continue her journey, and wish her the best of luck!”