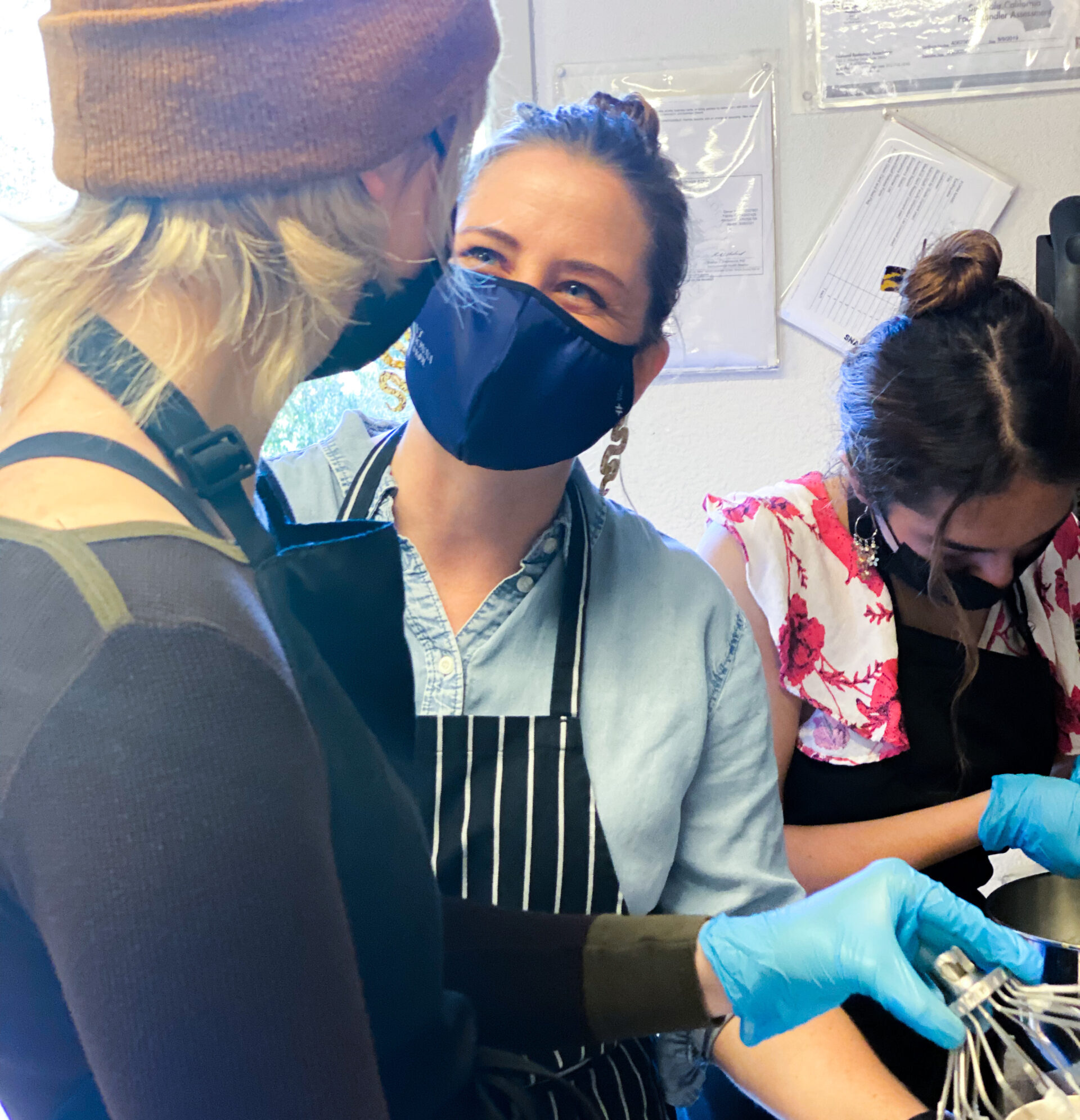 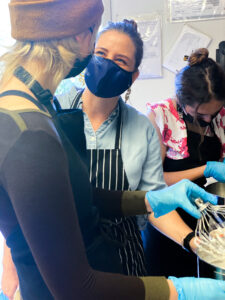 The meal, which consisted of a butternut squash risotto, an apple walnut salad, bread and chocolate mousse, was executed entirely by the students from concept to presentation. The kitchen was humming with activity as the meal came together. As they cooked, the group of students talked through their processes, problem solved, delegated tasks, laughed and danced to music.

“Ben, can you help me here? I’m horrible at separating egg whites!” said senior Grace Timan, who was working on the chocolate mousse.

“Sure,” said classmate Ben Pearson laughing, and demonstrated to Timan how to catch the egg yolk in the shell.

Meanwhile, other students were toasting walnuts, chopping herbs, preparing the broth, and keeping up with dishes as they went.

“The trick to risotto is to toast everything together for two minutes, and then add the broth,” high school teacher Sara Sobkoviak instructed the class. Sobkoviak leads the Adulting 101 class at MMS, which equips students in real-world skills such as culinary arts, gardening, financial planning, construction, child development, college readiness and more. 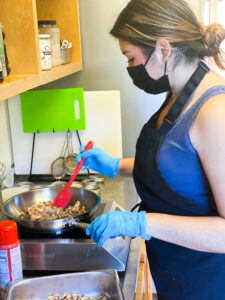 Savory smells wafted from the risotto pot as other students layered the mousse in small attractive serving glasses.

“There better be some left for us,” one student joked.

The meal was a big hit for the staff event.

“The love and the care that these students put into making our food – you could taste it,” said Head of School Ann Goewert. “The best part was listening to them talk about the process of making the food and seeing their pride. They put thought, intention, and effort in everything they did.”

“It was amazing across the board. And that mousse? Divine,” Goewert commented.

Student Kayla Goldstein said she enjoys all the leadership opportunities given to seniors at MMS.

“Once you become a senior at Mount Madonna School, you get put in all these leadership roles and given all these responsibilities and are actually in charge of projects. Like cooking a whole meal, for example. It’s pretty awesome to know that I’m capable of doing that,” said Goldstein.

Goldstein talked about the skills in the kitchen that transfer to other facets of life.

“I think task delegation is something you learn in the kitchen,” she said. “It feels uncomfortable at first. I’m not really used to telling people what to do. But I think it’s a really useful skill in the real world, and the more you do it, the more comfortable you get with it.”

Pearson said he enjoys the creative outlet of the kitchen. “I like that I can express that side of myself at MMS,” he said. 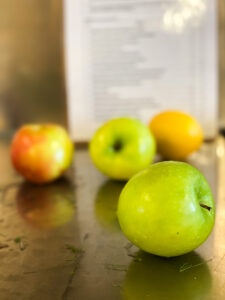 Timan nodded, and added, “Even though I’m not the best cook, I’m learning so much alongside my peers. We are a really close class, and we lean on each other. I’m not afraid to make mistakes or try new things. I think that’s what I really love about the Adulting 101 class.”

“I might be no good at separating egg whites, I’m going to try anyhow. And my friends make it fun,” Timan said.

Sobkoviak originally proposed the idea for the course based on her own interest in cooking and gardening and reflecting on how to best prepare students for life outside MMS.

“I saw that our little ones were baking and working in the children’s garden and I thought that we were missing the big-kid version to bring their time here at MMS full circle,” Sobkoviak said.

“At the heart of this program is the growth in confidence, pride in their work,” she continued, “and that value and meaning that each student finds in the hands-on experience.”