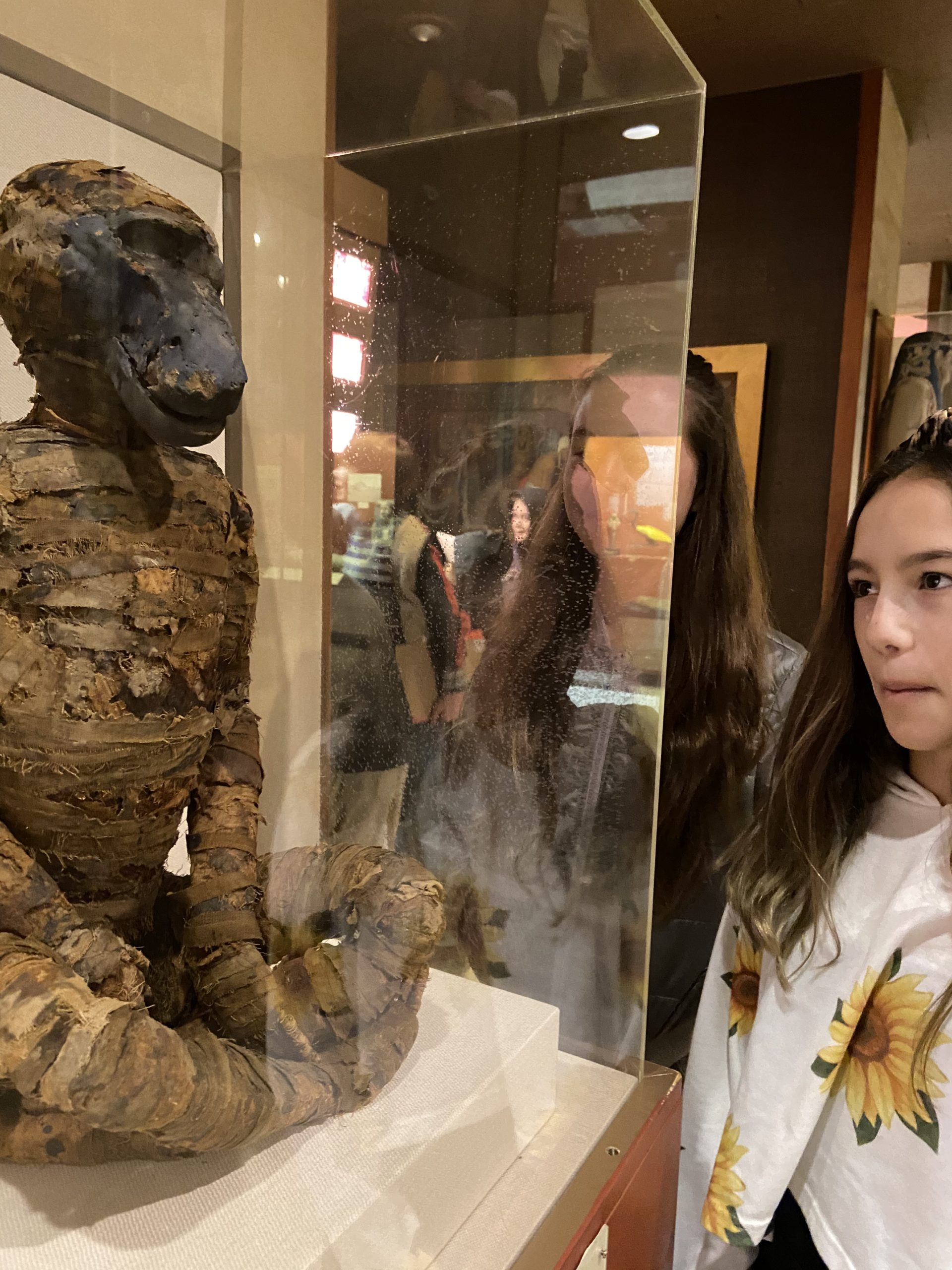 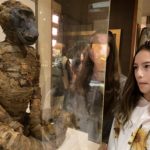 “For seventh grade students it was a review of what they learned in sixth grade world history,” said teacher Chrislaine Miller. “These students were really engaged and asked good questions. They were also well-prepared to answer some of the questions that the tour guides asked.” 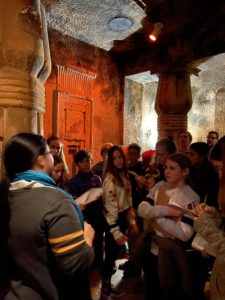 Several students expressed interested in the mummies, the mummification process and other aspects of the ancient culture.

“Have you ever seen a mummified cat? Or a mummified baby crocodile?” asked seventh grader Amelie Zands. “I have, during our field trip to the Rosicrucian Museum.”

“The museum holds many real and recreated artifacts from ancient Egypt,” said classmate Ava Hudnut. “The museum does its best to recreate what life was like, showing everything from games they played to a replica big tomb carved into a mountainside. I saw three things I saw that struck me. One was the Canopic jars. When a body was preserved, all of the organs except for the heart were removed. The brains were discarded because they felt all of the important decisions were made by the heart, so it was left intact, in the body. The other organs were placed in the jars and given to the family.

“I also liked the hieroglyphics used to communicate with others and to tell stories and record events and achievements,” she continued. “The last artifact was the human mummy. This ancient mummy still has traces of red hair on it. This mummy was a natural redhead and so was Ramses II. The people who work there believe the mummified child might be related to Ramses II.” 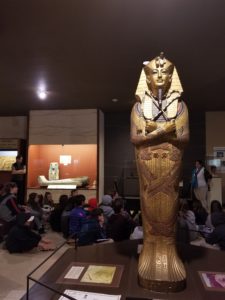 “I found it interesting that you can learn so much from artifacts,” commented seventh grader Nash Wilson. “I’d like to learn more about Egyptian board games. At the museum I saw the Senet and thought it looked like a pretty cool board game. It turns out that the Senet is more than just a fun game played by young Egyptians; it can also grant you good luck, but only if you win.”

“There was a lot of Egyptian art and handiwork on display,” noted classmate Mordecai Coleman. “I think hands-on experiences, such as visiting a museum, can really help with learning.”

The Rosicrucian Egyptian Museum is home to the largest collection of Egyptian artifacts on exhibit in western North America, including objects from pre-dynastic times through Egypt’s early Islamic era.

For sixth grade students, the museum outing was an opportunity to expand upon their classroom studies of ancient Egypt. 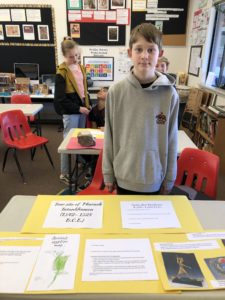 To support this study until, sixth graders, working individually or in small groups, created their own Egyptian tour sites. Each site referenced one pharaoh and three of that pharaoh’s achievements, a map, relevant dates, and three artifacts from that time period. Each completed project and its pieces, was displayed on tables in their classroom.

“Ancient Egyptians believed that anything and everything you painted would become true,” commented Zands. “They depicted gods watching over them and helping them in the belief that it was the truth. Along with their paintings of life, they also painted pictures of the afterlife. We learned so much more [at the museum] than we ever learned from the textbook. I’m glad we had the opportunity to go there.”