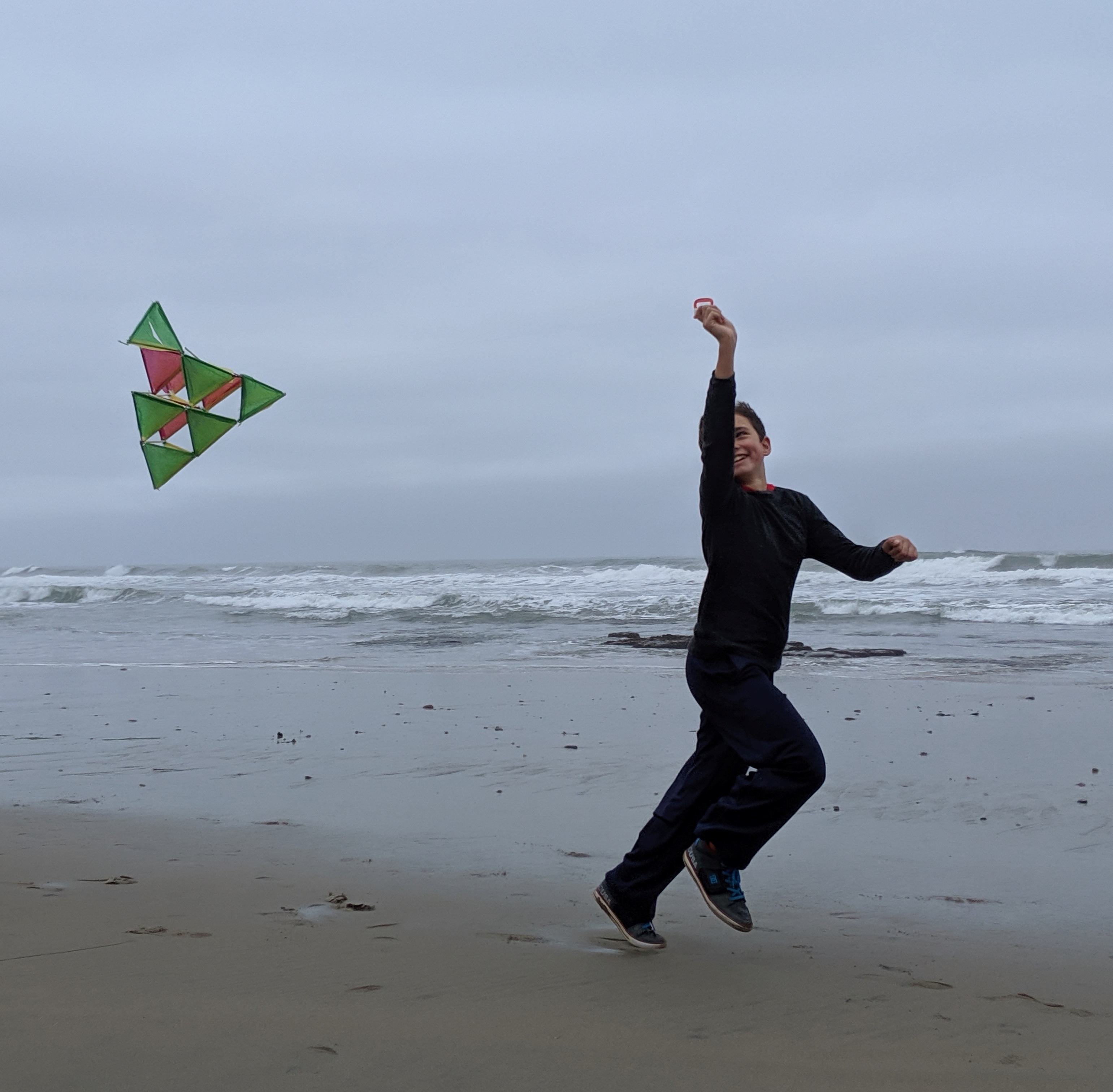 Although a little more wind would have been nice, Mount Madonna School sixth and seventh grade students made the most of their recent visit to Waddell Creek Beach north of Santa Cruz. The students came to the beach to fly their colorful kites, constructed during math class to conclude a unit study on geometry.

“Making the kites was difficult because there were a lot of steps involved, but it was worth the effort,” commented sixth grader Cavan Smith. “I learned how to make a kite and that it’s in the shape of a polyhedron!” 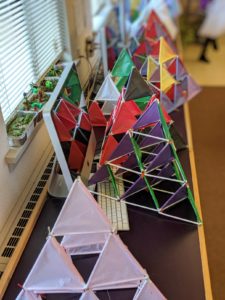 Before constructing their kites, sixth grade students learned how to calculate the area of triangles; while seventh graders learned about calculating the surface area and volume of various 3D shapes, including pyramids, shared teacher Hilary Alvarado. The kites were made up of 10 tetrahedral cells, constructed from paper straws, string, tissue paper and glue. Tetrahedrons are four-sided 3D figures or triangular pyramids. The 10 tetrahedrons were arranged into a triangular pyramid as well.

“The hardest part was weaving the tissue paper and framing together,” commented seventh grader Sophia Manzur.

“It was a fun trip and the kites were beautiful,” shared parent chaperone Encarna Buendia.

“I liked that we got to fly our kites,” added Smith, “and enjoy math on the beach!”