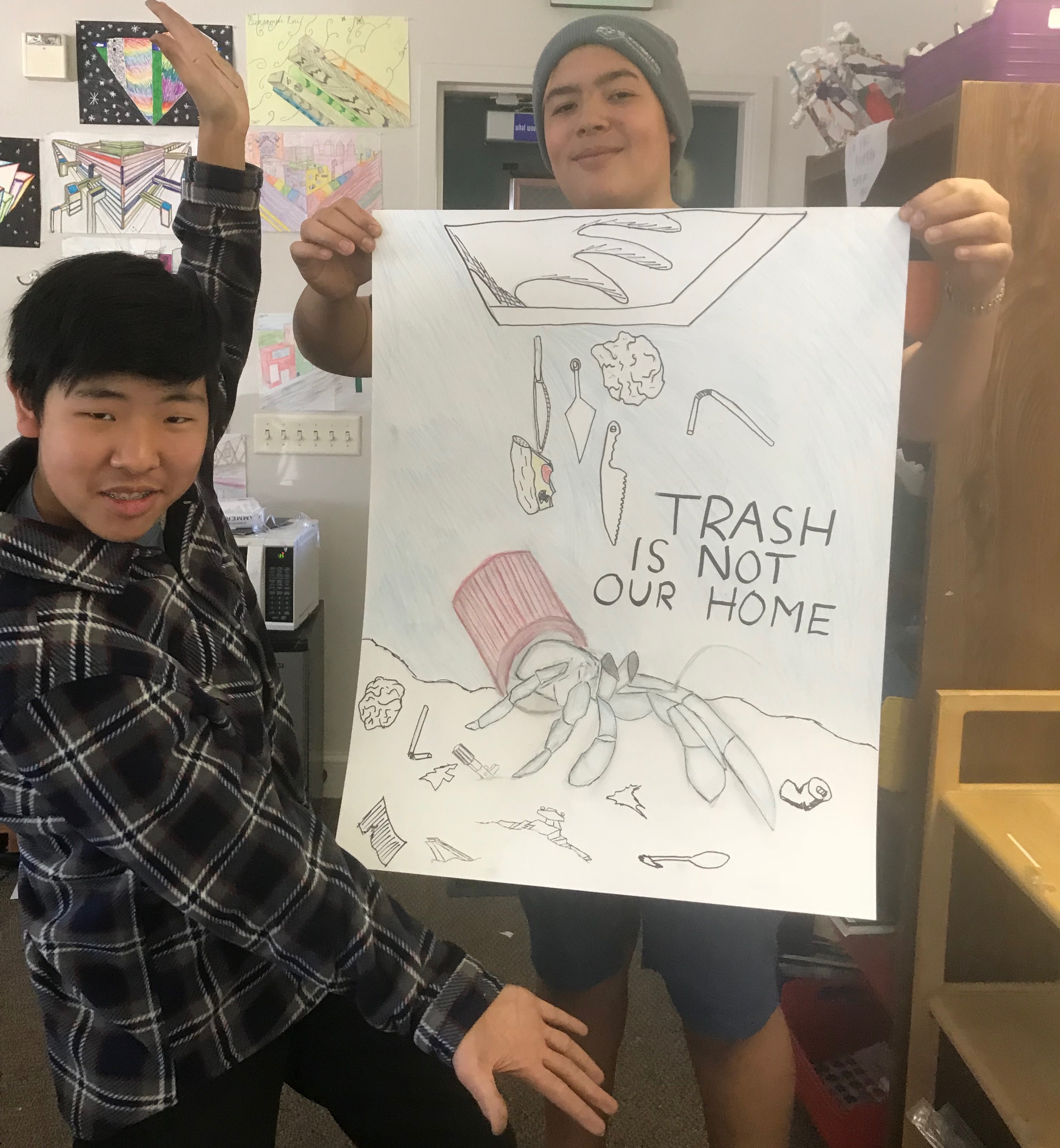 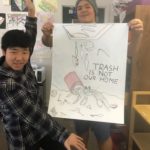 Straws may seem like a small thing to be worried about, but they do make a difference. Over 500 million straws are used every day in America alone, most of which end up in the ocean. They even made the top ten items picked up on beach cleanups. It’s a simple idea to ask for no straw, but sometimes forgetfulness and the ease of a straw are what we focus on. Forcing people to ask for straws allows them to take the time to think if they really need it. Straws aren’t horrible in small amounts, but the rate we use them is unhealthy. Asking for a straw raises awareness for those who may not know or realize what they are doing. – Kira Kaplan, ninth grade

Ninth grade marine biology students at Mount Madonna School (MMS) feel empowered to affect change on issues that concern them. Over the months the students have been focused on reducing the amount of single-use plastics that are used – by themselves, on their school campus and by the broader community. One significant focus of their efforts has been to reduce the number of plastic straws that are used, and that ultimately make their way into our environment, polluting waterways and harming wildlife. 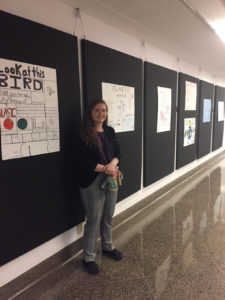 Collaborating in small groups, the students created original posters about the topic, which were exhibited in the Legislators Lobby of the State Capitol in support of AB 1884 (a proposal by Assemblymember Ian Calderon to have restaurants serve straws only upon request). The posters went up to Sacramento with Jackie Nunez of The Last Plastic Straw organization and were exhibited for a week in recognition of the February 20 Oceans Day.

Students also wrote letters to state senators and assemblymembers, asking them to support the AB 1884.

“We are working hard to show others that they, too, can create change and reduce single use plastics,” wrote student Savannah Cambell in a letter to state Senator Bill Monning. “Our oceans’ health is so important because we get every other breath from the ocean, we get food, and the kelp absorbs carbon to help our climate.

“At the California Coastal Cleanup Day people picked up over 180,000 plastic straws on our beaches, showing that these straws are ending up in our oceans. Sadly, a sea turtle in Costa Rica was found with an entire straw in its nostril, which a scientist on a boat had to painfully remove. Luckily, they found and were able to help save this endangered sea turtle, but there are many animals that are not so lucky. Another video shows scientist removing straws from an octopus holding on to them in the ocean, which just shows how many straws are in our oceans and are hurting animals. 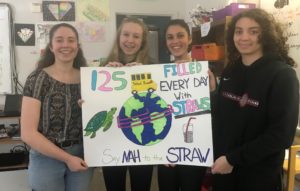 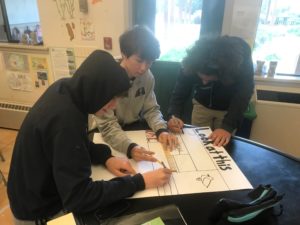 “The straws also end up breaking apart when they are in the environment adding to the microplastics that are in the ocean,” she continued. “This is a big problem because there are little pieces of plastic and the bottom of our food web, the plankton, our consuming the microplastic. In fact, the ratio to plastic to plankton is 36:1.This means if plankton are eating plastic then plastic is getting in our food. Plastic is being mistaken for food and is now found in every animal and straws are a major form of single-use plastic.”

Classmate Kira Kaplan echoed these sentiments in her letter to Assemblymember Mark Stone.

“I am a ninth grade student interested in the safety of our environment, especially in the reduction of single use plastics that are polluting our world every day,” wrote Kaplan. “Currently my class is working with Jackie Nunez, founder of The Last Plastic Straw, to reduce single use plastic in our own lives. We have become “urban backpackers”, by bringing reusable bottles, utensils, napkins and straws with us, we can spare the millions of plastic straws, utensils, cups and napkins used every day. We take our experiences of this easy change, and blog about it on https://studenturbanbackpacker.tumblr.com/. 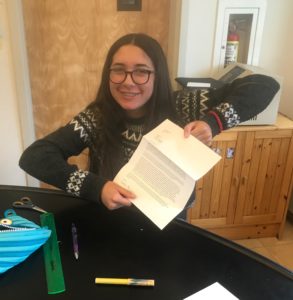 “To reduce our school’s use of single use plastic we are conducting a trash audit, to find how many plastic utensils our student body goes through in one day. We plan to create a proposal to either reduce that number or eliminate it entirely. We are also working with our younger fifth grade buddies on their project to save the humpback whale, and plan to attend and present our project at the Monterey Bay Aquarium.

“As students we can only do so much to reduce single use plastics in our environment,” she continued, ”which is why I’ve come to you for help. Assemblymember Calderon has created a legislation that requires restaurants to make straws available upon request, would allow the customer time to process whether or not they need the straw. It would be wonderful if you would support or recognize this legislation, AB 1884, and I ask that you please look it over and consider it.”

At MMS, every freshman has two periods of marine biology class per week. While those 45-50 minute periods may not seem like a lot, freshman Nadia Rassech said it’s been sufficient to coalesce her class “n coming together to take action. 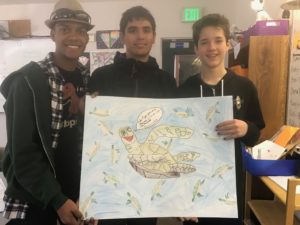 “I support the work Ian Calderon has done to try to encourage the public to be more environmentally cautious for various reasons,” said Rassech. “It is important for people to realize that the more plastic we use, the more plastic that ends up in our stomachs. Since plastic is incredibly difficult to recycle, and can only go through that process once or twice before it becomes too weak to be reused again, a large percentage that we think is safely thrown away, will end up in the ocean.”

Teacher Nicole Silva said she is inspired by the students’ enthusiasm regarding environmental stewardship for our oceans.

“My students have written letters to our legislators, created posters that hung up at the state capitol, are working on creating less single-use waste at our own school, and working in our own community as ‘Urban Backpackers’ to bring awareness and reduce the use of single-use plastics in our local restaurants and coffee shops. While the problem of plastic pollution can feel overwhelming and daunting to some, these ninth grade marine biology students have taken the issue head on and are striving to make lasting differences for the health of our oceans. Their passion and commitment is awesome to see!”