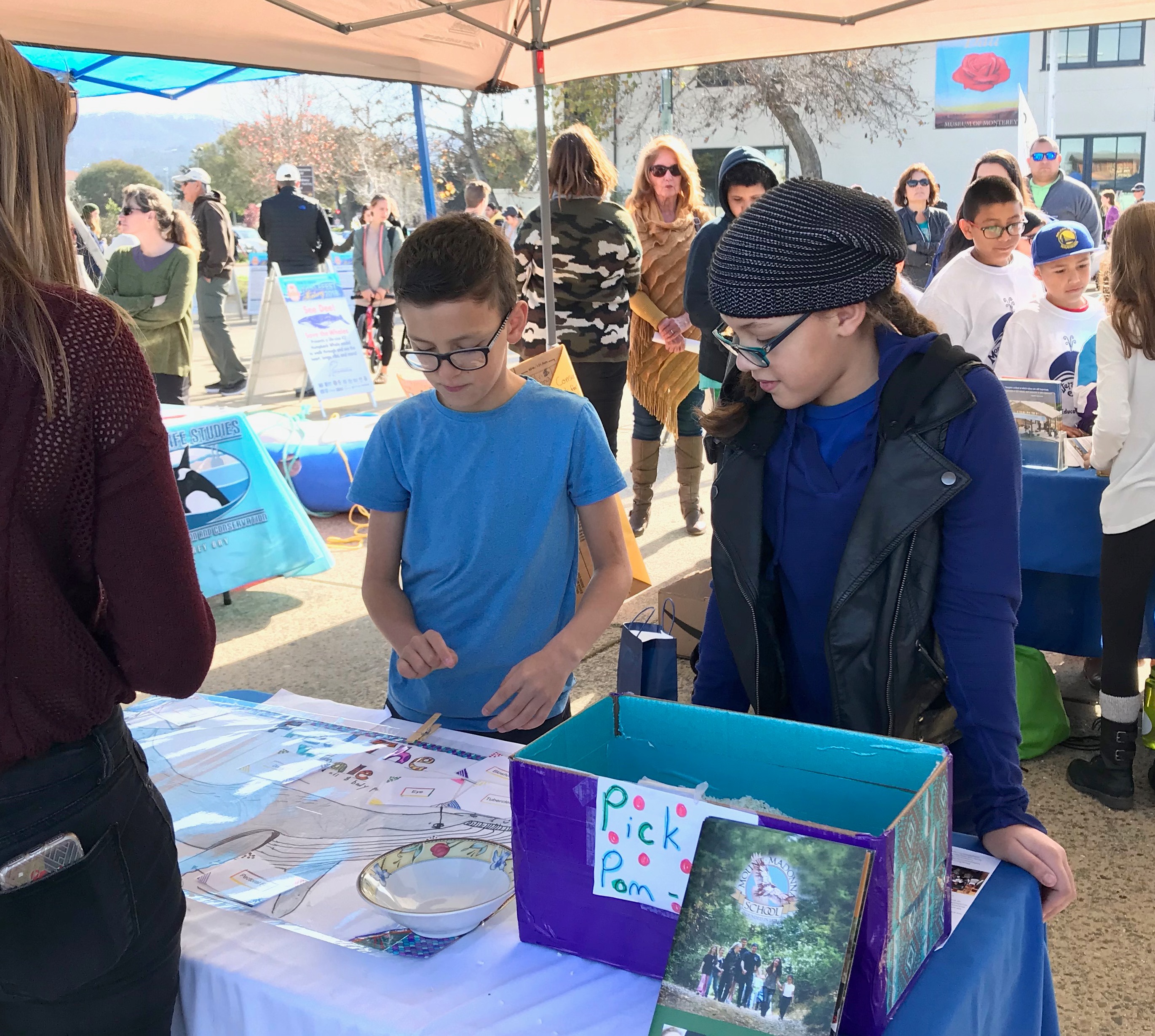 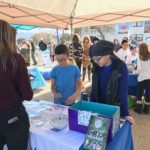 Mount Madonna School (MMS) fifth graders recently participated in the annual two-day Whalefest Monterey event. This weekend field trip provided the students with an opportunity to educate the public about humpback whales. They were invited to participate by Peggy Stap and hosted by Marine Life Studies at the event, following Stap’s visit to MMS to see the students’ whale project work.

In preparation, the students made four educational games to share. One of their games, Fred the Whale, used flashcards that players place on a large whale drawing to show where parts of the whale went. If they got at least half of their answers correct, they earned a prize. Following the game, the fifth graders shared some whale facts. 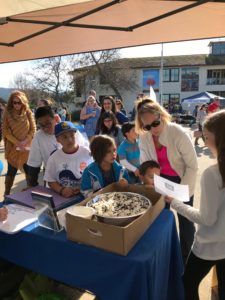 “When I was there I was nervous about how people were going to react when I taught them about humpback whales, but it turned out people actually cared,” said fifth grader Kinsey Don Carlos.

“I was surprised when I arrived and I saw a long line of people in front of our booth,” commented classmate Tej Hemp.

To help people understand facts about ship strikes and the danger to whales, the kids encouraged other kids and adults to play Crossy Ocean, a game that had participants driving a remote control car resembling a boat through a box full of obstacles with pictures of whales on them and get to the other side of “ocean,” retrieve the cargo and re-cross the ocean without hitting a whale, while being timed.

“It is extremely powerful for students to realize that they can apply their learning in the real world and make a difference,” commented teacher and project mentor Jessica Cambell. “It is so powerful for the child to become the teacher and share their passion with the public and watch the public be so inspired by their knowledge and inspiring them to change.”

Students also tackled plastic pollution with their Pick a Pom game. With green pom poms representing food and blue ones representing plastic, the pom poms were placed in a small box full of sand. Players had 20 seconds to pick out as many pom poms as they could, and afterwards were told what each represented, and how they could help by using less plastic that may end up on the beach or in the marine environment. 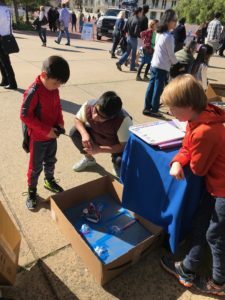 “It was fun to teach people about how they can make a difference and help the ocean and humpback whales,” said fifth grader Elyse Westbrook.

“One family was so taken back by the games and statistics about plastic that they actually came back to the booth later that day to share with the students that they had refused straws at their lunch and said ‘no thank you’ to a bag,” Cambell said. “I felt like it was a gift to be invited and an amazing opportunity for the kids to make a difference and put their learning to use.”

Finally, visitors had the opportunity to engage with one more game, All Tied Up. Players were given 30 seconds to pick beans out of a bowl of rice. In the first round players used their allotted time to pick as many beans out of the rice as they could. In the second round, players were told they could use only their middle and pointer fingers to gather as many beans as they could. A much more difficult proposition! Fifth graders shared that it was a similar to what whales deal with when they become entangled in nets, lines and other marine debris, and offered a few facts about entanglement. 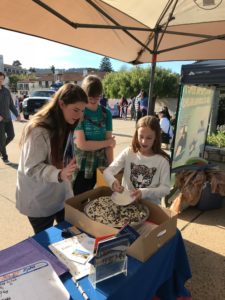 “At first I thought of Whale Fest as a school project,” shared student Emilia Lord. “But within my first hour at our booth, I realized how much more it was, how, even if was with just one person at a time, we could really make a difference.”