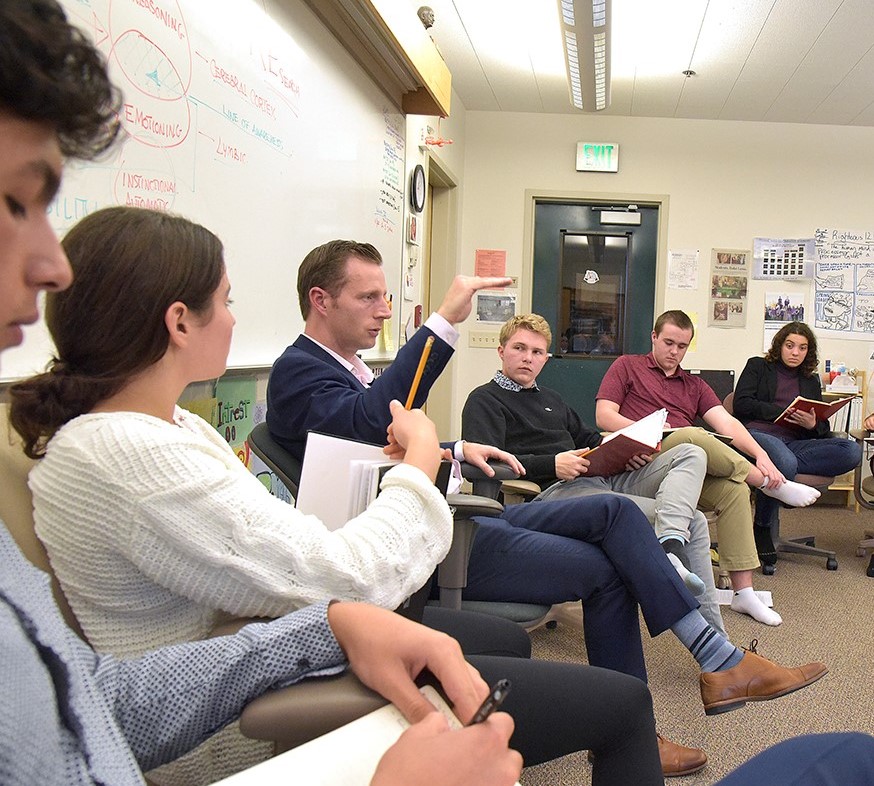 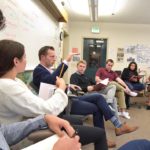 I invited Santa Cruz County Second District Supervisor Zach Friend to meet with the junior and senior students primarily because of the quality of discourse that happens when he visits. The students learn a great deal about local government, which has a far greater impact on our daily lives than we realize. I also appreciate that Supervisor Friend has experience far beyond our local scene, given his experience working as a press secretary on the Obama campaign and working in Washington, D.C. for the White House and the United States Senate, as well as his current willingness to do commentary for CNN, Fox News and other media outlets.

Our students will travel to Washington, D.C. in May 2020 to conduct interviews with government and non-government leaders, and Supervisor Friend helps us connect the local with the national conversation. Finally he is an incisive, entertaining speaker from who the students learn a lot and gain confidence for the interviews to come. He has a very direct style that they appreciate and respect. – Values program founder and co-teacher Ward Mailliard 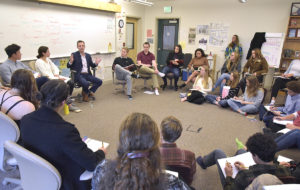 “I walked into the Values classroom with a jumble of nerves, and no idea what to expect. What I walked out with was excitement and awe. Not only was he incredibly smart but a talented speaker as well. He brought us into the conversation so that with every word I was at the edge of my seat. Looking back, I realize that maybe the reason he was so engaging was because of something he believes in so strongly, he wrote a book about it; the narrative. Through emotion and storytelling he kept our focus and attention. He talked about a range of topics, from the importance of local politics (which I’ve learned should be given more credit) to his time in the Blueprint rock band! He talked about his experiences with Fox News, and politicians from opposing points of view, as well as the insights they may potentially have. Before, I didn’t know what a good interview should look like. Would it make me cry (like the seniors in South Africa)? Would it cause my brain to hurt from all the knowledge it was gaining? Would my questions have to be mind-blowingly good? Now I know, that while those all may be side effects of a good interview, the only thing that really counts, is that it is engaging.” – Kira Kaplan, 11th grade

“Coming into the interview with Zach Friend, I was a little bit nervous. I don’t really understand a lot about politics, which caused me to feel slightly intimidated. However, the interview was nothing to be afraid of, because Zach Friend made it very interesting and funny, at times, too. One thing that he spoke about which really struck me was how he approaches opposing arguments. He said, ‘Challenge the other side with their own direction, as opposed to your direction.’ I found this interesting because I think that many people go into arguments or debates only thinking about their own opinion and being set on the fact that they want to win. However, going into a debate, looking at it from the other side in order to use their direction is a really smart idea. If used more often, this idea of using the other side’s direction could potentially create more compromises and beneficial debates. As one of my friends observed, Zach Friend ‘really lived up to his name.’ His friendly demeanor and ability to crack jokes while still teaching us, brought a sense of comfort to the room and made the interview very successful. – Haley Kerr, 12th grade