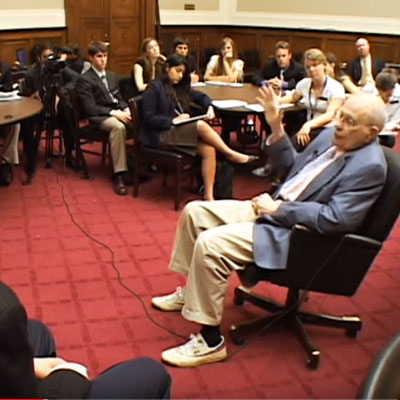 An interview with Congressman John David Dingell Jr. conducted by MMS Values students on their 2006 journey to Washington D.C. was just published last week for the first time.

Dingell, who passed on February 7, 2019, was an American politician who served as a member of the United States House of Representatives from 1955 until 2015. A member of the Democratic Party, he holds the record for longest-ever serving Congressperson in American history, representing Michigan for more than 59 years.