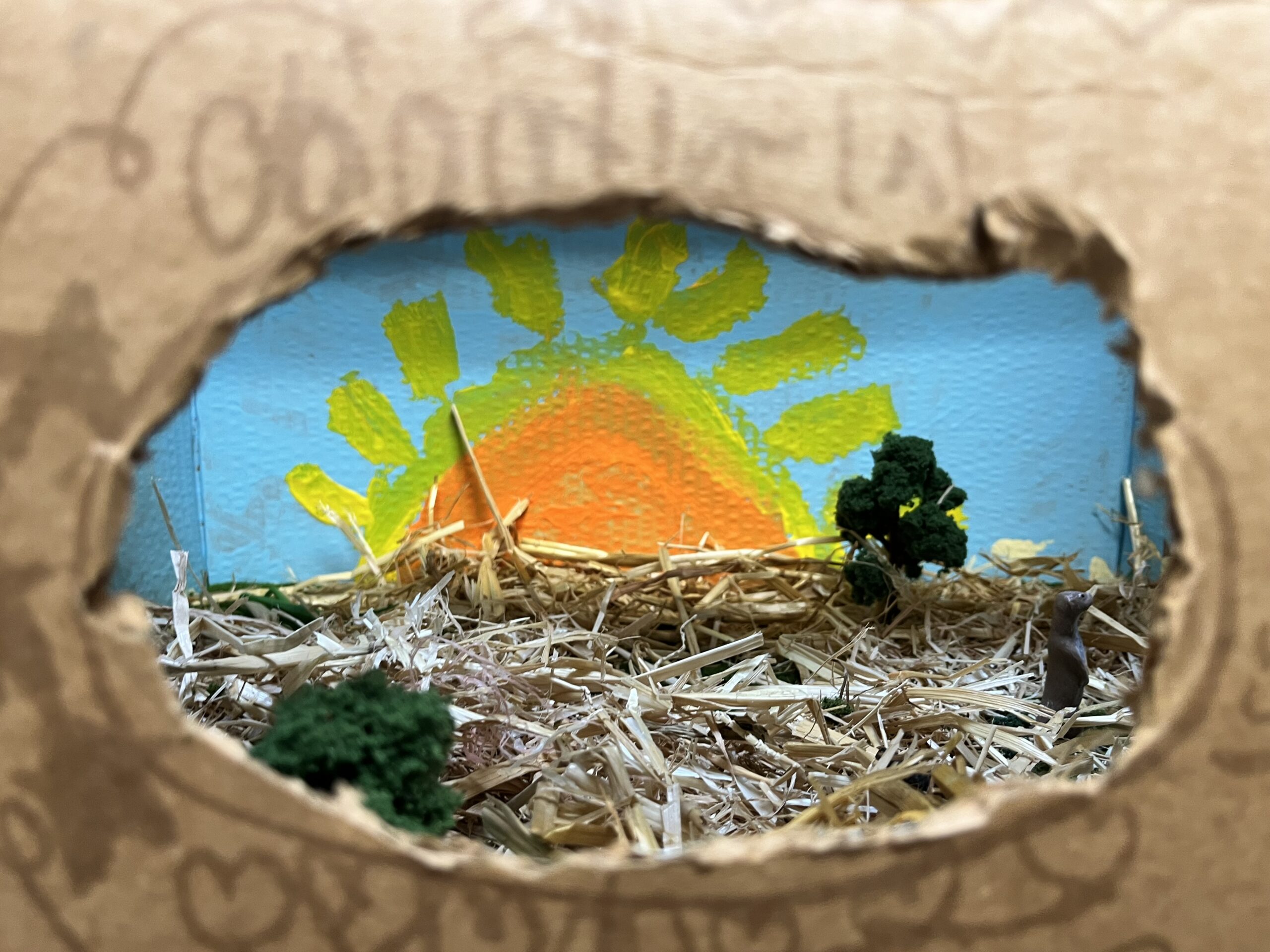 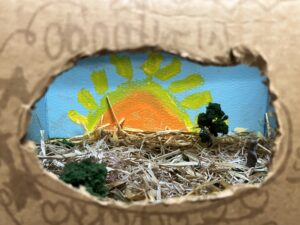 The project included a unit study on the world’s six different biome regions: tundra, coniferous, deciduous, tropical rainforest, grasslands and deserts. Students learned how to identify a biome, what plant and animal life thrive in different climates, and where in the world the different biomes exist.

The students each chose a biome that interested them and got to work recreating a realistic model using cardboard, recyclables, art supplies and other objects.

“Everyone picked their own to research so that student choice and curiosity drove the project” said Madeline Hayes, MMS third grade teacher. “Then we displayed our learning by letting our creative juices flow through a diorama and student-led discussion about what was learned.” 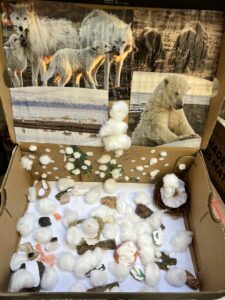 “I really liked reading the biome books,” said third grade student Lyra Brinton. “And I enjoyed making my biome too. I noticed one of my biome’s animals — the bison —hides in its environment, so I created a ‘find the hidden bison’ game with my biome.”

The students were particularly interested in the animals that make their habitat in their chosen biome. Student Orion Wolfe chose the desert for his project, and enjoyed learning that the desert is actually full of wildlife. 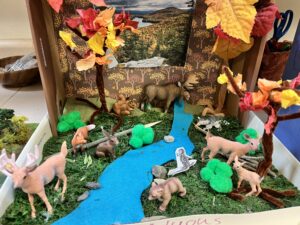 “I liked the sand cat especially,” Wolfe said. “I didn’t know there was a thing called a sand cat!”

Student Katherine Nissly chose the deciduous forest, which makes up much of northern California. 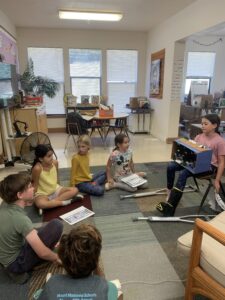 “It was a beautiful learning experience that blended science, engineering and presentation skills,” Hayes said.