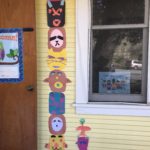 Earlier this year all MMS elementary students began extended, cross-curricular on the theme of “World Changers,” with the intention of sharing highlights of these studies at the annual Cultural Awareness performance on March 27. While that event was ultimately postponed, students, preschool through fifth grade, and their teachers have continued their explorations of this broad theme. Following are highlights of first and second grade’s learning.

For their World Changers focus, first graders incorporated learning about different Native American tribes. The play they had hoped to present at the [now-postponed] performance, was focused on the words of Chief Seattle. Teacher Cassia Laffin said that first grade students were already reciting their lines without their scripts and with very little help weeks before the planned performance.

“I was very pleased with their hard work!” said Laffin.

For their individual projects, each student was assigned to research a specific type of Native American dwelling, and information about the tribe associated with that dwelling type. 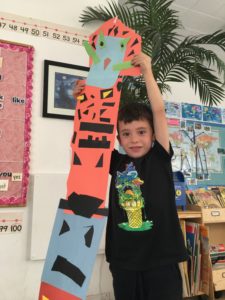 The projects include drawing a picture, or creating a model or diorama of the shelter/dwelling, to be presented along with written report.

In their reports, students were asked to describe their assigned Native American community including leadership and values, traditions, celebrations, coming-of-age ceremonies, primary food sources and how they obtained their food.

“I wanted students to draw connections between their tribe’s environment, the weather in the geographic area where the tribe lived, or currently lives,” said Laffin, “and to understand how these factors affected how native people lived and the resources available to them for food and housing materials.”

Students learned about the cultural significance of totem poles, and while still learning on campus, created their own two-dimensional totem poles to display near their classroom. 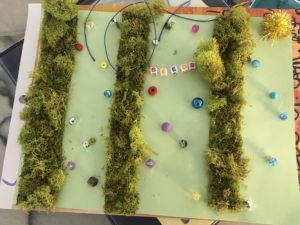 “During February, second graders began rehearsing together for a play they planned to present during the Cultural Awareness presentation. Although that event was postponed, we have continued with our Cultural Awareness 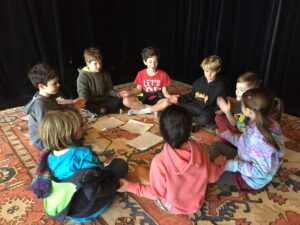 studies through the month of March,” shared teacher Prema Gammons. “We have been reading many stories that depict the lives of migrant farm life. We have also used our artistic skills to draw portraits of Cesar Chavez and Dolores Huerta, the ‘World Changers’ that students are learning about. During our time of remote learning students have created diagrams of their own farms and completed writing assignments on being helpful and kind, using the work of Chavez and Huerta as a starting point.”