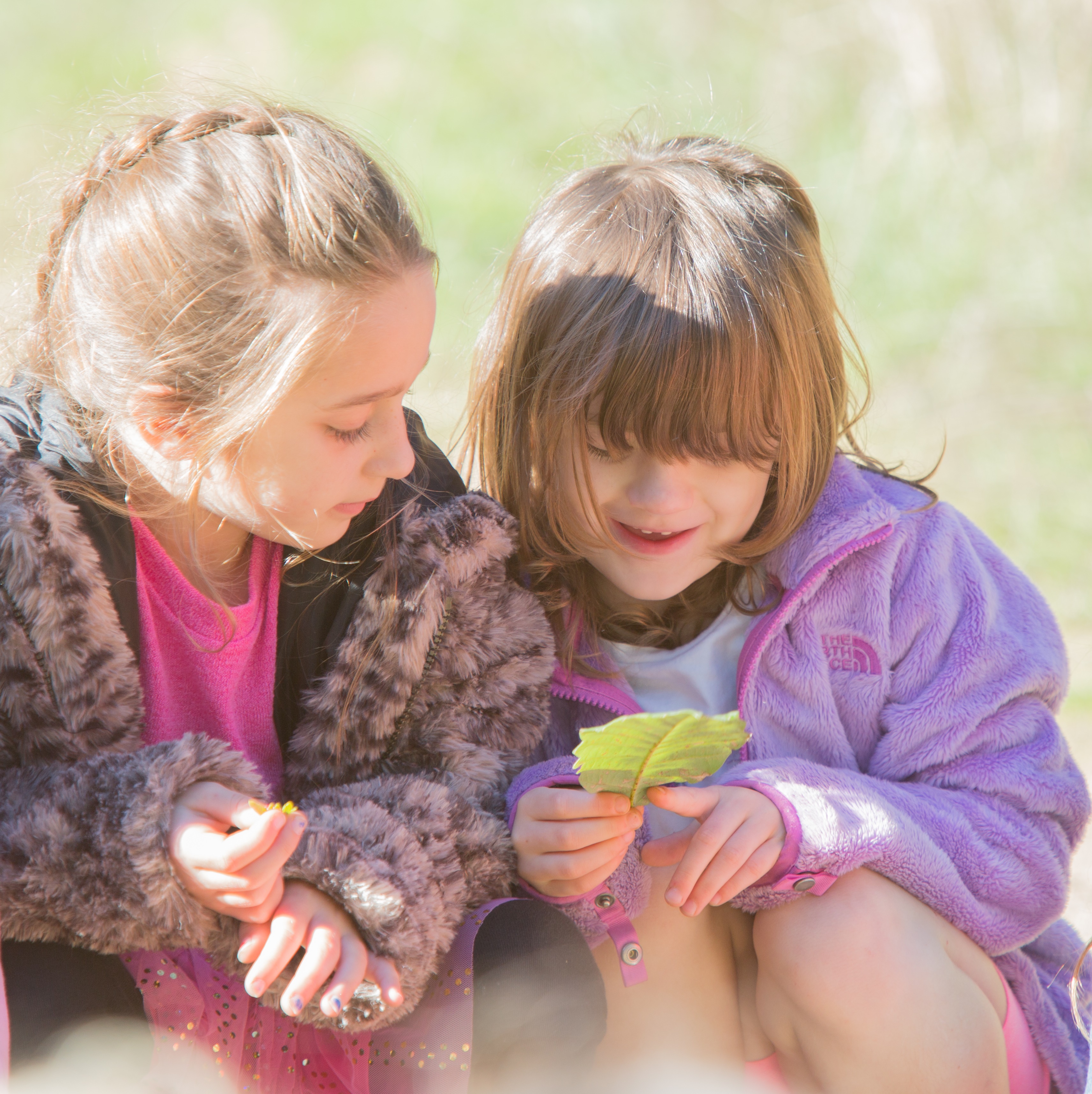 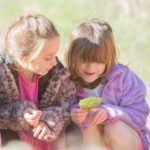 On a sunny morning, not long ago, along a trail crisscrossing Mount Madonna School’s (MMS) campus forest and meadows, preschool, kindergarten and second grade students gathered to listen to MMS Parent and Santa Clara County Parks Interpreter, Lynda Will. She told the traditional Ohlone tale about distinguishing the acorns from different types of oak trees as a way to direct the students’ attention to the importance of the plants and animals valued by the Ohlone and other Native people, early inhabitants of the region.

“We set out initially for the campus lake to see the tule, a plentiful bulrush used by Native people for weaving into baskets, boats, and other items,” Will explained. 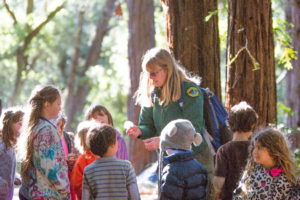 Near the lake’s edge, Will, used a traditional Ohlone tool (the shoulder blade of a deer fashioned into a saw), to cut one-inch samples for each child of green tule to look at and feel. As they continued their walk along the path looking for other plants used by the Ohlone, the students also spotted wild turkey and deer tracks. Teacher Hema Walker pointed out madrone trees, and the students excitedly found madrone berries, which the Ohlone fermented into a cider-like drink, and spied bracken fern, used for basket making. Nearby, beneath the campus oak trees, a treasure trove – an abundance of several types of acorns.

The children had the opportunity to grind up acorns in a mortar and pestle as the story was relayed, as well as examine several kinds of foods, including acorns that the Ohlone gathered from the forest. 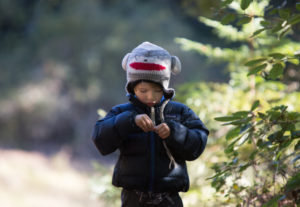 “All acorns were used for food,” said Will. “In the Ohlone story, the acorns are spirit people who are told they will soon be going down to Earth and so must each quickly make a cap or ‘hat.’ For the Valley Oaks, they weave a large basket, so their hats are large. The Live Oak finishes its hat, and is known for a small, smooth cap. The Tanoak doesn’t finish in time, so its cap is shaggy and rough.

“In the story because the Tanoak is unhappy with her basket hat, she curses all of the other acorns so that they won’t taste good. Kids and adults often think it’s a strange story because one acorn wishes the others ill, but the acorn story is not a morality story like many in our Western tradition. The point of the story is for the listener to learn and remember which acorns make the best tasting food. After all, their survival is based on knowing which foods are good and which will make you sick. Native stories are often more about teaching how to survive. 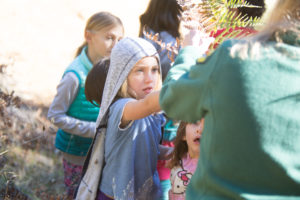 As Will shared the story, students, sitting in a circle, examined up close and rolled acorns of different types around in their small hands.

“It was really nice to have the second graders along on our discovery hike,” Will said. “They’d heard and seen some of this natural history content before, and in support of the practice of oral storytelling, they could speak up and share what they remembered, and continue that tradition.”

Preschool and kindergarten students took this further and later ground up acorns in their classroom mortar and pestle. They rinsed the flour every day for a week and then used it to bake tasty acorn pumpkin biscuits. 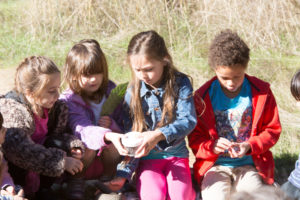 “Learning about the native peoples who lived so harmoniously with the land supports our year-long curriculum of exploring and appreciating the natural world,” said Walker, “and understanding how our lives are dependent upon the gifts of nature.”