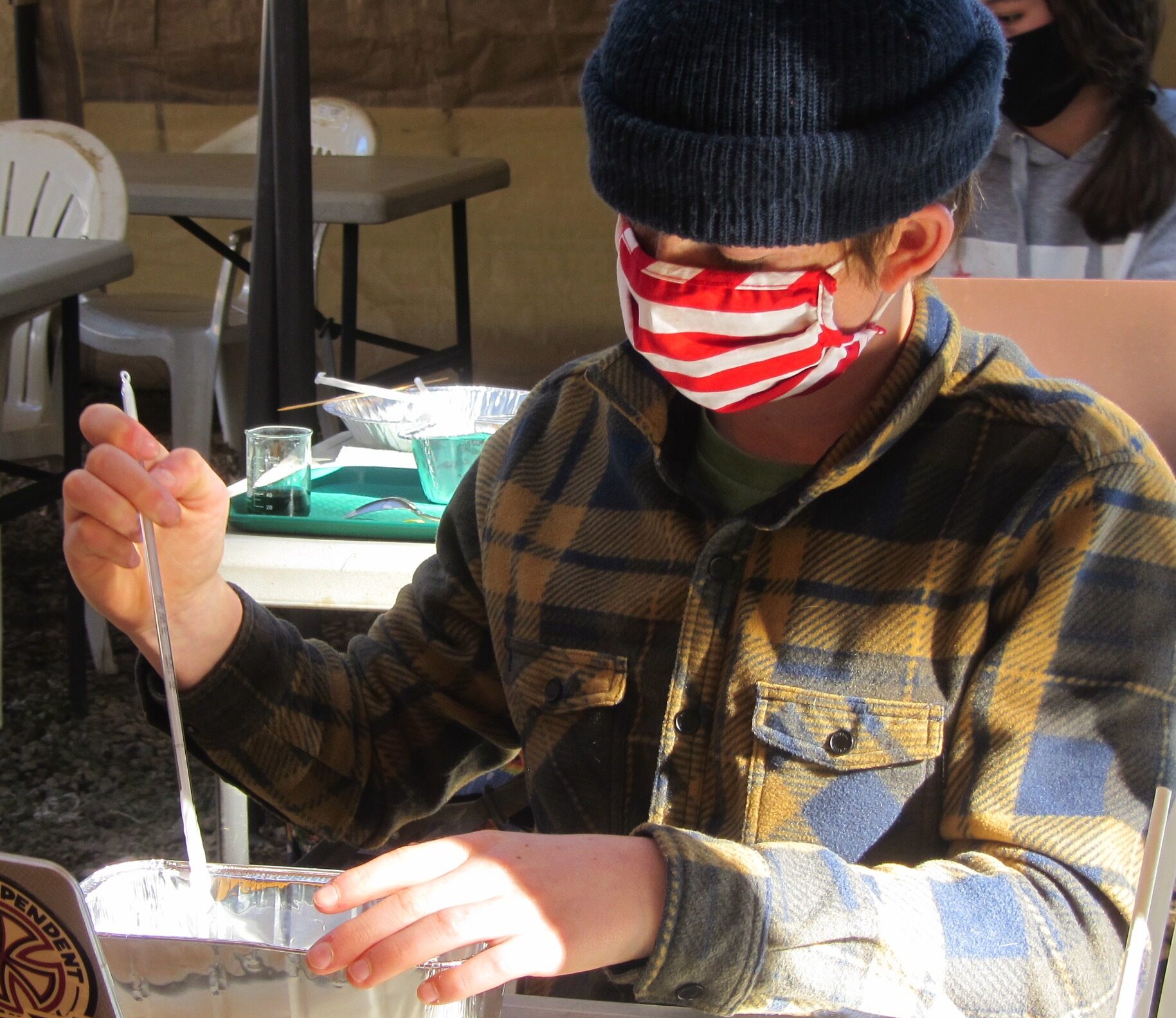 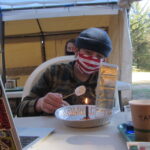 Passersby the seventh grade’s outdoor classroom at Mount Madonna School may have done a double-take on a recent afternoon, to see students toasting marshmallows on sticks over small, individual candle flames. This was not some unusual celebration; instead, it was the first of a three-part, hands-on science lab assigned by middle school science teacher Hilary Alvarado to allow students to demonstrate their knowledge on evidence of chemical reactions.

Students noted their findings, including observations about the marshmallows’ properties before and after.

“My white, soft and spongy marshmallow went from no scent and a sweet taste to crispy, and charred with a burned smell and sweet taste,” noted student Alyssa Hocevar Tabuchi. “The texture changed and it became bumpier. Little bubbles formed on the outside surface. There was some smoke and at least one new substance formed. Fire formed on the marshmallow, as the marshmallow, oxygen and heat combined. Fire is a chemical reaction.” 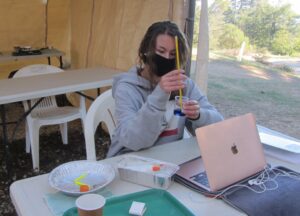 The next activity required students to gently blow warm breaths into straws which were inserted into beakers of liquid Bromothymol blue. At the same time, students inserted foot-long glass thermometers, to track any temperature changes. For this, students spread out along a nearby grassy field with enough distance between them to allow for safely removing their face masks.  Students recorded temperatures of around 15°C and a bright blue color for the liquid at the onset. After a couple of minutes of blowing into the straws, the liquid changed to various shades of green.

“This was a chemical reaction!” shared Hocevar Tabuchi. “The temperature went up, and it might have turned yellow with enough time.”

“I noticed that the Bromothymol Blue had the same viscosity as water and no odor,” commented classmate Lucy Yen. “After blowing carbon dioxide into it, there was a color change and the temperature went from 15°C to a warmer 23°C!”

For the final activity to test their understanding of chemical reactions, students combined a liquid borax solution, white glue and water in an aluminum tray, recoding the temperature as they mixed. Once the mixture became less sticky, students used their hands to knead it. 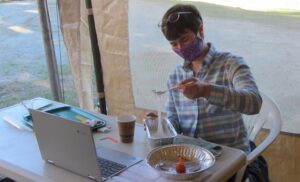 “The borax solution looks like water but has a chemical smell,” observed Yen. “It went from 15°C when I started, to 13°C after mixing, and changed texture from liquid to a slimy and squishy solid. This was a chemical reaction.”

“It has different properties now,” commented Hocevar Tabuchi, “and a different look and feel. It probably won’t dry in the same way.”

Alvarado said students had previously read about, watched videos, and done other labs on chemical reactions.

“This assignment asks students to come up with specific scientific evidence that explains why the three reactions in the lab are chemical reactions,” said Alvarado. “Also, it’s fun! Students get to roast and eat marshmallows, use an acid indicator to detect the presence of carbon dioxide in their breath, and make slime during this assessment. A fun, hands-on assessment takes the pressure off the fact that it’s a test, and lets students relax and show what they know.”