Duwamish, San, Quechua, Maori, Aborigine, and Haida — these enduring, vibrant and distinct cultures from around the world will be spotlighted by Mount Madonna School (MMS) students in their upcoming Cultural Awareness presentations on March 27 and 28. Each year, MMS students, preschool through fifth grade, spend a semester on in-depth learning about a single culture, or, this year, a theme — Indigenous Cultures .

‘According to the United Nations Guide for Indigenous Peoples, there are an estimated 300 million indigenous people in more than 70 countries worldwide. By studying stories, music, dance, art, geography, and culture we see life through another lens, developing understanding and empathy,’ observed MMS Head of Lower School, Supriya McDonald. ‘Indigenous Cultures are the base of human civilization. They share some commonalities of purpose and practice, and yet express their culture with very unique lifestyles that are influenced by the climate and geography that surrounds them. Our salute to a few of the world’s indigenous cultures is our way of showing appreciation and respect. We honor the old ways, as well as share lessons that we can use and preserve for our children and their children.’ 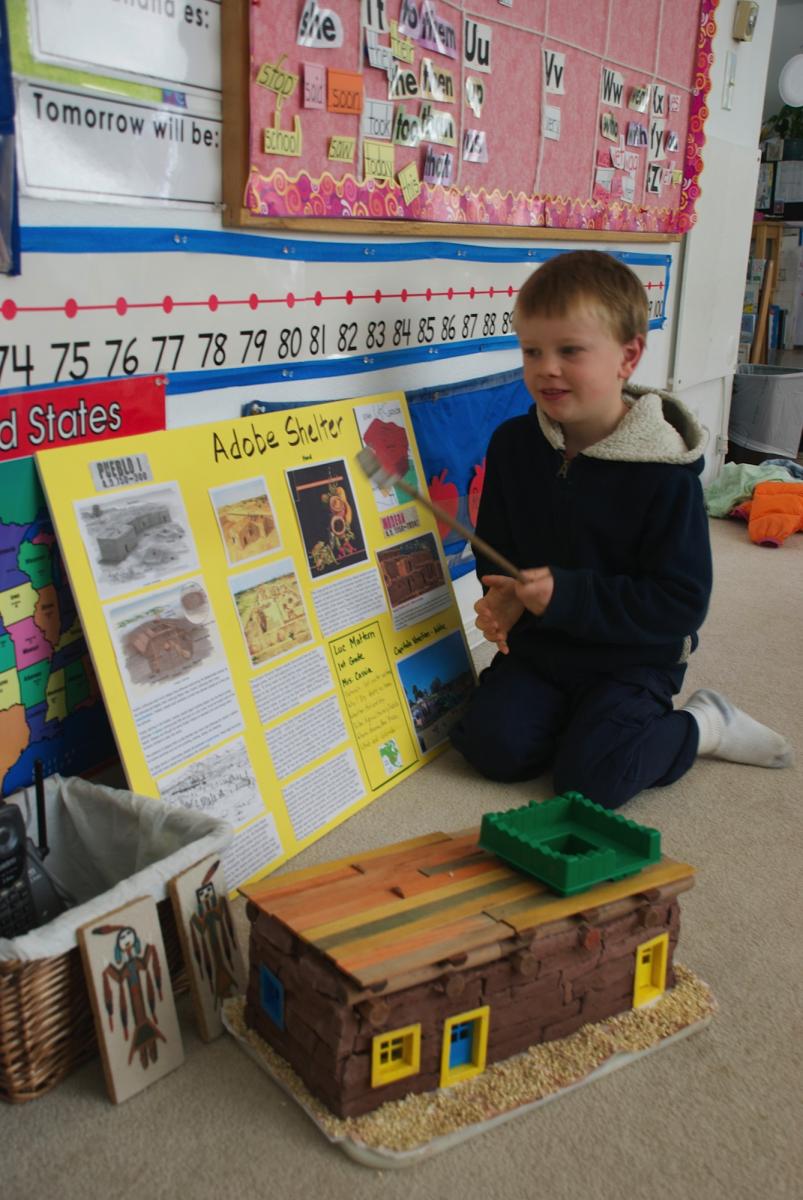 Many indigenous cultures are characterized by their traditions of oral history and storytelling, art and dance. Elementary dance teacher Micha Scott worked with each class and to create choreography that, while not authentic, celebrates the movement and attributes of the various cultures represented.

‘The dances I have choreographed for the Cultural Awareness presentation are inspired by many indigenous cultures, including Native American, African, Aboriginal, and Maori,’ shared Scott. ‘The beauty of this production has been the investigation of the rituals and meanings of dance to each culture, and incorporating these sensibilities with our understanding of them, removed as we are from their origins.” 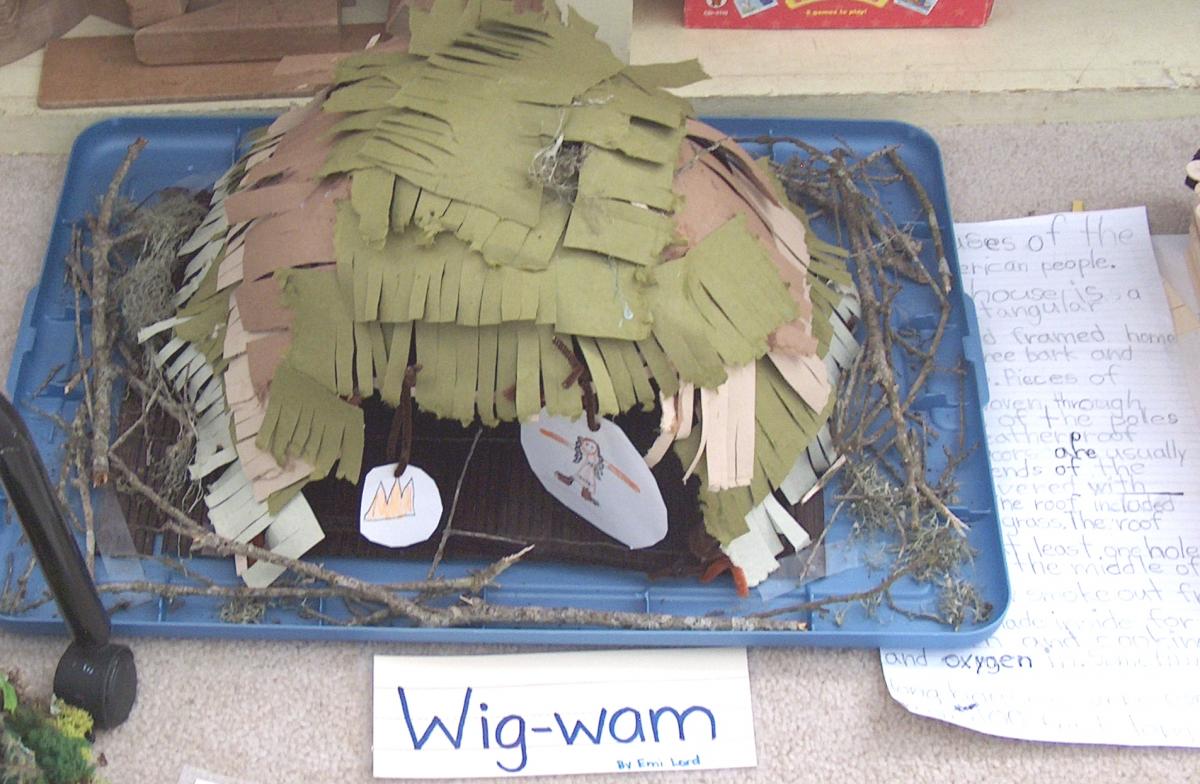 Preschool and kindergarten students studied Peru’s Quechua people, descendants of the Incas. They will open the performance by singing a greeting song in Quechua, and then reciting an original Inca prayer to their Creator God, Viracocha . As part of their studies the students learned how to weave using handmade looms and a modern loom. The ponchos, shawls and hats used for dressing their Peruvian dolls were hand felted by the children.

First grade students learned about several North American tribes, including their practices, traditions and values. The students will perform a play based on the book ‘Brother Eagle, Sister Sky’ by Susan Jeffers. Their play also incorporates the wise words of Chief Seattle of the Duwamish tribe of the Pacific Northwest.

‘His words are spoken through different parts of nature — air, trees, animals, water,’ explained first grade teacher Cassia Laffin. ‘His main message was that all things are interconnected, and that we must care for the earth like those who came before us.’

Some of the students’ preparations have been literature based: together they read and discussed numerous Native American sayings, quotes, blessings, poetry and children’s stories, along with the ’10 Native American Commandments’ highlighting the core values held close by native peoples.

Each first grader researched a different type of shelter (earthen, grass, teepee, hogan, wattle and daub, brush, etc) and explained how geographic location dictated the types of homes people had and which materials they used to build them. Students learned to differentiate between nomadic and agricultural practices and made connections as to why it made sense for some tribes to have very permanent homes (agricultural) while others had shelter that needed to be easily transportable (nomadic), as they followed their food source.

*Students presented their amazing 3-D shelter models to the class and showed on a U.S. map where in the country these homes were built, explaining weather conditions, and which tribes used each type of home,’ Laffin said. ‘It was another great public speaking opportunity!’

Students practiced writing in ‘dream journals,’ made dream catchers (and learned the story of the dream catcher),  incorporated Native American words and symbols into stories, made sand art, studied the significance of totem poles to Northwest cultures, and chose ‘spirit animals,’ with each student creating a colorful, embellished representation. The individual pieces are now put together to form class totems.

‘According to the Native American lore, each animal in nature teaches us a valuable lesson about ourselves,’ noted Laffin. For their Cultural Awareness presentation, students will dance as their spirit animals — soaring like birds, slithering like snakes, and galloping like horses to Native American music, as well as sharing a poem they have memorized.

Second graders are engaged in studying the San, the oldest inhabitants of Southern Africa, who have lived there for at least 20,000 years. The term ‘San’ is commonly used to refer to a diverse group of hunter-gatherers living in Southern Africa who share historical and linguistic connections. Like the first people to inhabit other countries in the world, the San have an unfortunate history of poverty, social rejection, decline of cultural identity and the discrimination of their rights as a group. Yet, the San have also received the attention of anthropologists and the media with their survival and hunting skills, wealth of indigenous knowledge of the flora and fauna of Southern Africa, and their rich cultural traditions.

These students will perform ‘The Learning Journey,’ a play inspired by the MMS Values in World Thought program and the Magic School Bus series. In their original play, students and their teacher travel on a magic school van to the Kalahari Desert, where a small group of San still live traditionally. The students learn different aspects of the San culture firsthand, and then reflect on what they learned from their experience. This humorous and educational story makes reference to the value of experiential learning and asking questions, and international travel as part of MMS’ character development curriculum.

Ostrich eggs are traditionally used by the San for water storage, and MMS second graders each created faux eggs from papier mache and plaster. They finished each egg with hand-drawn San rock art designsThird grade will present ‘Frog Girl,’ a myth traced to Indian tribes of the Pacific Northwest Coast of Alaska and Canada. One of these cultures, the Haida, also referred to as ‘the people of the totems,’ is the focus of third grade’s indigenous culture study.

‘This is a simple but poignant story about recognizing that all people are the protectors of all small animals,’ explained third grade teacher Hamsa Heinrich, ‘and that it is not only our duty to respect small animals, but our very survival is connected to their survival.

‘Through our class study of the Haida culture, students are discovering some of their beautiful artwork. I want students to understand that although Haida people surround themselves with art, there is no Haida word for art. Art creation was (and is) so central to everything in their way of life, that it could not be separated from functional items to sacred objects. Art validated their place in the world and, because they had no written language, documented their history. Art was thought to keep the spirit alive. Contemporary Haida people still hold this attitude toward art.

‘Micha Scott, our awesome dance teacher, is helping the class learn a dance to a traditional potlatch song. The music is authentic, but the movement is a modern interpretation, as we are untrained in this art form! Still, the students are enjoying themselves and expanding their understanding of another culture as we attempt to make totem poles, learn Pacific Northwest stories and recreate artistic sketches of animals in a ‘Haida style.’ Examining potlatch ceremonies, the symbolism of totem poles, clan crests and listening to Haida and Pacific Northwest stories is a rich and thoughtful study.’ 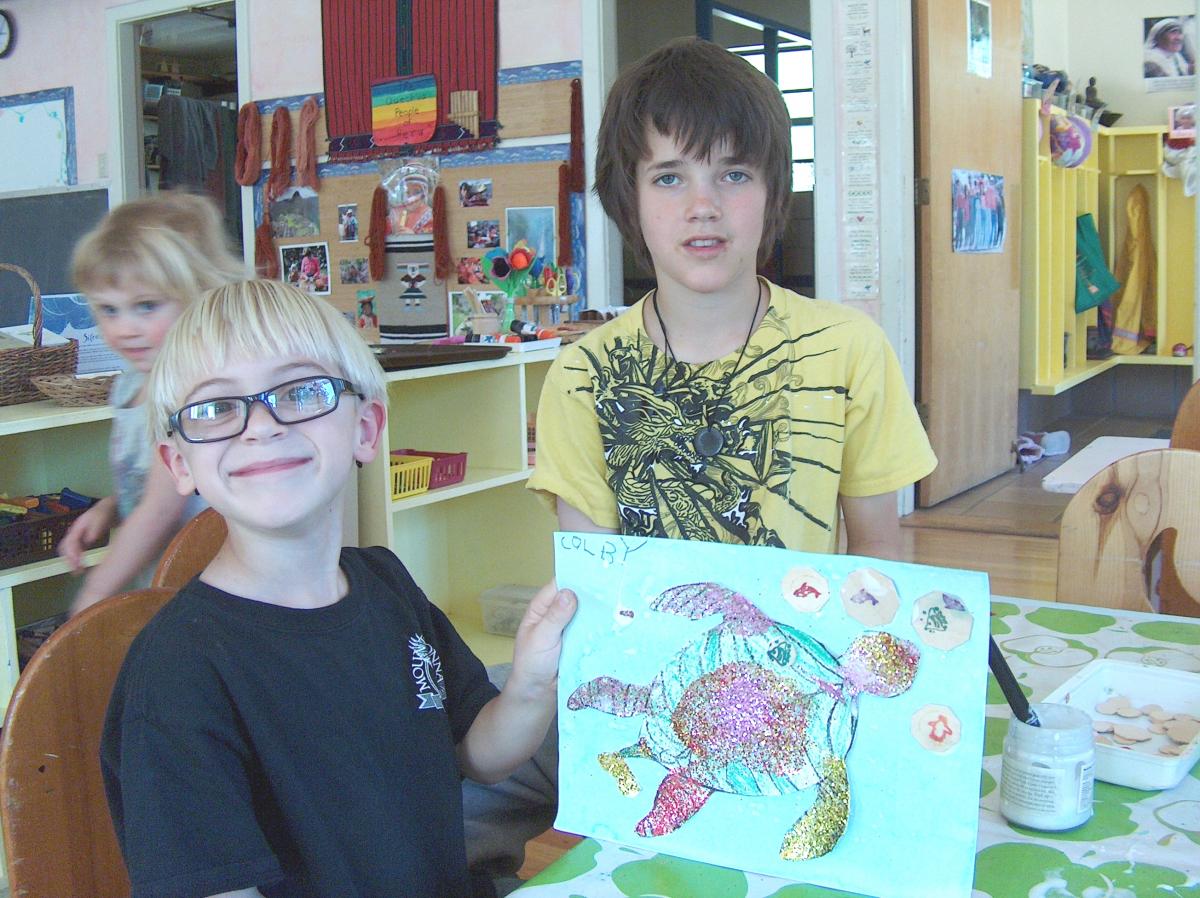 Fourth grade chose to study a culture from yet another part of the world — the Aborigines of Australia. Students will perform a story based on the controversial novel ‘Mutant Message Down Under’ by Marlo Morgan (the veracity of the novel’s events are hotly disputed). In the story, a woman is invited to visit an Aboriginal tribe. While she assumes it is to receive an award, much to her surprise it is to go on a ‘walkabout,’ a 3-month journey through the desert with to learn about the tribe and how they live off the land. 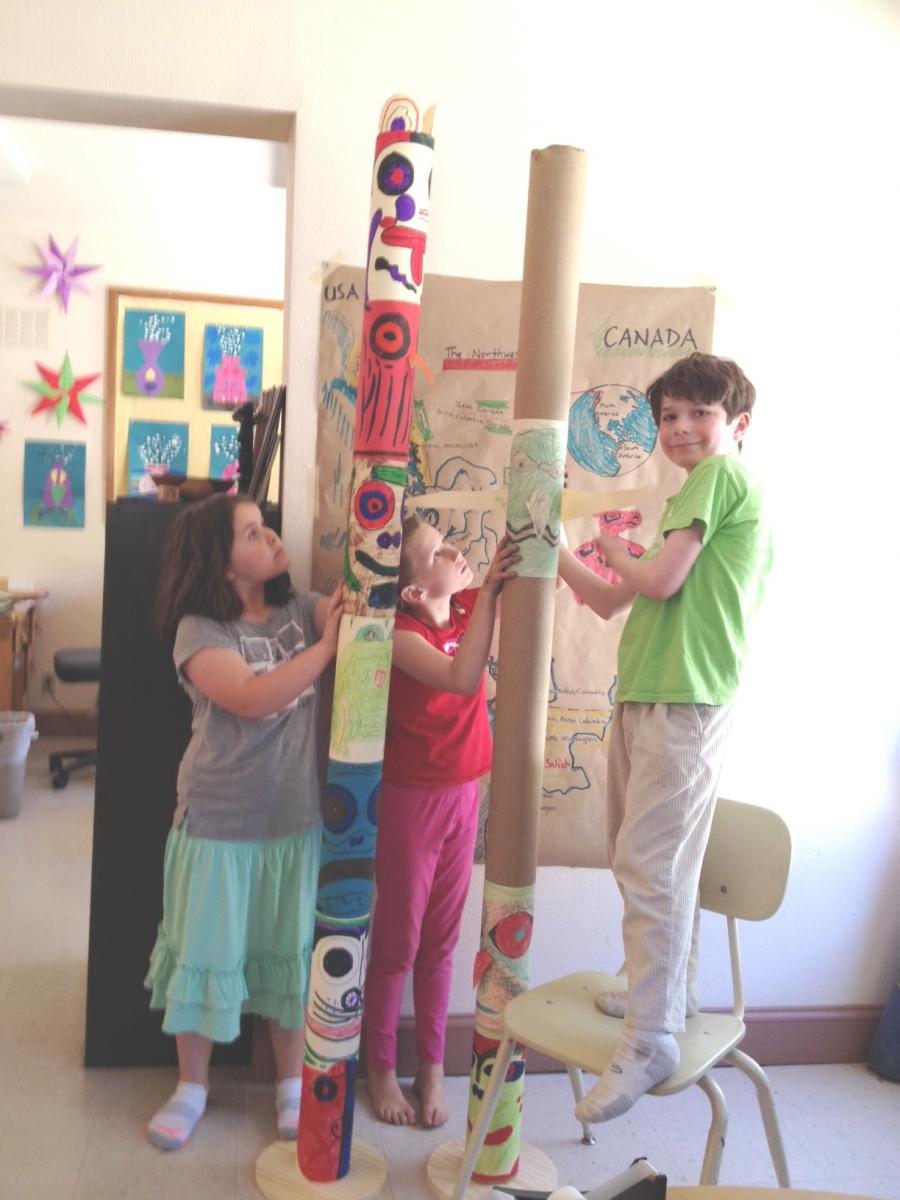 When the journey ends, the woman is sent home to with a message: “We have chosen you as a messenger to the people. We pray you will see what your way of life is doing to the water, the animals, the air, and to each other. We pray you will find a solution to your problems without destroying the world. We know there are others like you out there. With enough focus, there is time to reverse the destruction of the planet. Please send this message.” Students will also incorporate a dance and the traditional Aborigine song, “Taba Naba” into the play.
‘Our research has been on the history and the lifestyle of the Aboriginal people, and comparing it to the Native American and African Americans Civil Rights movements,’ explained fourth grade teacher Linda Pope. ‘The Aborigines were not even considered people until the 1960s — they had no rights at all!’
Students created traditional-style Aboriginal dot art paintings on eucalyptus bark, using sticks dipped in paint to create the dot designs.

Cultural Awareness attendees will have the opportunity to purchase the Aborigine-inspired dot paintings and other student-made, indigenous-themed (and sea turtle-themed) artworks on display at the event. ‘Purchases’ are by donation, and proceeds will be donated to the Indonesian Sea Turtle Camp that the fifth grade is helping to support with their sea turtle environmental project.

Fifth grade students explored the Maori culture of Aotearoa or New Zealand, Land of the Long White Cloud.  Students are performing a play about Maui the demigod that is the trickster of Maori culture. Their play opens with a ‘Kia Kaha Kia Toa’ (‘Be Brave. Be Strong. Be steadfast and sure; for God is our shelter and he is our strength), a Maori song the students learned from elementary music teacher and Preschool/Kindergarten Director Sarojani Rohan. The story highlights Maui’s birth, his first meeting with his mother, his four brothers (all named Maui), and fishing the land of New Zealand from the sea with his magical fishing hook, and ultimately, Maui’s death. Woven into the story is a Maori stick dance to the Maori song, ‘E Papa Waian’ and a traditional ‘Haka’ or war dance.
As part of their Maori culture research, each student studied a deity from Maori mythology and then taught their classmates about their chosen deity. As part of the projects, students each prepared an art piece (dance, visual artwork, poem or song) to honor their deity. To gain a social studies perspective, students watched and then discussed a Maori-based film exploring the racism faced by the Maori culture due to the colonization of the British. 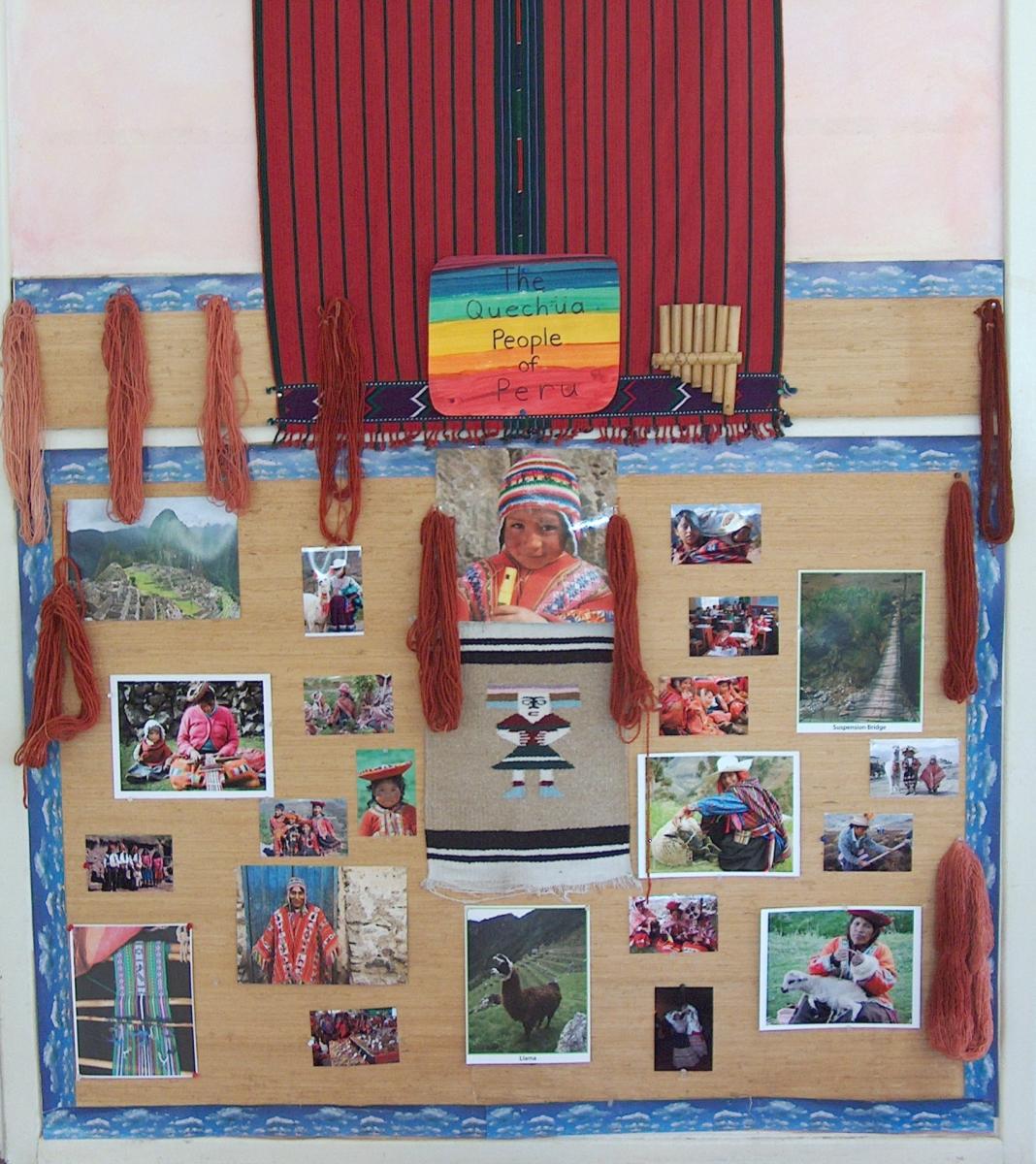 endangered, and worthy of preservation,’ commented McDonald. ‘Photographer Jimmy Nelson has published a book, ‘Before They Pass Away,’ depicting 30 secluded and slowly vanishing tribes from all over the world. It features beautiful, artistic photography. Like Edward Curtis, photographer of the North American tribes in the 1900s, Mr. Nelson is documenting rare and fading cultures that reflect another facet of humanity. In a recent TED talk, Nelson said people ‘wake-up and start documenting these cultures because they are going to disappear, and if they do we will lose our origins and authenticity.’ His method is to photograph and start a dialogue between cultures. Mount Madonna’s Cultural Awareness in-depth studies and presentations are one of the many ways this dialogue can happen to help ensure that the lessons of the past are not forgotten, but enrich our lives.’ 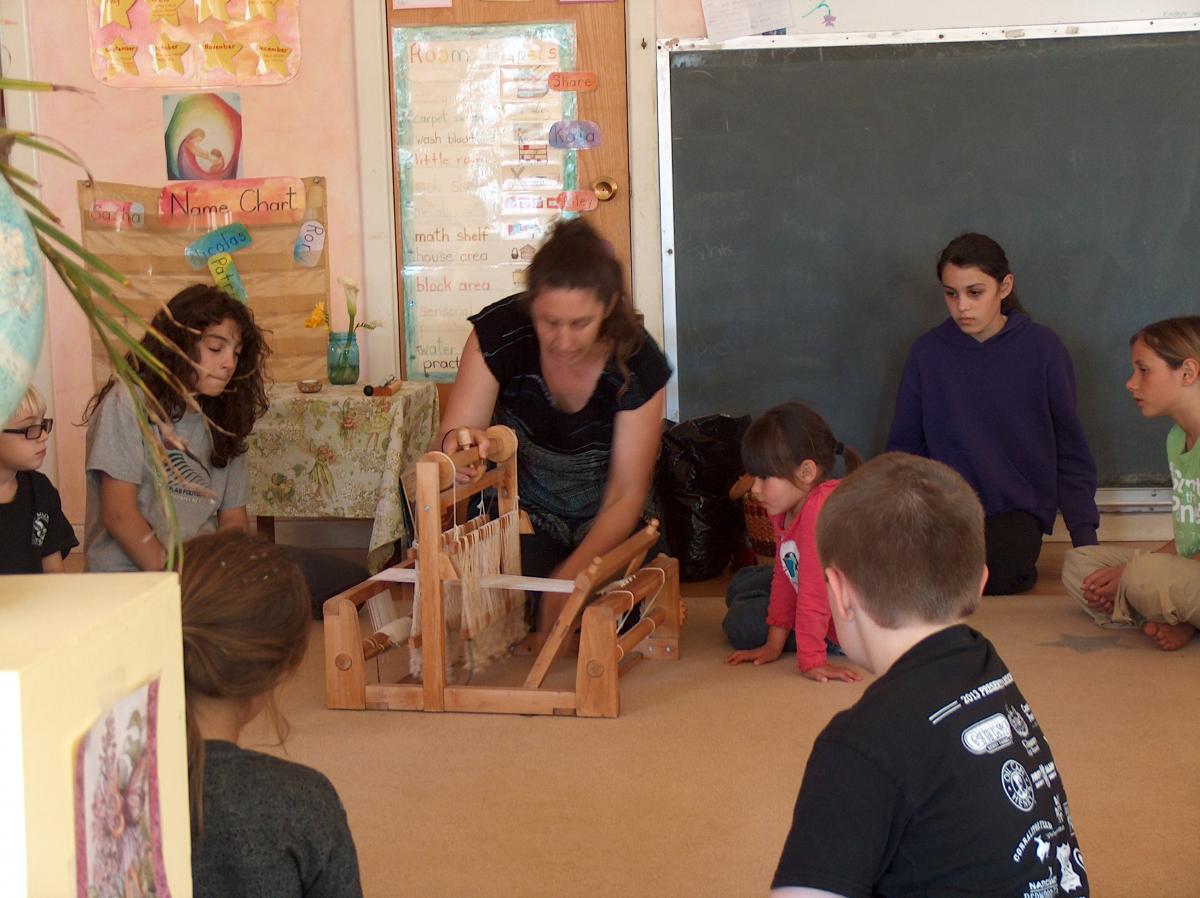 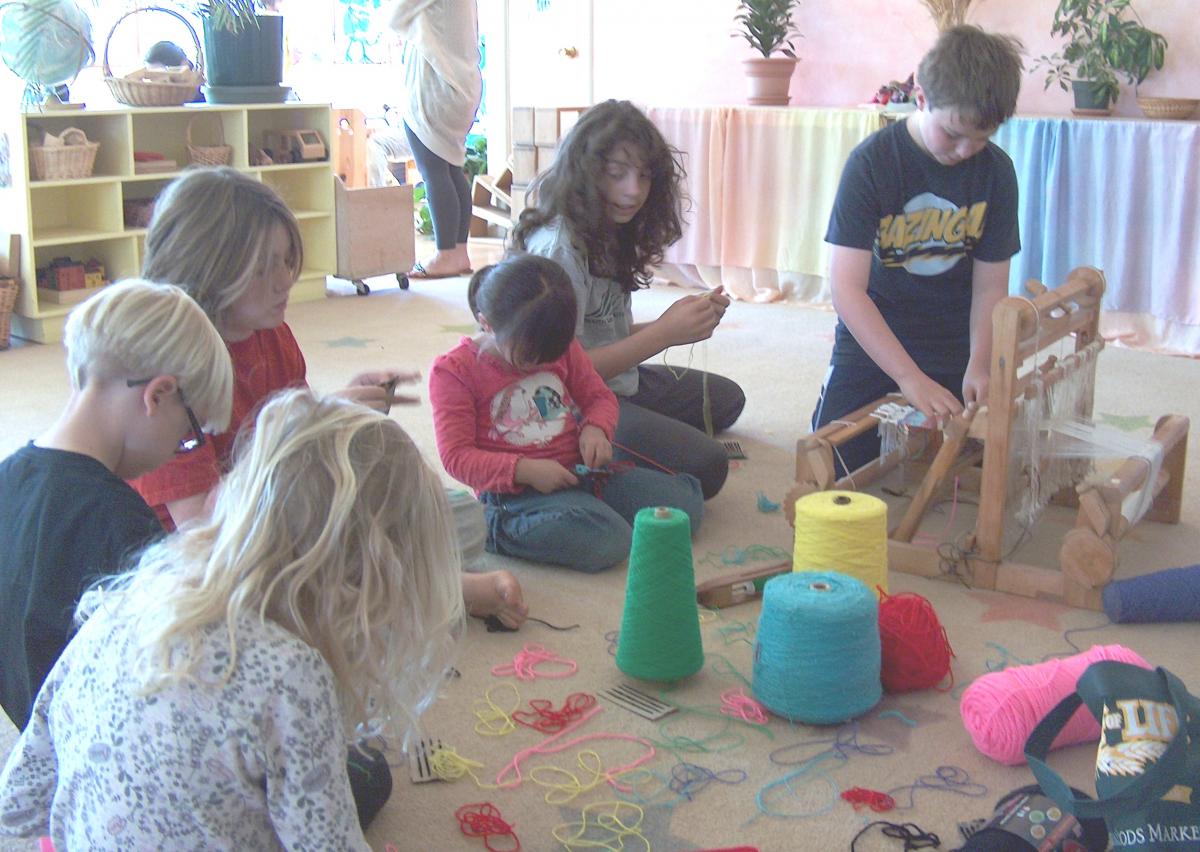