“We find the hard work and discipline it takes to excel in athletics also carries over into the classroom,” commented MMS Head of School Mary Supriya McDonald. “We are so proud of each of these scholar-athletes!” 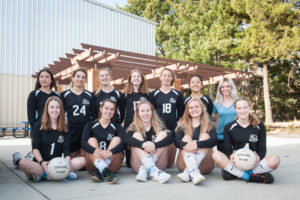 “The physical and mental commitment it takes to pull off a championship would seem like a full time job, but the MMS girls varsity team were awarded the CCS scholastic award on top of their athletic achievements,” noted Hawks girls varsity volleyball Coach Erin Mitchell. “It is clear that these young athletes are working just as hard off the court as they are on it. It takes an incredible amount of commitment, sacrifice and time management to achieve athletic and academic success during the height of season!” 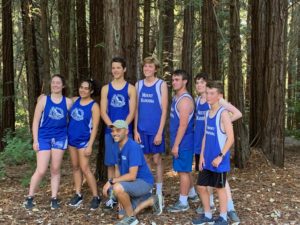 The boys cross country team is being honored as having one of the top five scholastic averages among all CCS cross country teams, 3.805. Team members are: Oliver Mensinger, Ronan Lee and Sammy Caudill, 11th grade; and Jacob Sirk-Traugh and Sam Kaplan, 9th grade.

These awards were instituted by the CCS Board of Managers in 1985 as a way to recognize the top five teams with the highest collective grade-point average in their respective sport during that season of competition.