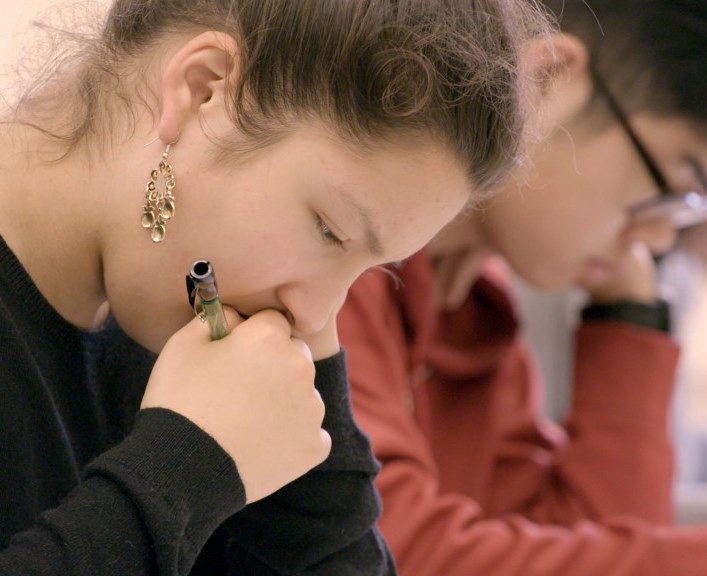 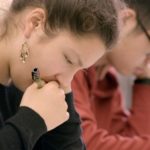 Mount Madonna School to host public screenings of the film “The Test and The Art of Thinking” in Santa Cruz (February 7) and Morgan Hill (February 28), offering an inside look at the multibillion-dollar business of SAT/ACT Test Preparation

Each year more than three million high school students take the SAT or ACT, the college entrance exams required by most four-year colleges in the United States. For decades, however, there have been questions about exactly what these tests measure, what role they play in the admissions process and how predictive they are of academic success. The anxiety-provoking exams, and the multibillion-dollar test-prep industry that has grown up around them, have also become lightning rods in the ongoing national debate over equity in educational opportunity.

In the new documentary feature The Test & the Art of Thinking, filmmaker Michael Arlen Davis examines this controversy through interviews with students, parents, counselors, test-prep professionals and academics, to provide a fascinating look at this uniquely American rite of passage and how it reflects deeper issues in our educational system — and our society as a whole.

In February, Mount Madonna School (MMS) will host two public screenings of the film: Thursday, February 7 at the Resource Center for Nonviolence in Santa Cruz; and Thursday, February 28 at the Community Playhouse in Morgan Hill. General admission tickets are $5, and go on sale January 1 at MMS-FilmScreening.bpt.me.

Mount Madonna School is hosting the film screenings, to be followed by facilitated discussions, as a resource for local families.

“I am dedicated to helping high school students navigate the college application process,” commented MMS Director of Upper School Shannon Kelly. “It is such an exciting time in their lives, and I want students to explore the many options available to them. Although many schools are becoming test-optional, the majority of colleges still require SAT or ACT scores. It is frustrating to see how much time and money families spend preparing for the SAT/ACT, and how much anxiety these tests produce in students.

“These tests are like the story of the emperor who has no clothes,” she continued. “We understand that doing well on these exams has no bearing on college success, yet we are all forced to participate in the farce. I hope that this important film will open up the discussion around standardized testing and how this impacts students and our entire education system.” 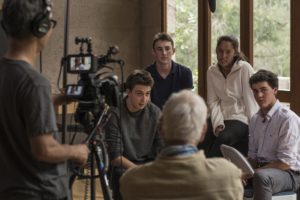 Among the film participants interested in the discussion is Leon Botstein, president of Bard College.

“Mathematics, science, being able to use the English language,” commented Botstein. “These tests don’t measure it and they don’t improve it. So why do they exist?”

One of the odd turnabouts in the history of “the test” is that when it was introduced in the 1920s, the SAT was proposed as a way for elite universities to identify educationally disadvantaged students who would make promising scholarship candidates. That’s a far cry from its current status as a nearly ubiquitous exam for which affluent families pay thousands — and in some cases tens of thousands — in a metaphorical arms race — for classes and tutors to give their children any possible advantage, and understandably so.

“The test became a gatekeeper,” commented Dr. Susan A. Cole, president of Montclair State University. “And it was doing, in effect, the very opposite of what it had been intended to do.”

The Resource Center for Nonviolence is located at 612 Ocean Street in Santa Cruz. The Community Playhouse is located at 17090 Monterey Road in Morgan Hill.