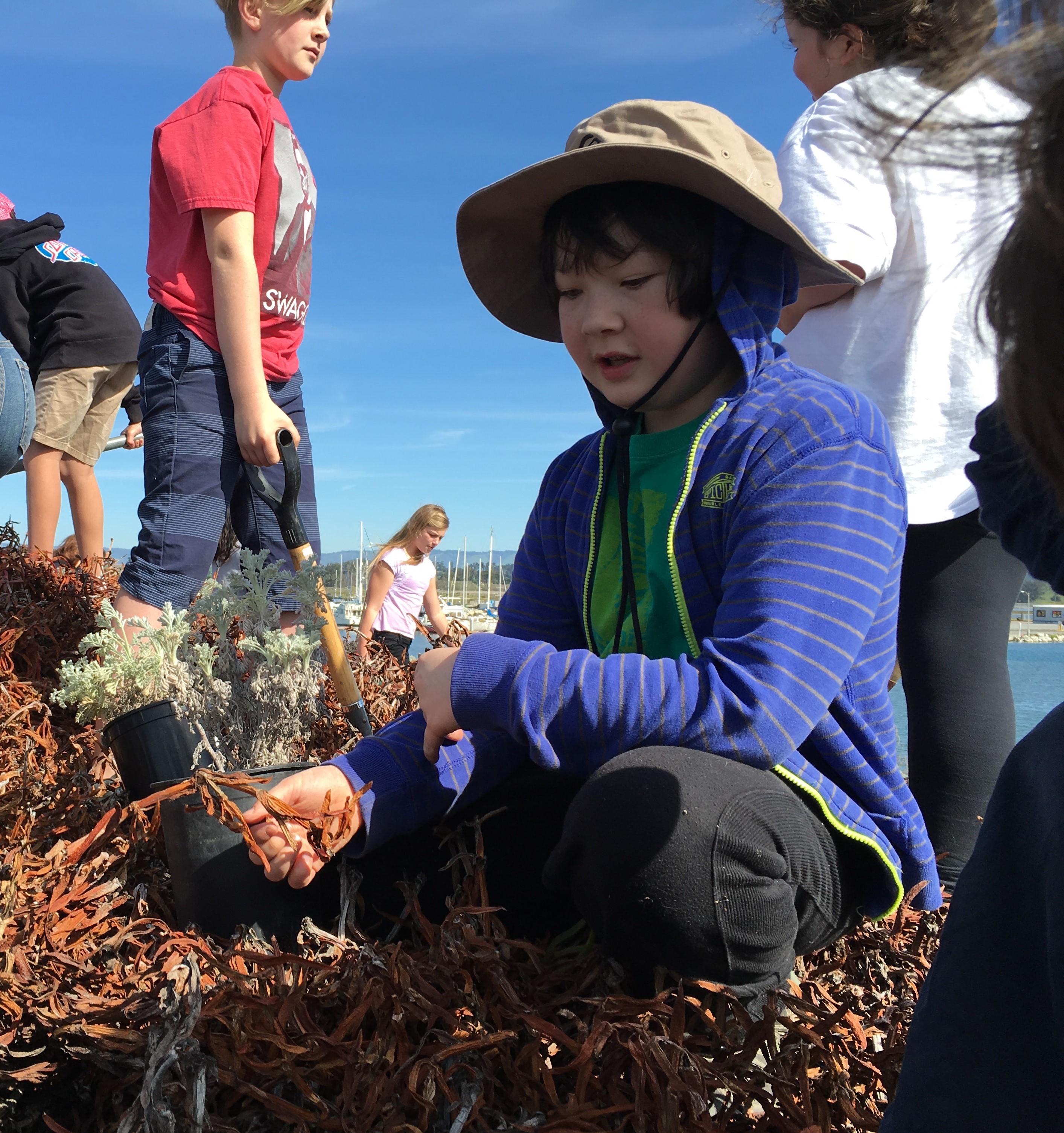 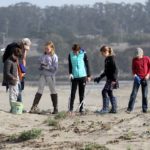 On June 8 the U.S. Environmental Protection Agency (EPA) announced that the 2015-16 fifth grade class at Mount Madonna School (MMS) in Watsonville will receive the President’s Environmental Youth Award (PEYA) for their work to fight environmental threats faced by the Western Snowy Plover. The awards are presented each year to exceptional students and teachers who demonstrate creativity, innovation, and leadership to address difficult environmental challenges.

“Through their year-long project, the students have both raised awareness about the threatened Western Snowy Plover shorebird and inspired the next generation of scientists,” said Jeff Scott, EPA’s Land Division Director for the Pacific Southwest. “By cleaning up local beaches and preserving critical habitat for threatened species, these students have demonstrated dedication to protecting the environment.”

Students will be honored by an EPA representative in a ceremony at Mount Madonna School at 1:00pm on June 13. The class has also been invited to Washington, D.C. in late August for a national ceremony recognizing the 2016 PEYA awardees.

“We are pleased to honor these impressive young leaders who demonstrate the impact a few individuals can make to protect our environment,” said EPA administrator Scott Pruitt. “These students are empowering their peers, educating their communities, and demonstrating the STEM skills needed for this country to thrive in the global economy.” 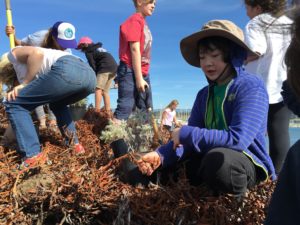 Students collaborated with California State Parks to create informational signs to protect wintering flocks at Seabright State Beach; and worked with the Last Plastic Straw organization to encourage a movement to have restaurants voluntarily refrain from serving plastic straws. Straws are a leading type of beach pollution and once degraded into microplastic, can be ingested by plovers and other marine animals. They also convinced school officials to switch to refillable whiteboard pens to reduce plastic waste.

The students created an educational video that was used to help educate the public, and presented at the Monterey Bay Aquarium’s 2016 World Ocean Day celebration and Plastic Pollution Summit. 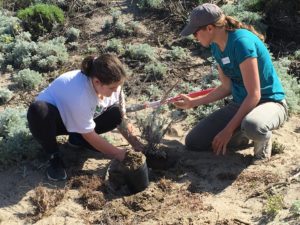 “As fifth graders we really worked to educate the public about the environmental issues, and raising awareness about the dangers of plastic for the snowy plover population,” shared sixth grader Ronan Keith, after learning of the PEYA recognition. “I am super excited that we are being recognized for our work – and that what we did is making a difference!”

“Writing letters to the government about issues such as climate change, plastic threats, sand mining, recreation on the beach, and factory farming not only helped me to learn more about this,” reflected a classmate, “it was also a cool experience to know that you really have a voice in these things.“

“I am continually inspired by the passion of my students as they find their voice to create positive change within the world,” shared Jessica Cambell, fifth grade teacher and project mentor. “These kids are so dedicated to this cause and empowered as citizens. During this project, for weekend after weekend, recess after recess and hours and hours after school, they worked in so many ways to do all they could to protect this and other animals from various environmental threats.

“Once they realized that there was something they could do, they organized themselves to create change,” she continued. “These children believed they could change the world for the better and they did exactly that; I simply showed them I believed in them and helped them along. This national award is a great honor as it is recognition of their hard work, dedication, civic action and stewardship towards preserving our environment for the future generations.”

This is the second time Mount Madonna School fifth grade students have received this national recognition. In 2015, students learned they were awarded the PEYA for their 2013-14 work to protect endangered sea turtles.

”In the end, it’s not about making the world completely eco-friendly and fixing it all,” reflected participating student Sam Kaplan, “it’s about doing your part or all you can.”

Nestled among the redwoods on 355 mountaintop acres, Mount Madonna School is a safe and nurturing college preparatory school where students learn to think, create and succeed. The fully-accredited program emphasizes academic excellence, creative self-expression and positive character development. Located on Summit Road between Gilroy and Watsonville.