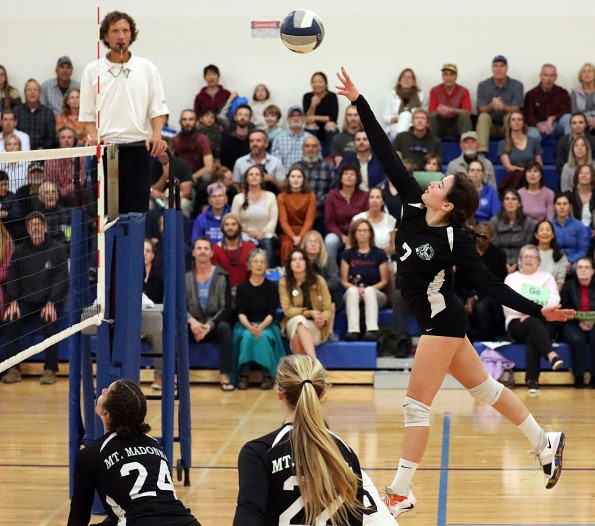 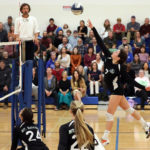 Heads were turned after both Aptos High and Mount Madonna — which compete in the same league — won California Interscholastic Federation state titles in girls volleyball in the fall. And the programs’ star players weren’t overlooked when it came to time to hand out some big-time postseason honors. Mount Madonna School’s 5-foot-6 senior outside hitter Paola Jacobs was named Cal-Hi Sports’ State Small Schools Player of Year, as well as a first-team allstate selection for small-enrollment schools. She was joined on the first team by teammate Savannah Cambell, a junior setter. Aptos’ high-flying, ball-rocketing  junior Peyton Dueck was first team all-state for medium schools and second team for juniors.

“This is pretty huge,” Jacobs said. “I think it’s awesome. After hearing this news, it made me think of the season. It’s super rewarding. Everyone has been coming up to me and telling me congrats. It was a really good season for me and everyone.”