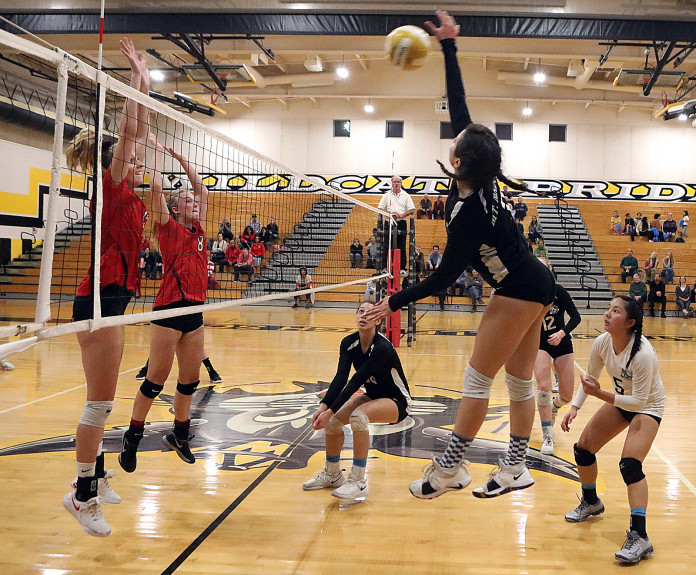 The top-seeded Hawks — less than a week removed from repeating as Central Coast Section Division V champion — didn’t need much inspiration before facing No. 8 Le Grand in the second round of the CIF NorCal playoffs though. The Hawks knew the stakes and swept the visiting Bulldogs 25-22, 25-16, 25-17.

“That’s been our goal all season,” Hawks coach Erin Mitchell said. “And we’ve worked really hard this season and we’ve had some extremely tough losses, and I think that all prepared us for this, for where we are now. They’re not taking the foot off the pedal … they’re not, they’re not. They’re ready.

“I mean I try with my pep talks but I don’t think they even matter at this point. They’re fired up and they want it.”

Hawks fans packed the gymnasium and their roars echoed through the fog-filled, redwood forest that surrounds the pint-sized campus. It was just another advantage for a squad already chock-full of super heroes.

Savannah Cambell, aka Wonder Woman in this match, finished with 32 assists and a team-high 15 digs. She had plenty of passing options, Hulk and Batman among them.

Senior outside hitter Paola Jacobs, relishing the role of Hulk, led the Hawks with 15 kills and 13 digs. Read more