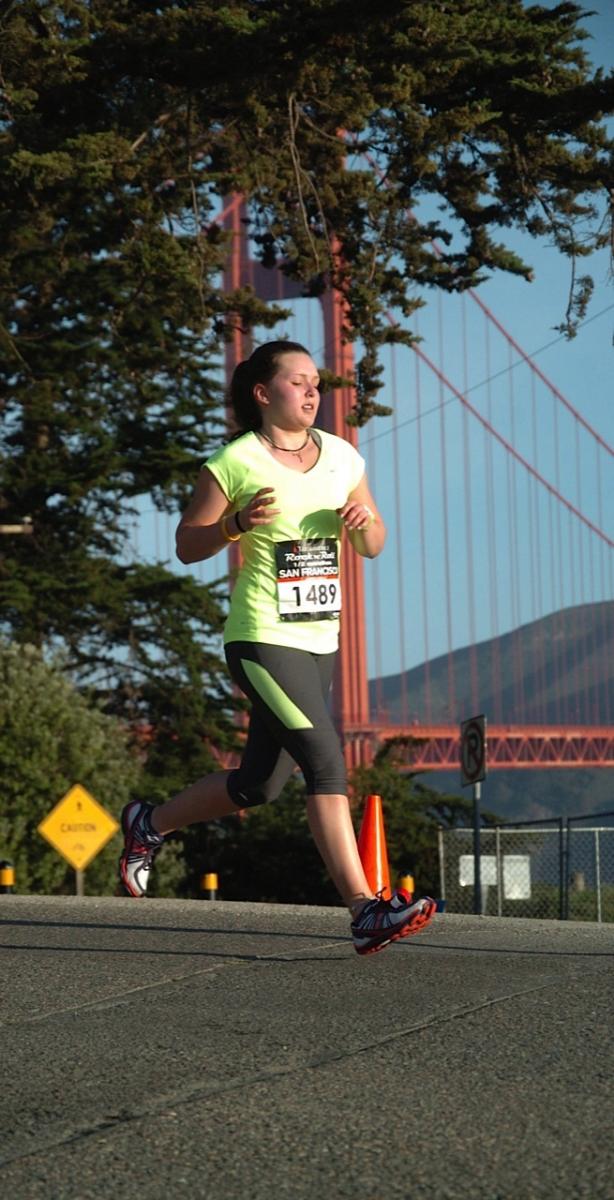 Congratulations to Mount Madonna School sophomore Sophia Saavedra, who ran a personal best and was awarded third place in the April 6 San Francisco Rock & Roll Half Marathon. Over 11,000 runners competed in the race; and Sophia placed third for girls ages 15-17 with a personal-best finish time of 1:54:03.

Sophia trained for several months in preparation for the race. In 2013 she ran in the Rock & Roll Pasadena Half Marathon, also placing third in her age division, with a finish time of 1:56. The San Francisco course, which took runners over the Golden Gate Bridge (and back) before finishing at Civic Center Plaza, was much hillier than Pasadena’s course — adding to the difficulty and challenge.

‘One of the things that I enjoy about distance running is training for specific events with a goal in mind, and striving for self improvement within my training,’ commented Saavedra. ‘What I enjoy most about running is not necessarily the end result of the race, but the process of training and preparing within itself.’