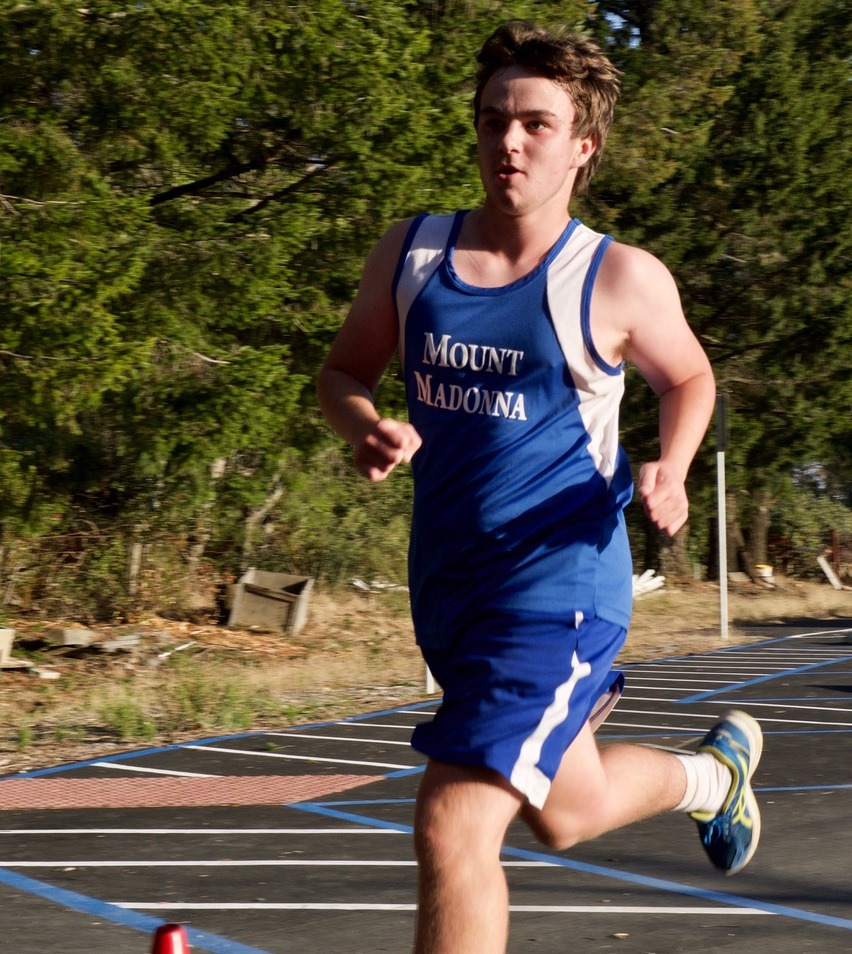 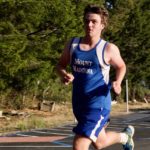 The redwood forest and meadow trails around the Mount Madonna School (MMS) and Mount Madonna Center campus came alive on October 11, with a steady and rhythmic pounding of feet, as more than fifty runners from three local high schools competed in the first-ever Santa Cruz Coast Athletic League (SCCAL) meet hosted by Mount Madonna School – on its mountain campus!

“It was interesting to run on hills that I’ve been running for a couple of years now alongside runners from other schools,” said sophomore Oliver Mensinger. “It was very challenging, although I felt more at home than I have on other courses.” 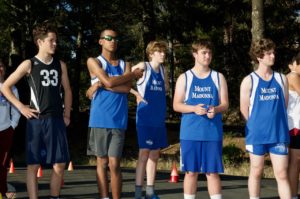 “It was an honor to host our first cross country meet at Mount Madonna School,” commented coach Nick Cabassa. “I’ve been working to make this possible for the last three years, so it has been a long time coming. From measuring the course, to marking and blocking off the side trails, to finding someone to time the runners, this was a giant undertaking that required massive amounts of organization and coordination between several different people. The efforts paid off, though, and as a result, everyone had a good time, and the participating runners and coaches shared many positive comments about our course, and the campus in general.

“This event definitely gave us a bit of ‘home-course advantage’,” acknowledged Cabassa, “as no other SCCAL teams have ever run it before. The MMS boys and girls teams spent the last month running, preparing, and training on the course. The biggest challenge in any cross country meet is the difficulty of the course, and our course, with its elevation changes, really gave some athletes a hard time. I am already thinking about how I’ll switch it up next year to keep the runners guessing! Overall, the event was a huge success, and I am very proud of how my team performed.

“It was definitely a team effort figuring out the course,” commented senior Noah Kaplan. “We spent a lot of time scouting out different proposals, tracking mileage, and discussing elevation. I think it’s great that we’re getting people up to Mount Madonna for the meets. Our course is one of the nicest ones I’ve ever run, and MMS is really set up to host meets.

“The trails we run during practice usually have a lot more hills, so we had a leg up,” continued Kaplan, who started running cross country as a sophomore. “This season, cross country has been pretty relaxed. I’ve have been competing for myself and running for the sake of running. I can’t speak for others, but I think that’s the sentiment of our whole team.”

The MMS boys team has qualified and will be competing in the Central Coast Section (CCS) championships on November 10 at the Crystal Springs Cross Country Course in Belmont at 1:30pm. UPDATE, 11/9/2018, this meet has been postponed to Monday, November 12, due to poor air quality.

“These athletes have risen to the challenge that is distance running and have performed well all year,” commented High School Athletic Director PK McDonald. “I am happy that they have qualified to extend their season and be the first full MMS team represented at CCS cross country championships!”