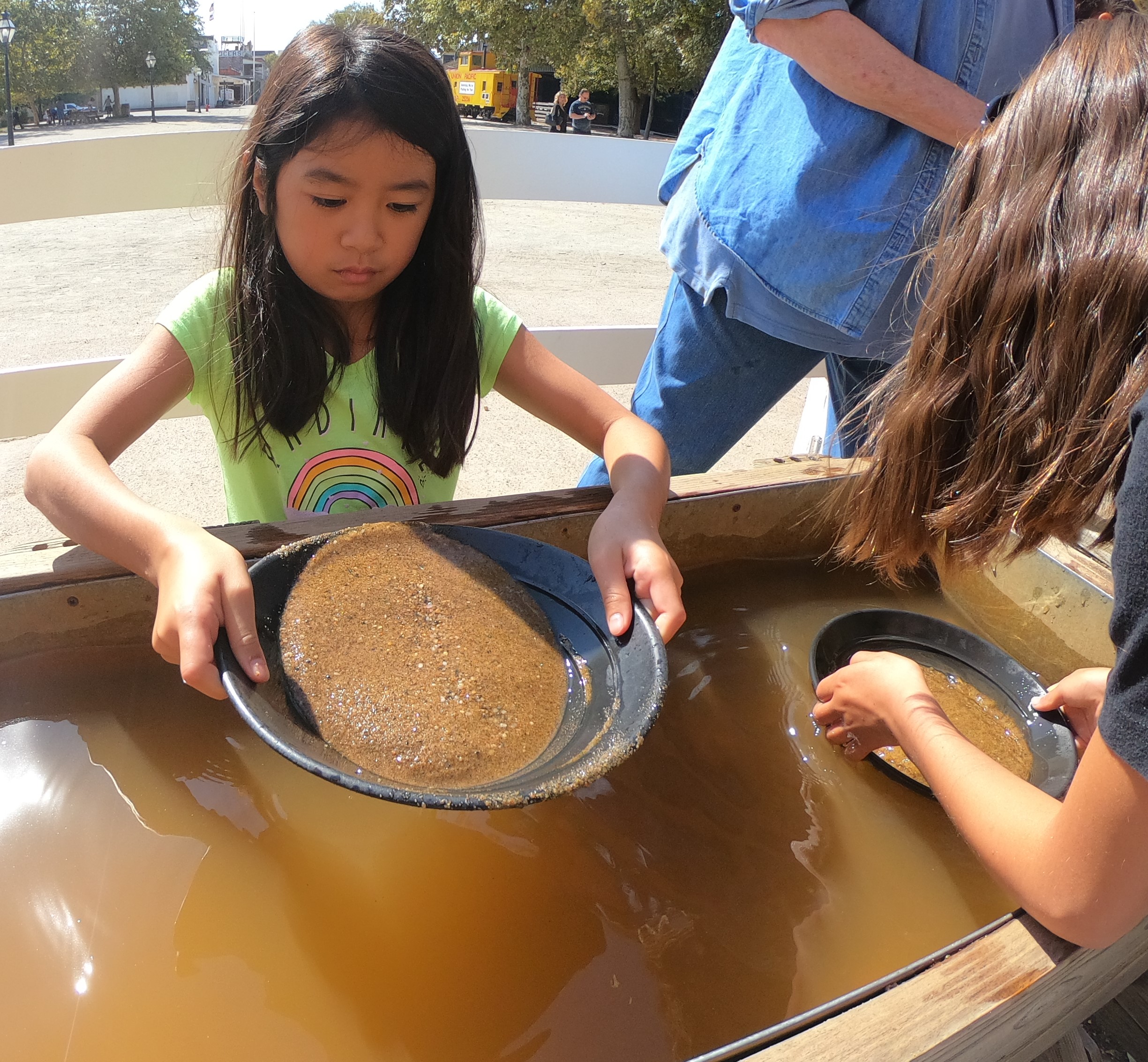 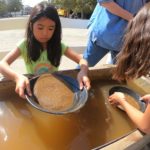 Each fall, Mount Madonna School (MMS) third and fourth grade students travel together on an educational, overnight trip, alternating between a California history-inspired journey to Sacramento one year and an environment-themed trip on the central coast the next.

This year the students, parent chaperones, and teachers Kristin Webb and Nicholas Cabassa, headed to Sacramento for a hands-on history immersion. Their first destination was Old Sacramento and the Sacramento History Museum, including a guided, underground, historical walking tour. Students also visited the California State Railroad Museum where they saw huge locomotives, panned for gold and colorful gems, and had some time to explore the offerings of Old Sacramento’s shops. 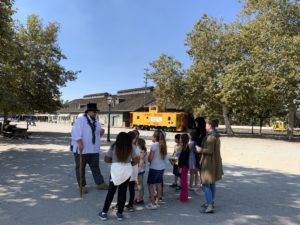 “The time I spent at Old Town was a blast,” wrote fourth grader Aiden Powers in a reflection after the trip. “It was a long drive so we played a lot of card games. Once everyone arrived we started panning for gold, not fake gold, real gold.”

The next stop was the Sacramento International Hostel, a 19th-century, Gold Rush-millionaire’s Victorian mansion that the traveling group would call home for the night. The arrival scene looked like a busy beehive, organized chaos as everyone, from the biggest fourth grader to the smallest third grader, unpacked the cars and carried load after load of duffel bags and food into the hostel. It was time to make dinner. About an hour later, after all the beds were made up, the group gathered in the dining room for a delicious pasta meal prepared in the hostel’s kitchen by the parents and students on dinner duty. And just as in the Fortino parking lot, which seemed forever ago but was just that morning, the energy was palpable, but this time with the satisfaction of a great day of learning and the anticipation of a fun-filled night sleeping with friends in a mansion. 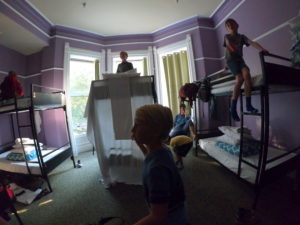 That evening and the next morning followed a similar pattern; the kids enjoyed the atmosphere of the hostel and participated in helping to prepare food or clean up after a meal. And before long the cars were loaded, and it was time for a “city walk” of the local area, including a nearby park, where students had time to stretch out, and play a little soccer before heading off to tour the State Capitol, followed by a visit to Sutter’s Fort and the California State Indian Museum.

Fourth grader Deja Orozco said she was interested to see the locomotives and exhibits at the railroad museum, and to explore the grounds of Sutter’s Fort. 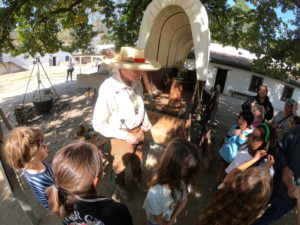 “We saw real cannons, and there was a man dressed up in old-fashioned clothes. He showed us how they used to make fire. He used a metal horseshoe and flint to make a spark on some charcoal cloth. It burst into flame in his hand and he threw it in a bucket to put it out!”

The fall trip is the first overnight school trip for MMS elementary school students. For some students, it may also be their first night away from home without a parent, and that can sometimes be challenging, said Cabassa.

“As part of our preparations, we spent a lot of time talking with the kids beforehand about being in new situations and the safety of our group,” commented Webb. “While some kids were initially apprehensive about being away overnight, it was ultimately a positive experience. They were really sweet and comforting to one another. There was tangible bonding and growth in a safe environment for practicing that kind of independence.”

“I was a little nervous to start with,” acknowledged fourth grader Patric Rising. “It was the first time I’ve ever been away without my Dad, but it was actually kind of fun. I really liked the hostel with its big windows and bunk beds.” 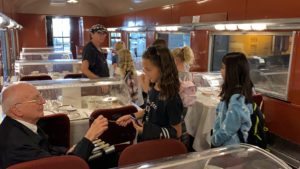 “I was most impressed by how mature, witty, clever, composed, and confident the students were,” said Yen. “They had genuinely inquisitive attitudes toward the pieces of history they were experiencing and engaged in a way that made me realize they had a greater interest in the world around them; past, present, and future.”

Last Day of School for Middle/High