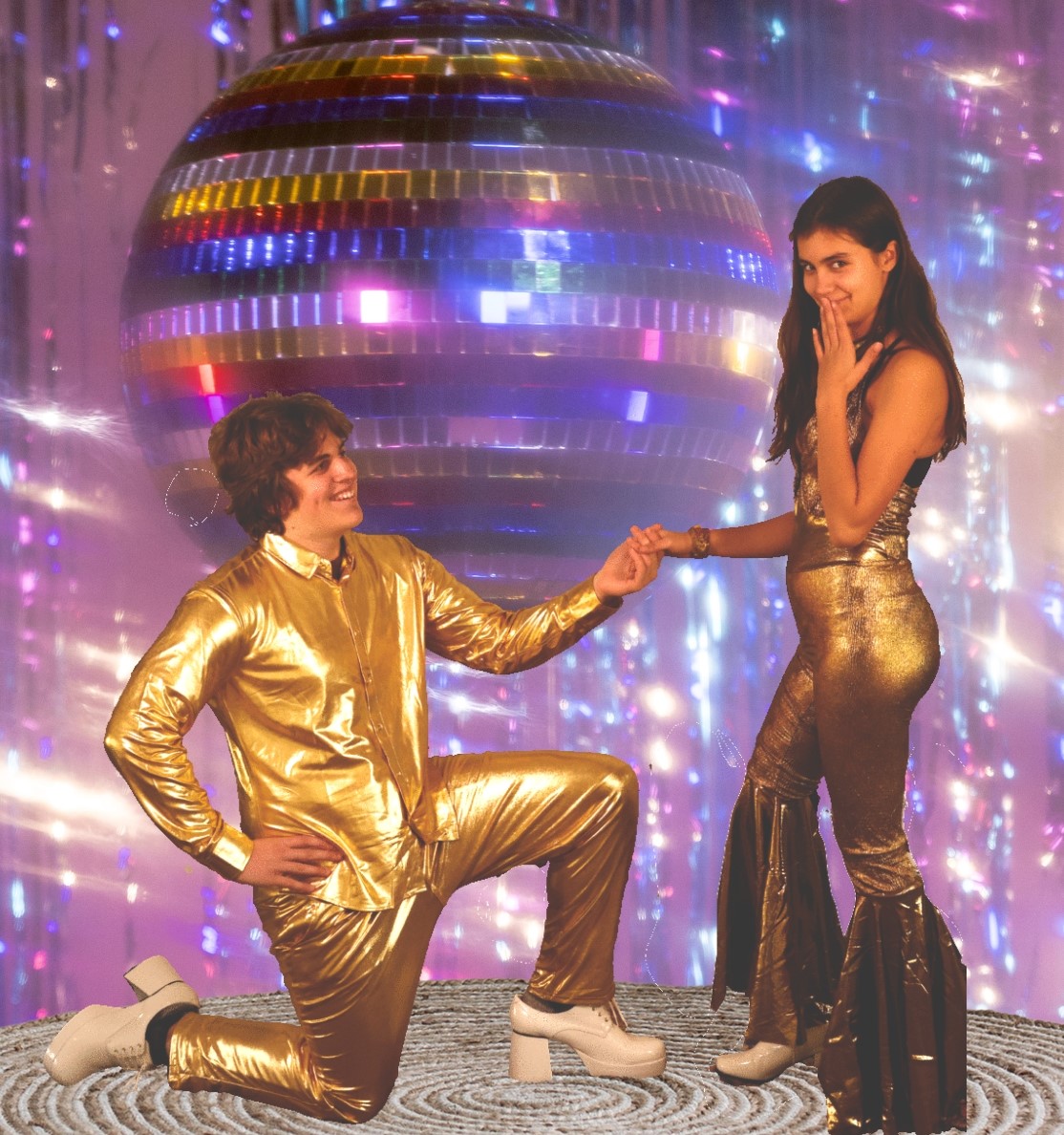 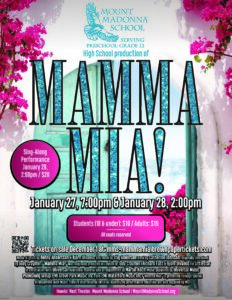 On the eve of her wedding, a young woman’s quest to discover her father’s identity brings three men from her mother’s past back to the Greek island they last visited 20 years ago. Set to the hit songs of the Swedish pop band ABBA, “Mamma Mia!” tells the story of Sophie Sheridan and her mother, Donna, in a hilarious, “take-a-chance” tale of love, laughter and friendship as portrayed on stage by Mount Madonna School’s high school cast.

After headstrong Sophie secretly reads her mother’s journals, she narrows down her father’s identity to three possibilities. The story heats up as Sophie, unbeknownst to Donna, invites all three men to her wedding.

Performances are January 27 at 7:00pm, January 28 at 2:00pm and a special sing-along performance is offered on January 29 at 2:00pm at the Hawks’ Nest Theater at Mount Madonna School. Please note: “Mamma Mia!” includes some mature-themed content which may not be suitable for young children. Tickets available starting December 1 at mms-mammamia.brownpapertickets.com. Adult tickets are $15; $10 for 18 and under; all seats are reserved. Tickets for the sing-along performance are $20.

The original musical premiered onstage in 1999 and was later adapted into a 2008 film starring Amanda Seyfried and Meryl Streep.

“ABBA’s music will get the audience excited and up on its feet,” commented junior Anya Gonzalez, who plays Sophie in the MMS production. “In ‘Mamma Mia!’ there’s a universal theme of identity and the struggle revolving around finding one’s identity, which is part of human nature. Sophie is a prime example of that in that she is attempting to find her dad to fill in the missing piece of herself. Through the experience of portraying Sophie, I think I’ve learned how to be more carefree and bubbly. 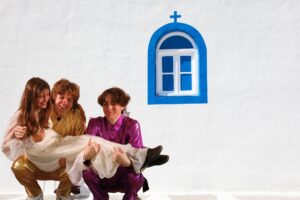 “The story itself has characters who are all longing for something bigger than themselves and I think that’s something that high school students can all relate to,” continued Gonzalez. “It also sends the message that it’s important to let loose from your everyday life and be a little bit more carefree. The show completely counters the idea of the hustle culture that is prominent in today’s society.”

“The arts are a marvelous place for a community to gather, and in the spirit of creativity and collaboration, we are pleased to see the student cast “own” this story, embrace the soundtrack and entertain us with their inspired movin’ and groovin’,” commented Director Chelsea Otterness. 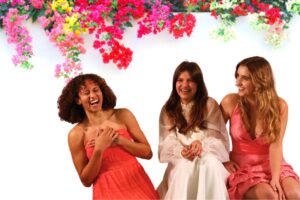 “We are thrilled that MMS high school students chose “Mamma Mia!” as their winter production,” said Boulware. “It has wonderful themes and music that takes you back to the golden age of disco and ABBA. What a joy to be part of this stellar production.”