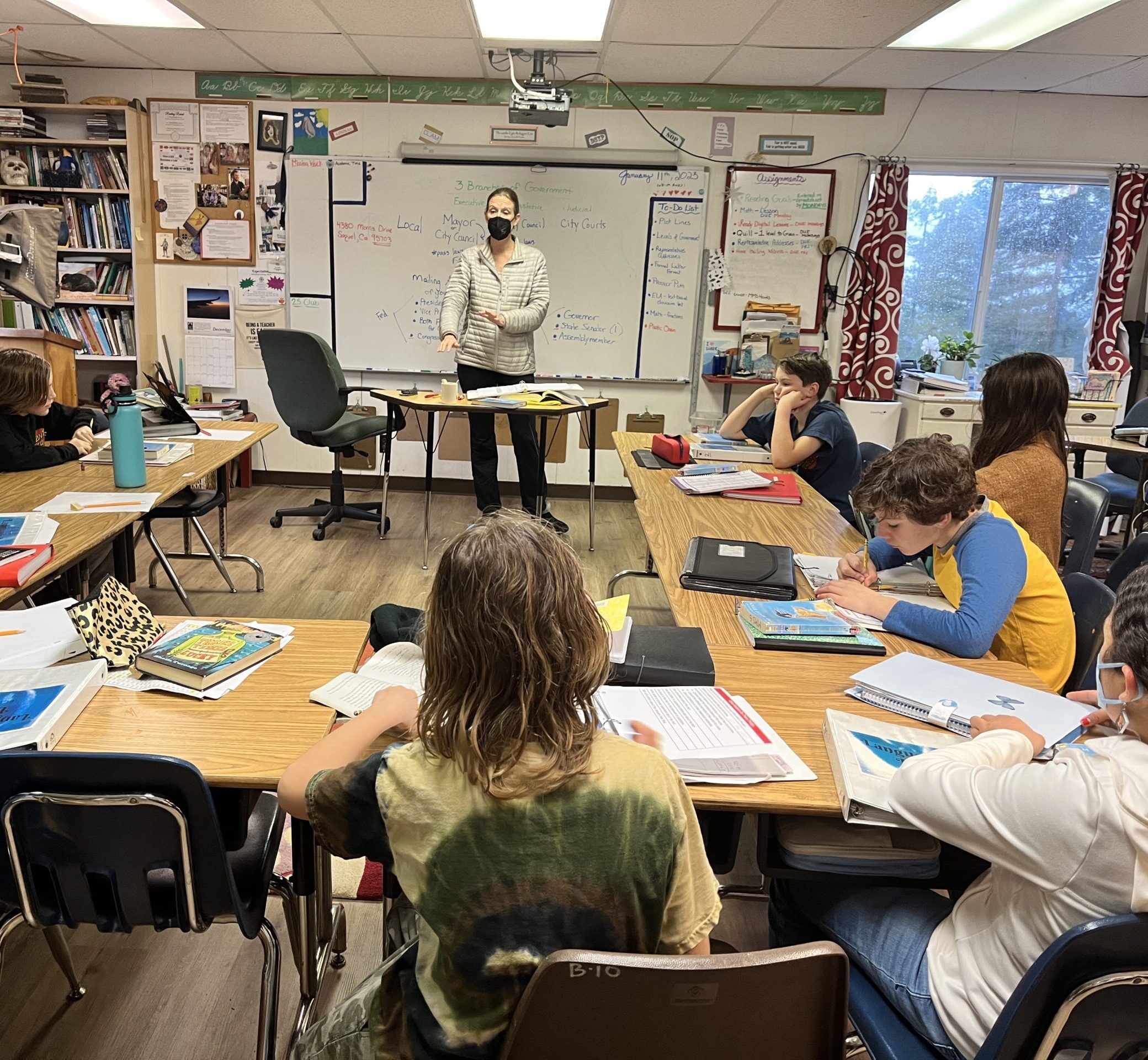 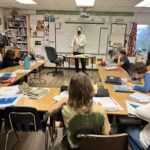 The novel centers around a young girl named Esperanza who grew up wealthy on her family’s ranch in Mexico. When her father is killed and childhood home is burned, she is forced to flee to California and settle in a Mexican farm labor camp.

“As part of this book study, we are comparing the experiences of the characters in the book to the Universal Declaration of Human Rights (UDHR). Throughout each chapter, we are analyzing one article on the UDHR as a means to explore the experiences of the characters and learn how to write effective summaries,” said fifth grade teacher Jessica Cambell. 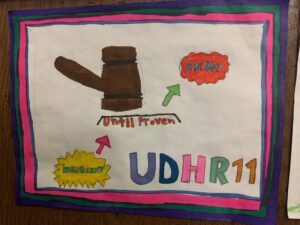 The students began the unit by each choosing an identified human right outlined in the UDHR, which was compiled by the United Nations in 1948. Each student chose a human right that was personally meaningful to them and created a poster capturing the importance of that right.

“We discuss the plot, the inciting incident, the vocabulary — but we are also examining how human rights have been violated in history and in present times,” Cambell said.

The class looks at race, class, gender and other intersections of privilege. Cambell commented that she likes Esperanza as a character because she is flawed.

“This book explores the issues from many perspectives,” said Cambell. ”Not one person or group of people is put on a pedestal. It’s a complex story with quite a bit of nuance for the grade level it is written for.”

Some of the content in the book has an emotional impact on the students, which is why the book is read in class over several months. Cambell says she prefers a slow read of this text because it helps students process the issues in it, and it helps keep the topic present in the classroom as students discuss current events throughout the school year. 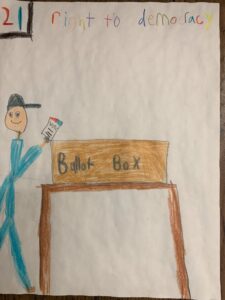 “The students are seeing that human rights violations are still happening today. We read this story set in the 1930s but we bring it back to modern times,” Cambell said.

The study is cross-integrated to the fifth grade units on the United States Constitution and Colonial America so that students have a comprehensive understanding of US history.

Currently, the students are about halfway through the novel.

“The characters in the story discriminate against each other a lot,” said fifth grader Parmita Jenkins-Wood. “Workers’ rights are abused. Some characters get rejected based on their skin color and then they cannot find work. The topics seem to get more challenging as we continue the book.” 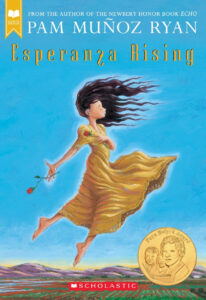 Student Jacquelyn Piccardo said that the book is teaching her about perseverance. “Esperanza has been through a lot but she’s still going.” Piccardo also noted the human rights issues that the book brings up, in light of Martin Luther King Jr. Day. “MLK fought for these issues and made progress but it’s not perfect.”

“In the book, there’s a character named Miguel who wants to do engineering because he is good at it, but he has to work at the railroad because he is Mexican. He doesn’t have a choice,” said classmate Dylan Kasznar.

Kasznar believes that workers’ rights are an ongoing issue. “Things have improved in some ways but not in all ways. What we can work on for the future is having a fair and free world,” he said.

At the end of the school year, students will present a character study from the novel in which they are expected to write a thesis and prove their thesis in the text. They may also take their learning to the real world with a trip to tour a migrant farm worker camp and have an agricultural celebration in which students can taste the various foods referenced in the book.