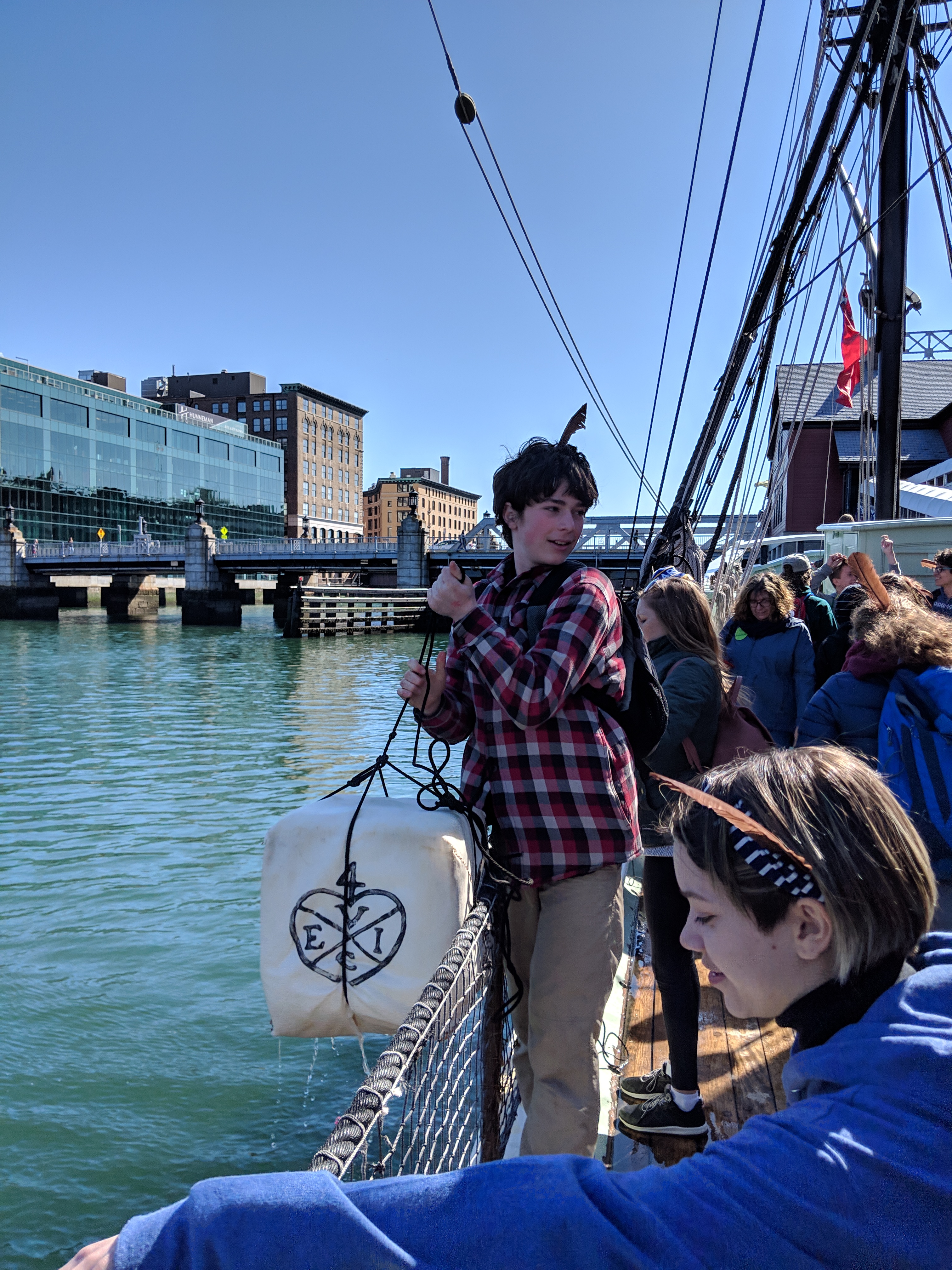 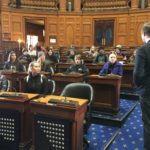 At start of their Boston-area history tour last spring, Mount Madonna School (MMS) eighth grade students did an exploration of several sites along the Freedom Trail, including a visit to the Massachusetts State House. It was there that a chance meeting led to an insightful, engaging – and unexpected – tour.

“We happened to meet Patrick Prendergast, chief of staff to Representative Paul Brodeur in the hallway,” shared middle school social studies teacher Chrislaine Miller. “Mr. Prendergast graciously offered to show us around, and proceeded to spend an hour discussing with us the history of Boston and the House and Senate, both past and present. We were all amazed and grateful for being able to experience a view of Boston history that few people receive when they visit the State House.” 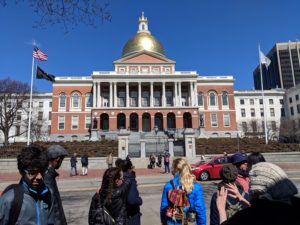 Led by MMS upper school history faculty, Miller and Tiffany Wayne, the six-day learning journey supported students’ classroom study, and provided students with an opportunity to survey the major events and ideas that led to the American Revolution. The tour highlighted the importance of Boston as a city that experienced slavery, revolution, and abolition, and how these events impacted the development of the early United States. The trip was successful and well-received, and the teachers are planning to offer it again over spring break in 2020, as an optional learning adventure for eighth graders.

“I believe that this trip deepened our students’ understanding of the foundational arguments for freedom and democracy, a core theme in the eighth grade history course of study,” commented Miller. “Our vision for the trip was certainly met, and more importantly, this was a learning journey where the kids learned how to travel together as a class. This was one of the real values of the trip. Students had to wake up and get ready on a schedule, then be off on the subway and into the very crowded public spaces. Sometimes we had to improvise with the situation. To do this with a group required a lot of maturity. We’re building on these experiences so that they are ready for their MMS high school learning journeys.” 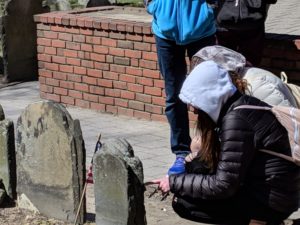 Following their return to MMS, Miller and her students each wrote and sent a letter of appreciation to Rep. Brodeur, to let him know how much they appreciated his chief of staff’s time and service. 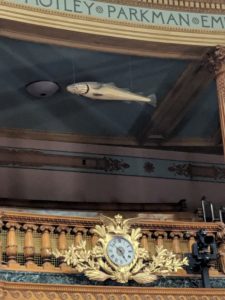 “He was really generous with his time in answering our questions,” shared student Jason Miller. “During our tour around the State House with Mr. Prendergast, we heard many things about Boston’s revolutionary history, including the poem about Paul Revere. He seemed to be a natural tour guide even though I know this is not what a chief of staff does every day. He allowed us to actually sit in the chairs in the House room while he talked to us about how government works. By far my favorite thing to learn about was the fish hanging in the back of the room. It was funny to hear that if the fish was not there, that the House could not start its business for the day. Throughout our week stay in Boston, our class went on more than a few tours around the area. While the places we visited were interesting, I will never forget being able to go the State House and actually feel like I was being treated as a special guest.” 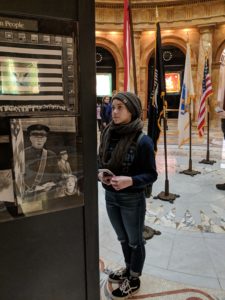 “I am grateful that Mr. Prendergast took us to watch Governor Charlie Baker swear someone into office,” shared classmate Cecily Kelly. “To watch from the side of the hall where the ceremony took place was really cool.”

“He gave us so much information about the different branches of the government and the different bills Massachusetts was trying to pass,” wrote Hobbs. “You could tell that he is very passionate about his job and that he loves what he does. I now have so much more knowledge than I did before about how politics work.

“I can really appreciate that you are working on the bill to try and reduce plastic bags to help the environment,” she continued. “I had done a project when I was in fifth grade that tried to reduce the use of plastic, specifically single-use plastic straws in Santa Cruz, California. My class and I went to different chain restaurants and asked them if it was possible for them to change to paper straws to help the environment. We also wrote a letter to our representatives in California, asking them to please help pass bills that will reduce single-use plastic. A year later in sixth grade, we found out our class had won the President’s Environmental Youth Award! My whole class flew to Washington D.C. to accept the award. It was great to feel that even our efforts as fifth graders can create change in our community.” 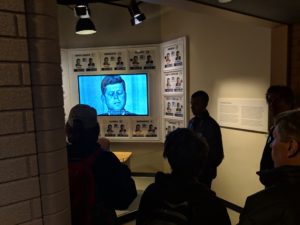 Another portion of their learning focused on “presidents,” with visits to the Adams National Historical Park in Quincy, and the John F. Kennedy Presidential Library and Museum at the University of Massachusetts, Boston.

The students also traveled to historic sites of interest  in Concord, location of the first battle of the American Revolution; and home to 19th century literary figures such as Louisa May Alcott, Nathaniel Hawthorne, and Henry David Thoreau (at Walden Pond). They visited Salem and learned about the colonial witchcraft trials. On their last full day in the area, focused on maritime and military history, students toured the USS Constitution ship and museum; the Bunker Hill monument; and a 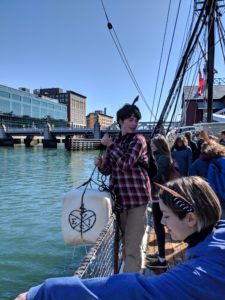 replica of an 18th-century trading ship, where they took part in a reenactment of the Boston Tea Party of 1773 by throwing bundles of British tea overboard.”

“My hope is that this trip created valuable memories and new experiences in traveling as a group for our eighth grade students, setting the groundwork for extended learning journeys to Washington, D.C. and internationally when they are juniors and seniors,” said Wayne. ”As far as the connections with our curriculum, I know the places we visited provided tangible connections and layers of meaning to events and places they either learned about in eighth grade or will study in future classes. I’m very excited that Chrislaine and I were able to work together to share our passion for history with the students!”