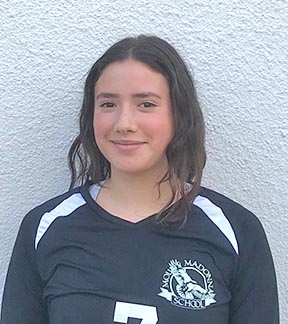 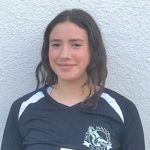 State Small Schools Player of Year: Paola Jacobs
Coming from a school of just 63 students, Paola and her teammates from Mt. Madonna of Watsonville are used to playing much larger schools and they’re now doing that all the way through the CIF state playoffs (due to competitive equity seeding). Jacobs not only led Mt. Madonna to the CIF Division 5 state title this season, but had a series of eye-opening performances. That’s why she’s now been selected as the state small schools player of the year. The 5-foot-9 senior had 25 kills and 17 digs in the team’s win against Nueva School of San Mateo for the NorCal crown and then in the state final against University of Los Angeles (enrollment more than 1,500) she racked up 24 kills and had seven digs as the Hawks won in four sets. It was the school’s second-ever CIF state title. Earlier in the season, Jacobs had 43 kills over four games in leading the team to a 4-0 record at the Alvarez Varsity Tournament. She’s been all-league the past three seasons in the Santa Cruz Coast Athletic Conference (which usually is good in volleyball) and for the season she had 446 kills, 403 digs and 63 aces.