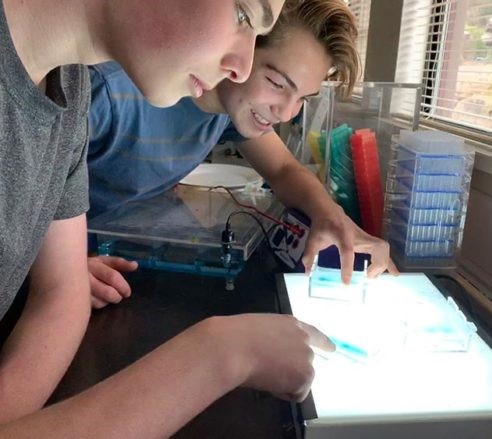 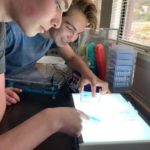 Freshmen students at Mount Madonna School have spent some time learning about forensic genetics and the structure of DNA. A recent project engaged the students as “detectives” collaborating in small groups to solve a “crime.”

Their “case” began with one vial of DNA collected from the crime scene and five suspects. The students had previously learned that enzymes can be used to cut DNA molecules into fragments that vary for different people. Making the fragments visible and sorted by size creates a “fingerprint,” or a pattern that is specific for individuals.

“It was hard to wrap my head around what was happening with the DNA in the lab,” said student Sam Kaplan. “Although it was a hands-on activity, you can’t see DNA, and that makes it hard to understand. Each step we did with our hands had a result on a molecular level that was nearly undetectable to the naked eye.” Read more