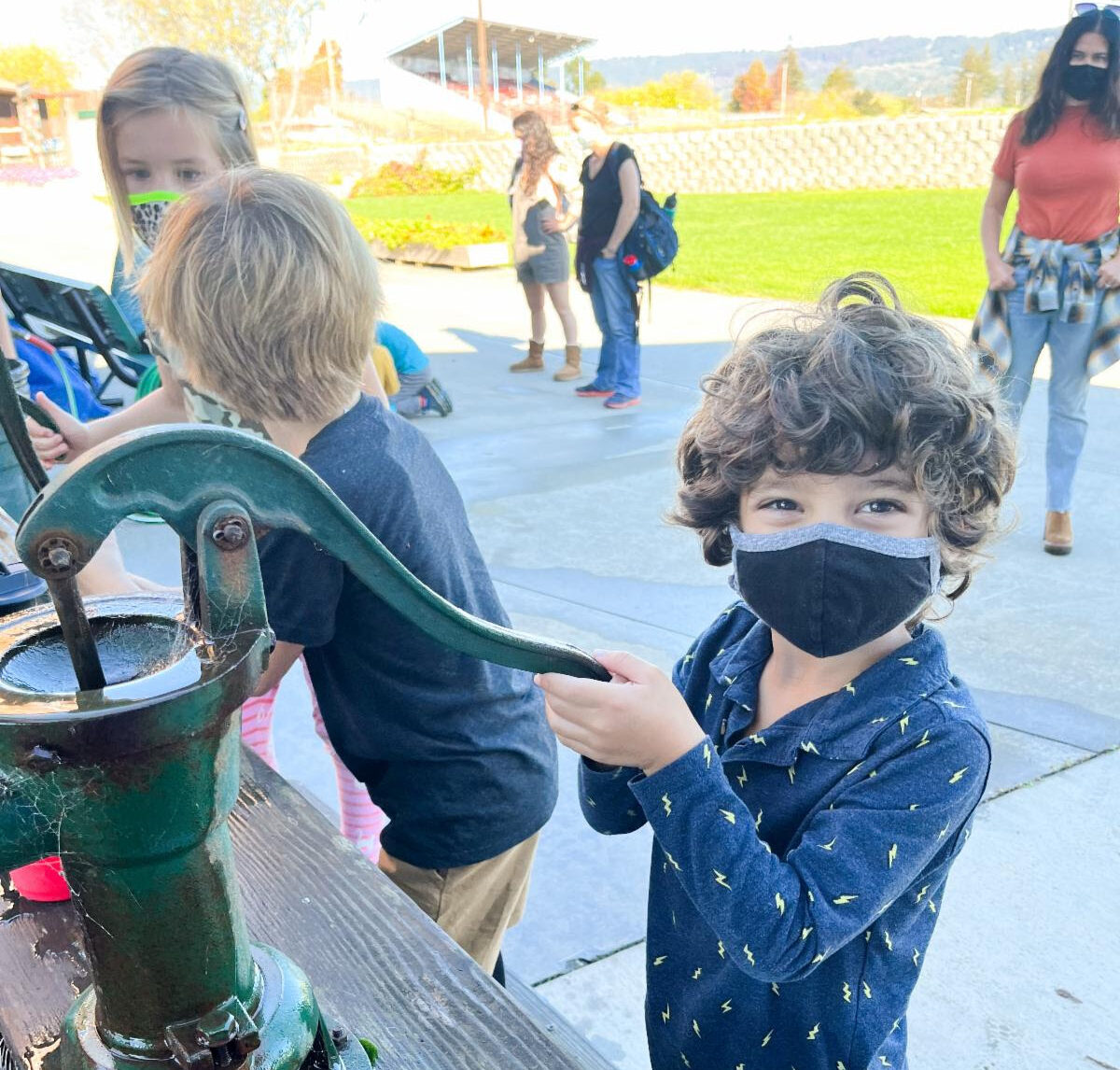 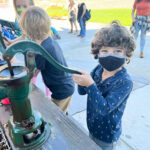 First grade students at Mount Madonna School (MMS) gained an appreciation for modern technology during a field trip to the Agricultural History Project Center and Museum in Watsonville, where they had the opportunity for immersive learning about colonial times.

During the November 12 trip, students made their own butter, milked a simulated cow, ground corn, played old-fashioned games, and hand-washed laundry. It sparked educational discussion on how Americans lived, cooked, played and got around more than two hundred years ago, said first grade teacher Cassia Laffin.

“It’s a chance for students to compare past and present to develop a deeper appreciation for things today, and imagine what it was like to be a child in colonial days,” Laffin said. “The students brought a lot of engagement to it and grappled with what things were like then.”

“People had to walk everywhere back then. Then the world sped up and then came trains and then cars,” said first grader Milo Linquist.

“If your tooth hurt, the dentist would just yank it out!” first grader Cuinn Connelly added.

First grader Hendrix Kasznar agreed. “Yeah, things were way harder back then. Kids had to work as hard as the parents. Every day they had to milk the cow before school! But it was fun to learn to milk a cow and make butter. I guess you get a lot more exercise because you had to shake and shake and shake it.”

“Yeah, we had to shake it for a super-long time,” said first grader Harper Sebok. “We also took a rook and ground corn to make cornmeal which is how people used to cook.”

Connelly said that overall, he’s grateful to live in modern times. “But it’s good to learn about how different things were back then,” he said.