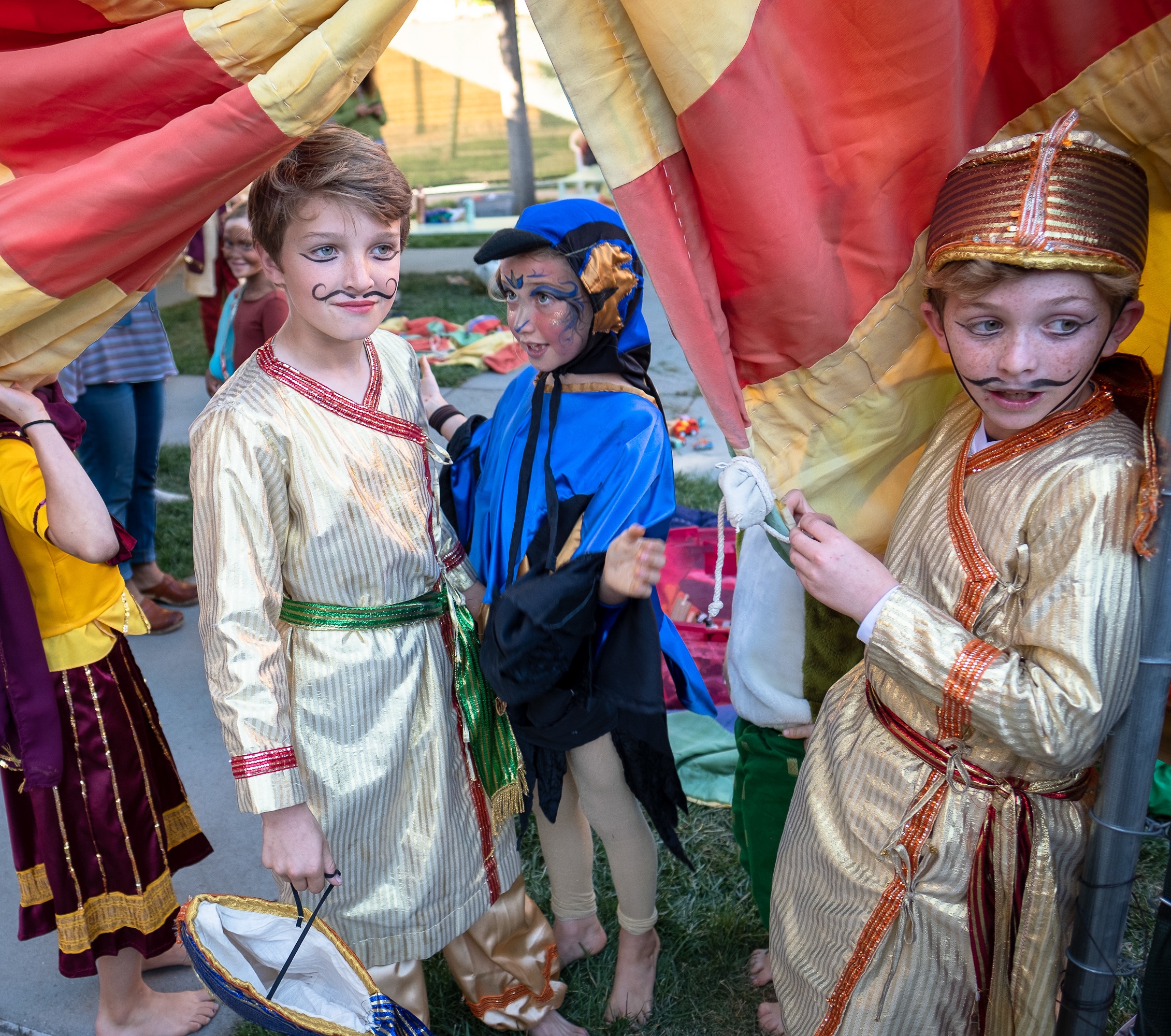 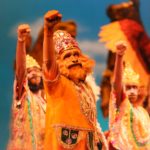 Join Hanuman, the monkeys, and princes Ram and Lakshman, as they journey to Lanka in their quest to rescue the Princess Sita in Ramayana!, Mount Madonna School’s (MMS) 41st annual musical theater production adapted for modern audiences and replete with lively action, dazzling costumes, family humor, and universal life lessons. 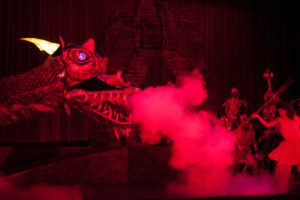 With a cast and crew approaching 200, and involving all students, preschool to grade 12, Ramayana! tells the story of Prince Ram and Princess Sita and her abduction by the demon King Ravana. Set to a mix of traditional and contemporary music, the show features an adult choir and musicians with more than a dozen original, standout songs.

“Ramayana! has been central to Mount Madonna School since its founding,” said Head of School Mary Supriya McDonald. “It’s the culmination of months of work during the academic year and is a year-end celebration for our community embracing diversity and creative self-expression. With this show, we carry forward a tradition inspired by Baba Hari Dass (1923-2018) and supported by the Mount Madonna Center. The Ramayana is a timeless classic teaching the universal values of truth, duty, love and service to the greater good.”

Mount Madonna Center (MMC) for the Creative Arts and Sciences is a residential community and conference center founded in 1978 atop a mountain in Watsonville. Baba Hari Dass (Babaji), a silent monk, teacher, and practitioner of yoga from India was the founder of the center, which shares a history and mission with the school, and the annual performance of the Ramayana! is part of this mission. The well-known tale with origins in India was adapted into a musical by members of the Mount Madonna community in the 1970s. The original songs are part of the American rock musical theater tradition, with echoes of Hair and Jesus Christ Superstar, plus a contemporary nod to Hamilton, Broadway’s biggest musical in recent decades. 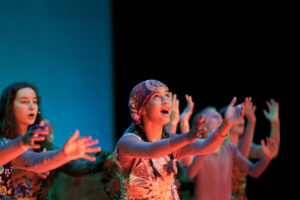 “Mounting a show that has been part of the fabric of MMS for more than four decades carries with it the importance of tradition as well as the benefits of familiarity,” commented faculty member Sampad Kachuck, currently in his 36th year directing the production. “Some students have participated since they were in preschool. Although new songs, script changes and technical aspects are often inserted, the form stays mainly the same. As we approach a new year of Ramayana!, our purpose is not to merely re-create what has been done in the past, as brilliant as those productions and characterizations may have been. Instead, the true value of the endeavor lies in our willingness to be present, engaged, and, within our dynamic collaboration, open to new discovery.” 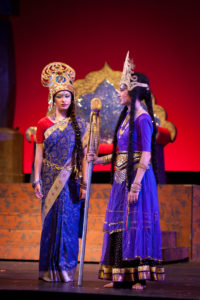 Indeed the directors guide and give structure, but more importantly, their mission is to enable and set an inviting table for young actors to instill their own creativity, imagination, and ownership of their parts, and their play. Ramayana! is an emblematic example of theater as community. The development of theatrical skills and strengthening of confidence to be bold in presentation are woven into the directing team’s time with the students.

“Over the course of four-plus months, we work and play hard, and through teamwork and trust, take the risks of engagement, experimentation and discovery,” added Kachuck. “This dedication is what makes each year’s production new. In the end, we create a play called Ramayana!, paradoxically both familiar and quintessentially unique.”

The current version of the show features choreographed fight scenes, monkeys and monsters, comedy, deep introspection by many characters, including King Ravana (in his unique ten-headed costume). Also within the action are rousing choreographed dances from Bharatanatyam to hip hop, as well as plenty of stage combat and spectacle. 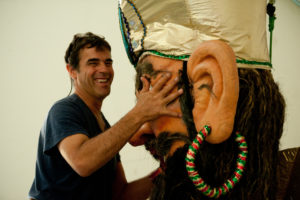 The costumes, demon and monkey masks, elaborate sets, props, and monster rigs (such as Kumbhakarna, a 25-foot puppet with a radio-controlled mechanical mouth and eyes) were created by Baba Hari Dass, as well as artisans associated with both the center and the school. Every item in the show is a work of handmade art.

“I see Ramayana! as a beautiful amalgamation of tradition and community,” said Kachuck. “The power of theatre, and of this play in particular, is how it brings all kinds together. On the production end we work side by side and once the performance occurs, each of us as audience or participant can have our own experience, while acknowledging and honoring the efforts of the whole.” 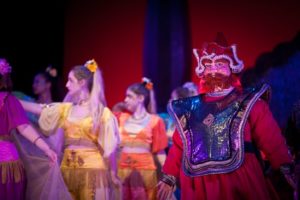 Ramayana! is a Broadway-caliber production, unique in its ambition. Now forty-one years running, the show is a major contribution to the artistic and cultural life of the San Francisco and Monterey bay areas, the expression of a living tradition with ties to India and the global Indian diaspora, and a unique treasure for generations of students and theater goers.