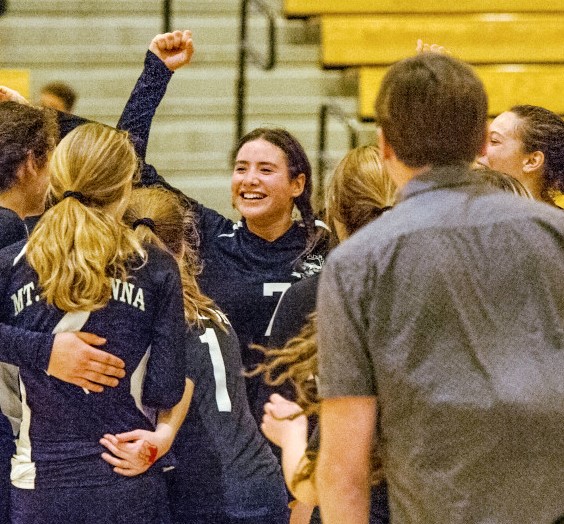 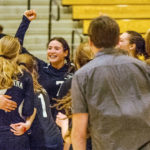 PALO ALTO — The fifth and deciding set of the Central Coast Section Division V girls volleyball championship match between Mount Madonna School and Nueva was tied at 10-all on Saturday at Palo Alto High. It was a five-point match for the title.

Then tied at 11. More tension. And tied at 12. More excitement. And tied at 13. The intensity and pressure mounted. It was now a two-point match for the title.

The Hawks’ Liana Kitchel pounded back down a Nueva overpass for a 14-13 lead. Time out Nueva. Mount Madonna senior Paola Jacobs was due to serve.

“Coach told me to aim my serve at the right side of the player in the back far side,” Jacobs said.

“I told her to serve that corner,” Hawks coach Erin Mitchell said. “It’s a bit of a risky serve to go cross-court, but their other outside hitter was passing dimes.”

And obviously avoid the libero at center back. Read more