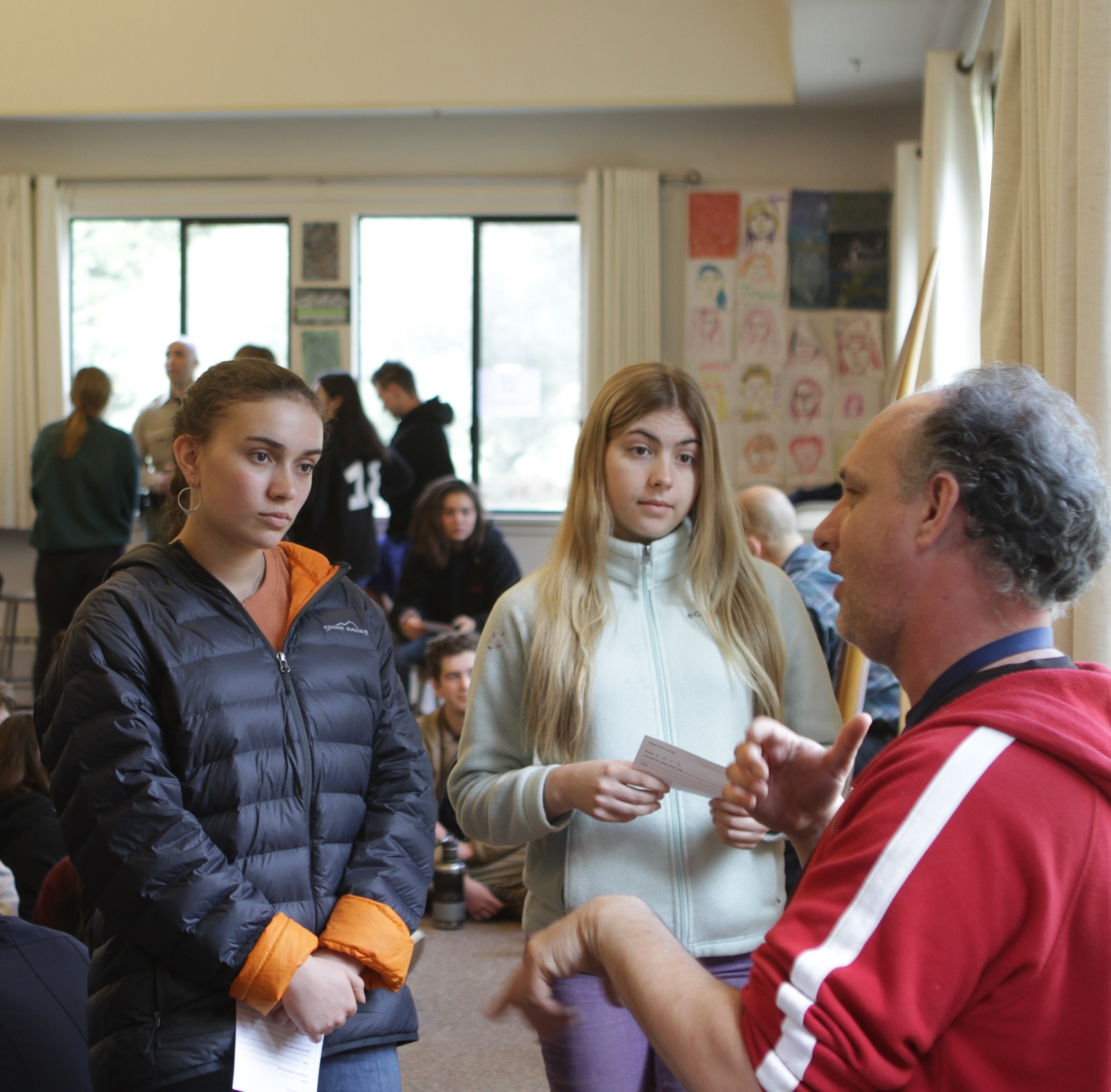 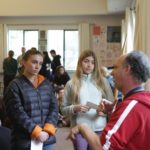 On Friday, March 8, Mount Madonna’s high school students were treated for the ninth consecutive year to the annual Career Forum, a parent organized and led event that hopes to provide the students with a glimpse of some interesting careers – and the more often than not twisty and curvy paths that may have led to these careers.

This year participants included an interesting mix of career representatives: a deputy sheriff, a Pulitzer Prize-winning journalist, a banker-turned-musician, a lawyer-turned-gun violence prevention advocate, a Microsoft executive, a firefighter, the owner of a marketing company, and a Pixar software designer. Many thanks to Brian Erbe, James Burgess, Martha Mendoza, Nico Peruzzi, Austin Shaw, David Dennis, and Zachary Wilson for dedicating their morning and sharing their experiences with the students. I was also happy to be able to participate in this the event this year. 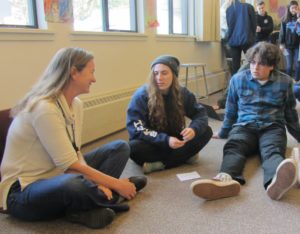 The Career Forum planning committee was headed up by Beth Brennan and included myself, Ariel Benson, Forrest Cambell, and Peggy Moore. Brennan started the event off with a warm welcome to students and participants alike. The students then competed against each other in a fun rendition of the classic game “What’s My Line,” where each class tried to determine which one of the participants was most likely to have said a particular statement about their career journey. After the game (the juniors were the victors!).

Cambell introduced the students to the idea of a “failure resume,” a way to mark those unsuccessful moments in life and learn from them. The students, in small groups, then engaged with each participant, asking questions and listening intently as each participant unveiled a bit about his or her particular career journey and current job(s). Several of the participants shared their belief in choosing a career that you truly enjoy.

“I went to a small liberal arts college in upstate New York, then worked for Merrill Lynch for six years,” said Shaw, who left the banking industry and pursued a career as a musician. “I’ve worked with big banks, and while it was a great learning experience, I just wasn’t passionate about it.” 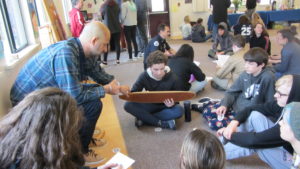 “Happiness is important in a career,” stated Peruzzi. “You gotta get up every day and go to work. You’re not going to feel Great Inspiration each and every day, but it’s important when choosing your career to consider your purpose, if you enjoy what you’re doing and if it meets your needs.”

Wilson, a firefighter, would agree: “I don’t always like my job, though it’s definitely interesting. It has its highs and lows. It’s been a pretty long path to get to the job where I am now, and where I’ve been for the last 11 years.”

In addition to generally conveying the idea of choosing a career path that excites, the participants provided the students with some insight into their chosen fields. 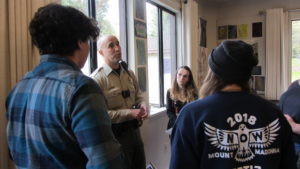 “I’m an investigative reporter and it’s my job to dig into other people’s business,” said Mendoza. She then shared stories of covering topics from human trafficking in the fishing industry in Southeast Asia, to sexual abuses by priests in the Catholic Church, to school shootings and wildfire disasters. James Burgess shared the Pixar software patents that his work contributed to, and Erbe, a deputy sheriff in Watsonville, told the students of the challenges of working in the community where he grew up:

“Sometimes the 911 call I’m responding to are people I know,” he commented.

The message of learning and growth pervaded the Forum, as the participants reminded the students that life is a journey in which learning never ends.

“Every single day in my job I have failures,” noted Dennis, a Microsoft executive, “and each failure is an opportunity to make changes and improve, to grow.” 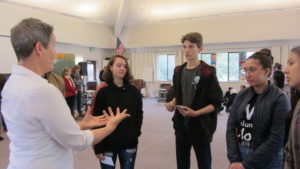 I would have to agree. What I have taken away from my formative experiences, including working as a magazine editor, lawyer, college instructor and gun violence prevention advocate, and was happy to share with students, is to “Never stop learning, because you never know where life is going to take you.”