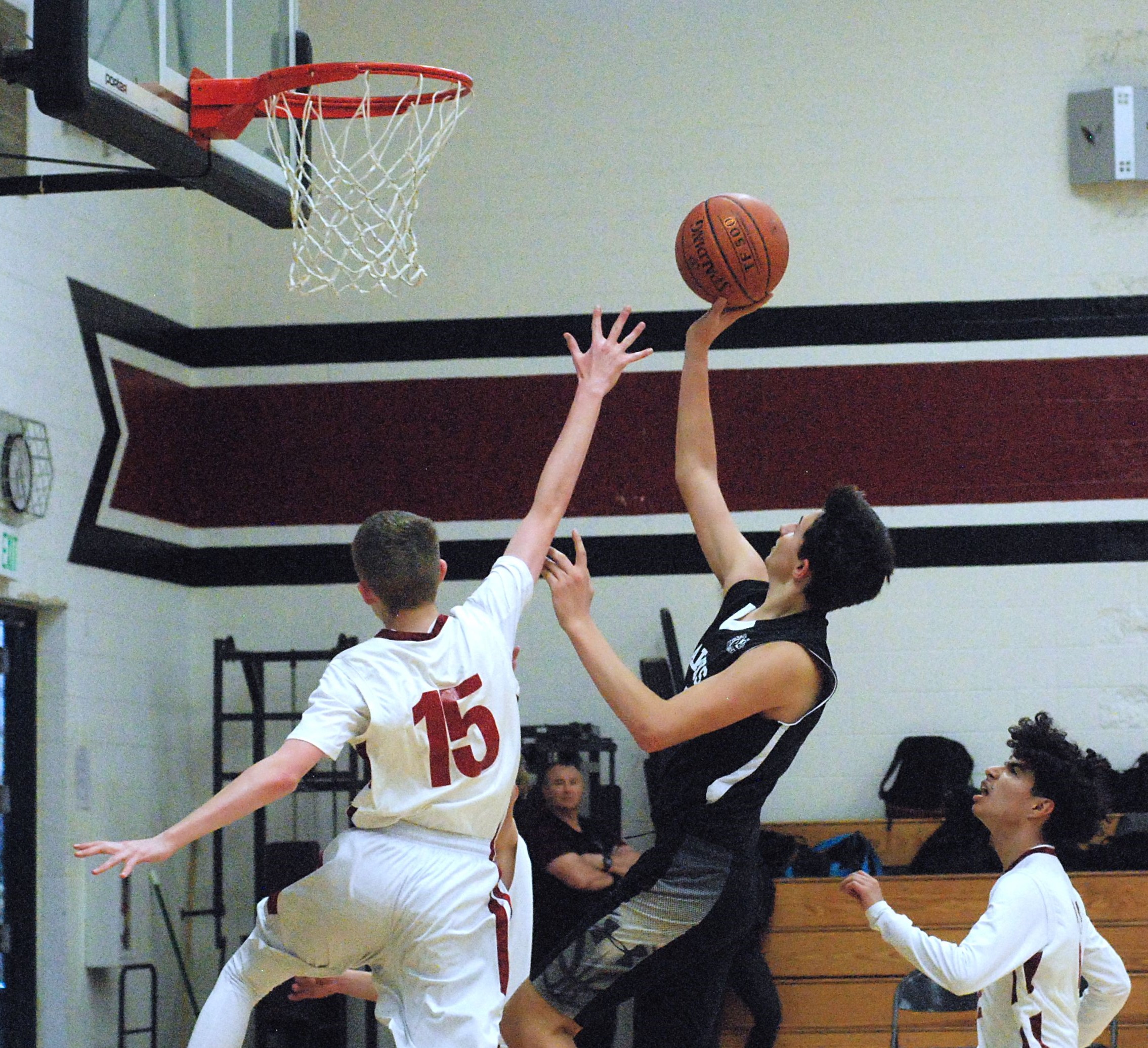 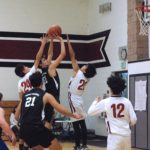 Under the guidance of Coach Nick Cabassa, Mount Madonna’s high school basketball program has steadily developed. Senior Maverick Bettencourt, who was new to the sport when he joined the team as a freshman, was captain this year and devoted time to encouraging other boys to turn out and play, including several newcomers to the sport.

While Hawks basketball is not currently part of a league, the team did compete in scrimmage games with Anzar and Harbor high schools, including, recently, a match with Anzar hosted by MMS in the Hawks’ Nest (MMS’ second [ever] home basketball game).

“Although we lost, our team played really well,” noted Cabassa. “The boys came in sporting new uniforms and real determination. They displayed sportsmanship and played with heart, and as a result, we finished with 52 points, making it the highest-scoring game ever for an MMS basketball team.

“Special kudos to senior Noah Tervalon,” continued Cabassa. “He’s only been playing this sport for a few months, and in our last game scored 15 points! He’s an experienced volleyball player, and it was a natural switch for him to take his athleticism and use it to play basketball.”

“The fact that our team was able to go out, play a few games, and get a new best score, was a great experience,” said junior Oliver Mensinger. “I am glad to have shared that with my teammates.”

Cabassa praised the team members – Bettencourt, Tervalon, Mensinger, Braeden Will, Connor Murphy, Given Reyhani, Sammy Caudill, and Octavio Moreno, and noted that each athlete significantly improved their skills over the course of the season.

“I felt like we, as a team, just wanted to progress and move forward. This positive momentum moved me and all the other players toward getting better, without any negative behavior, commented junior Octavio Moreno. “I felt supported throughout the entire process.”

Cabassa, who played basketball as a kid and during high school, said he is enjoying coaching Hawks’ basketball:

“I appreciate being able to help build another sport into a solid part of our athletic program.”