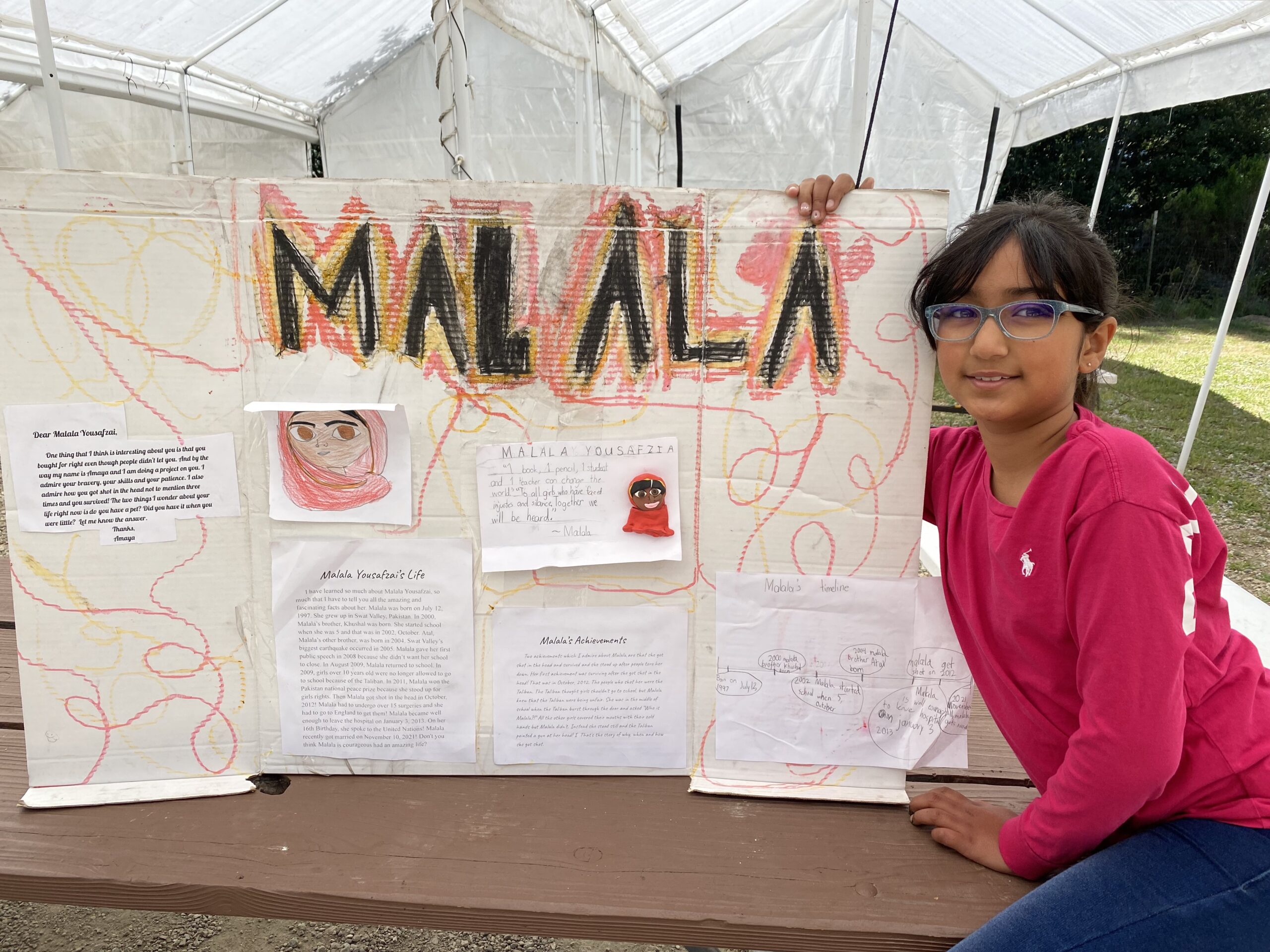 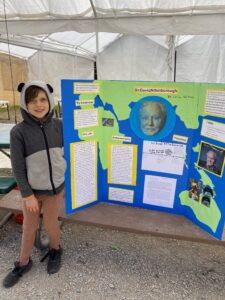 This spring, Mount Madonna School (MMS) third grade students combined history with journalistic and oral presentation skills by completing a deeply researched biography project that they presented to their classmates. Each student picked a notable person who inspires them in a personal way, and followed their passion to dive into their research.

“It inspired us to be powerful like the people we learned about,” said Amaya Bakhru.

Student Cala Watson picked the conservationist David Attenborough because she was impressed by his dedication to exploring the world and saving animals who are at risk of extinction.

“He’s been to every single continent, and he spent his whole life making the world better,” Watson said. As part of her project, Watson wrote to Attenborough–and to her delight, he wrote back! Attenborough thanked her for her interest in conservation and encouraged her to keep pursuing her passion. 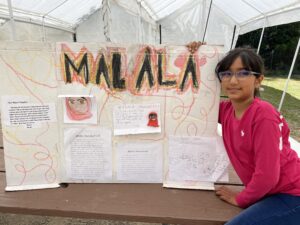 The students’ presentations included thorough research of their subjects’ childhoods, accomplishments, and personal life, and in the process, each student discovered something to apply to their own life.

Amaya Bakhru chose Malala, the woman who was shot by the Taliban in 2009 and recovered, continuing to stand up for the right for girls to go to school.

“She risked her life for it because she believed in it so much,” Bakhru said.

Bakhru picked Malala because Malala is Indian. “It is cool to see an Indian girl like me make such a difference in the world,” she said. 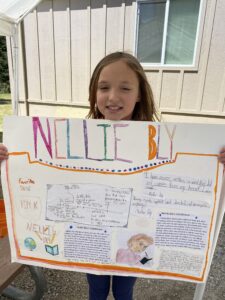 Like Bakhru, many of the students chose their subjects because of a personal tie, and their excitement for that tie was evident in the way their eyes lit up when they talked about it. Student Jasper Magill chose Mark Twain because his grandmother loves his books and read them as a child. Arias Aguirre chose Jackie Robinson because he shares a deep passion for baseball. Student Georgie Gelsinger chose the first female American journalist Nellie Bly because she loves to write books and magazines at home.

“Nellie Bly read a fiction book about someone traveling around the world in 80 days, and she thought, ‘I want to do that in real life!’” Gelsinger said. “She was the first woman to travel around the world – and then she wrote about her adventures. After that, she wrote a ton of books in her lifetime.”

“I’m obsessed with ‘Hamilton,’ and all his other music,” said student Asher Brinton, who studied Miranda. “Honestly, his life shows that if you get really into something, you can do anything.”

MMI and MMS Present: The Social Neuroscience of Mindfulness, Empathy, Compassion & its Training